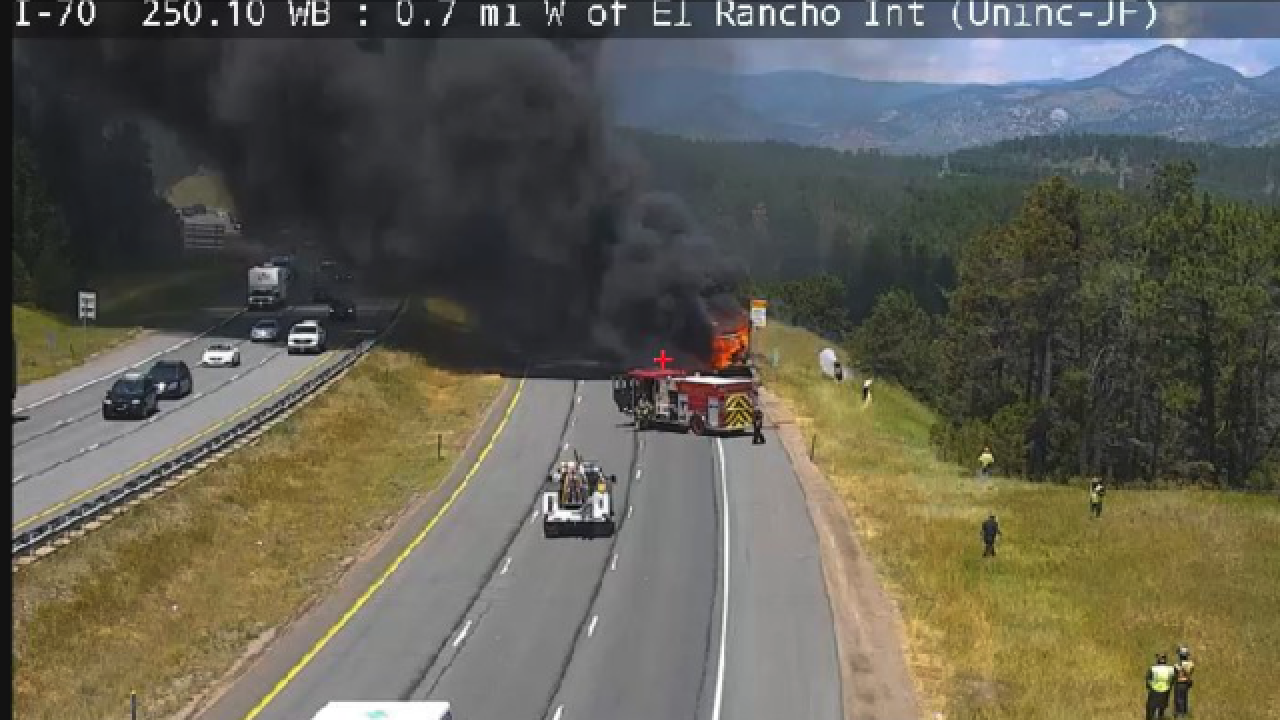 EVERGREEN, Colo. – Westbound Interstate 70 near Evergreen s back open after a large RV fire shut down both lanes for several hours Thursday afternoon.

Flames from the fully-engulfed RV were shooting across the highway by the time Evergreen firefighters arrived on scene around 12:15 p.m. Crews had the fire completely out in less than an hour.

The blaze did not appear to be the result of a crash, and no injuries were reported. An investigation into what caused the fire is ongoing.

The RV, towing a trailer with two ATVs, was approaching the El Rancho exit when the fire broke out. A photo shared on Twitter by the Colorado State Patrol showed what remained of the vehicle, which appears to be a total loss.

The closure caused significant delays in the area. CDOT cameras showed traffic was backed up for miles. At least one lane of westbound traffic was allowed through while crews cleared the scene. The interstate was fully reopened around 3 p.m.