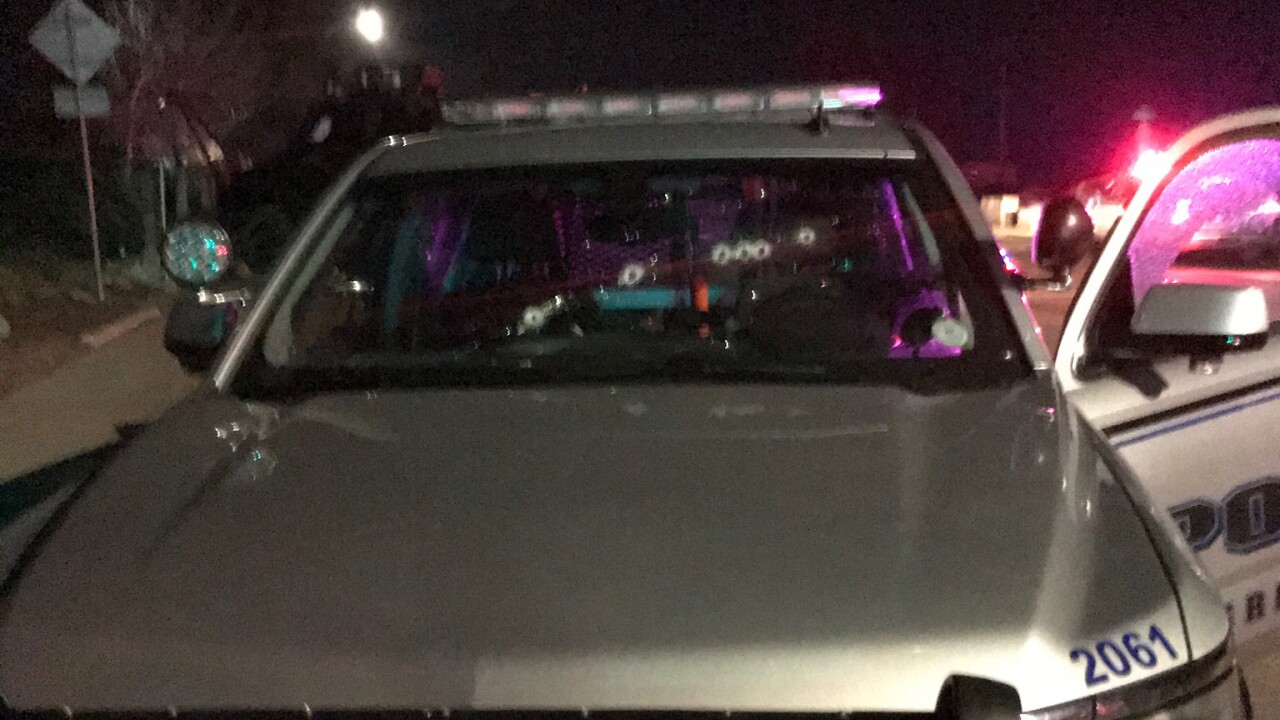 Copyright 2019 Scripps Media, Inc. All rights reserved. This material may not be published, broadcast, rewritten, or redistributed.
Greeley Police Dept. 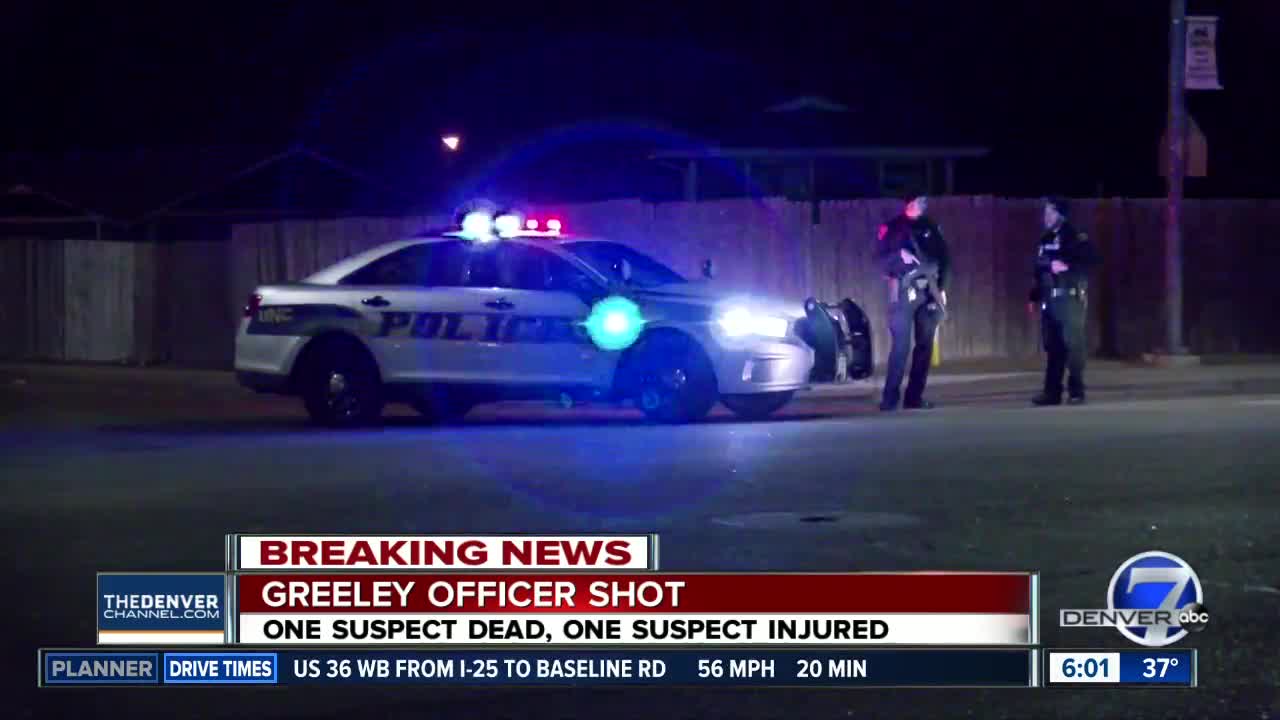 EVANS, Colo. — A police officer and a suspect were both injured and a second suspect dead following a pursuit and shootout in Weld County late Thursday.

Authorities said Greeley police responded to the area of 13th Street and 26th Avenue just before 9:30 p.m. after receiving a report that someone in a white Chevrolet or GMC pickup had shot at another vehicle.

Greeley police later spotted the pickup near 37th Street and 47th Avenue, deputies said, and followed it to 37th and Marigold, where two suspects got out of the vehicle and started shooting at the officer, firing several rounds. Authorities shared a photo that showed several bullet holes in the officer's patrol vehicle.

Authorities said one officer and one suspect were injured. The second suspect fled into a home and barricaded himself inside, deputies said.

As more police and SWAT responded and surrounded the home, officers heard a gunshot inside. When the officers got inside and searched the home, they found the suspect dead, deputies said.

The 19th Judicial Critical Incident Response Team will be taking over the investigation of the incident.

This is a developing story and will be updated as new information becomes available.