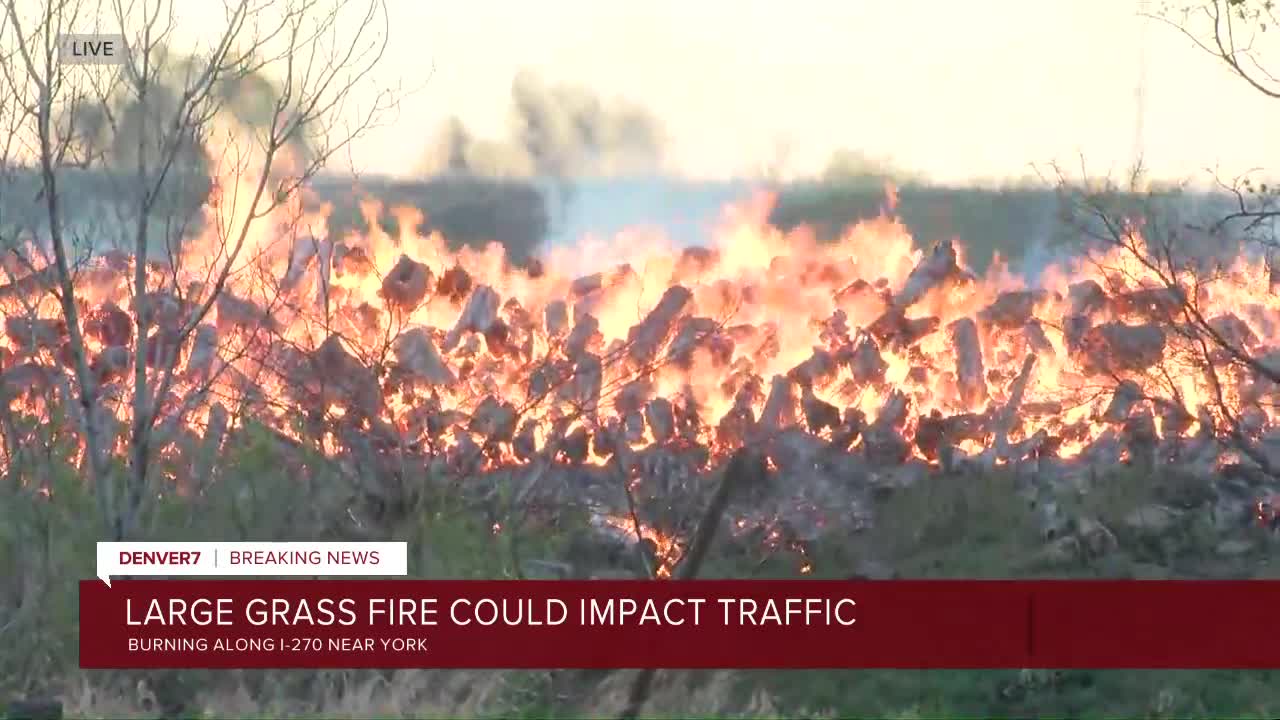 Fire crews are working at a large grass fire along Interstate 270 near the South Platte River in the Commerce City area. 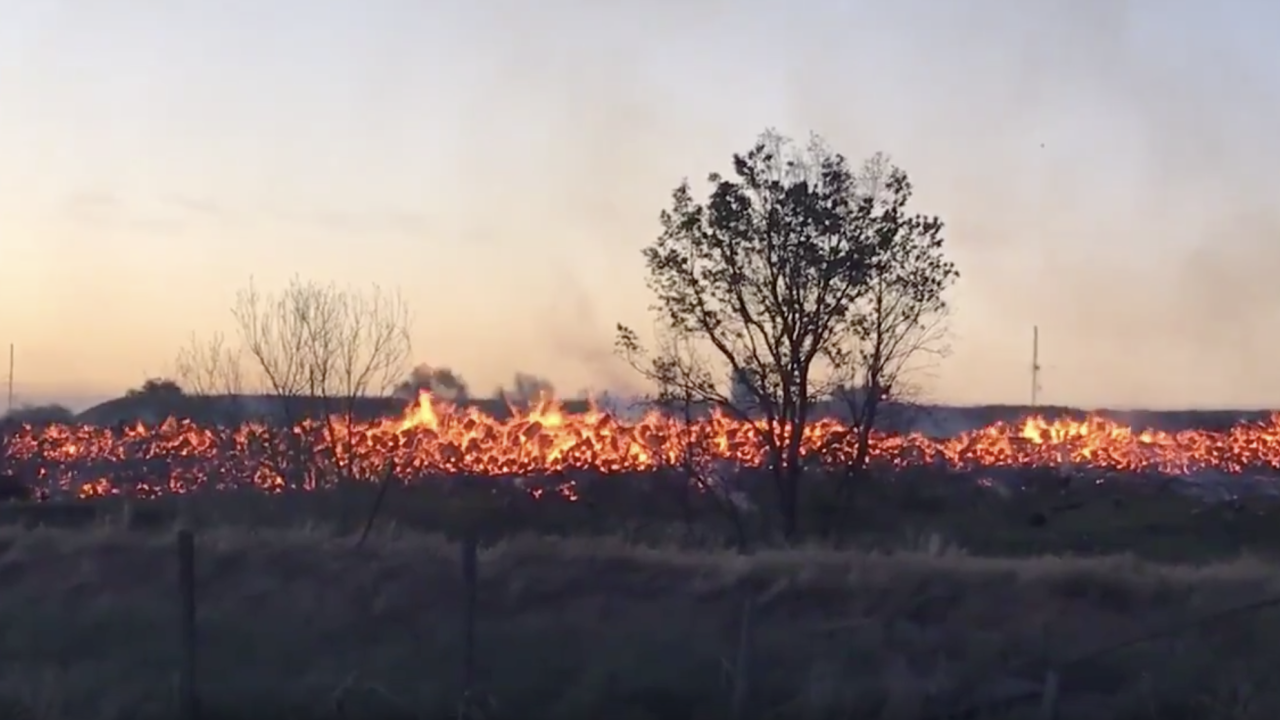 ADAMS COUNTY, Colo. — Fire crews are working at a large fire along Interstate 270 near the South Platte River in the Commerce City area.

A grass fire was reported just after midnight along I-270, west of Vasquez Boulevard. Since then, it has “grown significantly,” according to the South Adams County Fire Department.

According to the fire department, it started out as a brush fire, but it is now burning a large pile wood pallets. Firefighters are currently working to contain, not necessarily extinguish, the fire.

The fire is close to the interstate, but not right next to it, so traffic is still being permitted.

Drivers will see smoke in the area. The westbound side of I-270 is slowing down due to the fire. Drivers can use Interstate 70 and Interstate 25 to get around the slow-down — both are wide open.

No injuries have been reported.