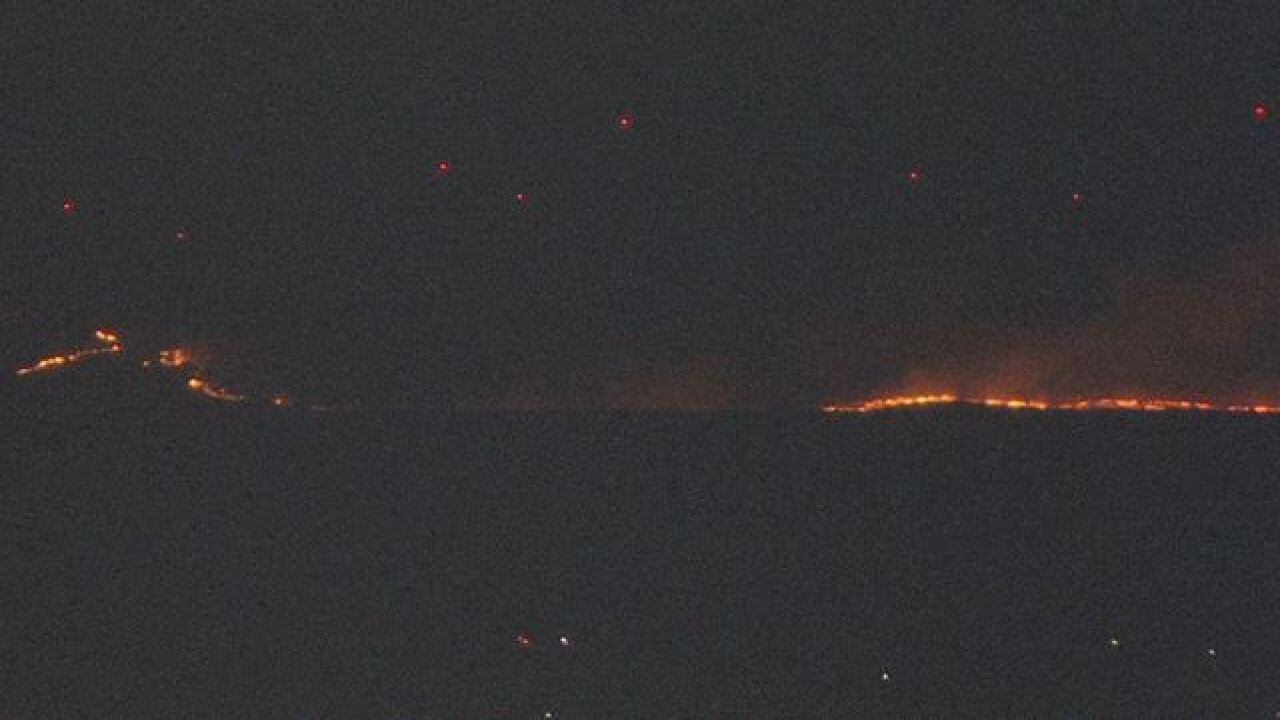 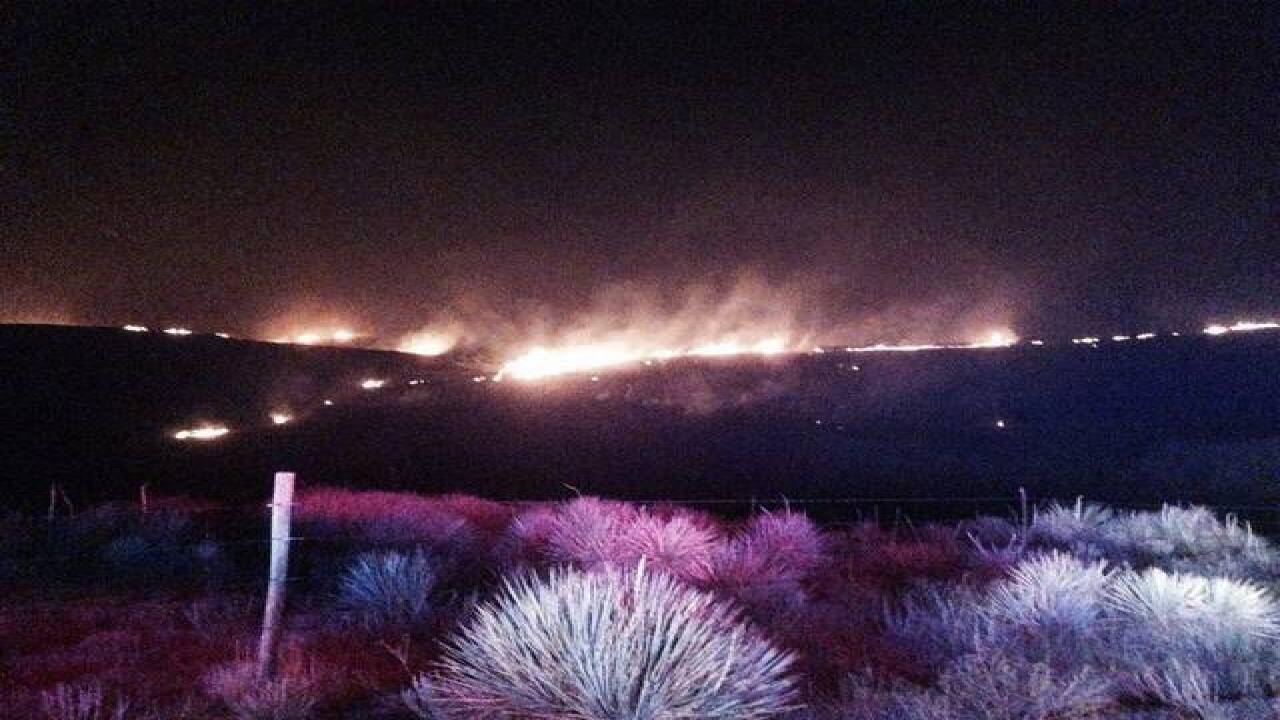 The Basin Fire started Monday evening and was burning in a ravine east of  town.

It was difficult for crews to access the fire because of the terrain, a spokesperson with Elizabeth Fire Rescue told Denver7.

Early in the evenings winds were fueling the flames.

There were no structures threatened or injuries reported, according to the Elbert County Sheriff's office.

Crews were expected to be on the fire lines overnight.

"Due to the rough terrain and vast geography there has been no containment," the Sheriff's office said in a Facebook post .