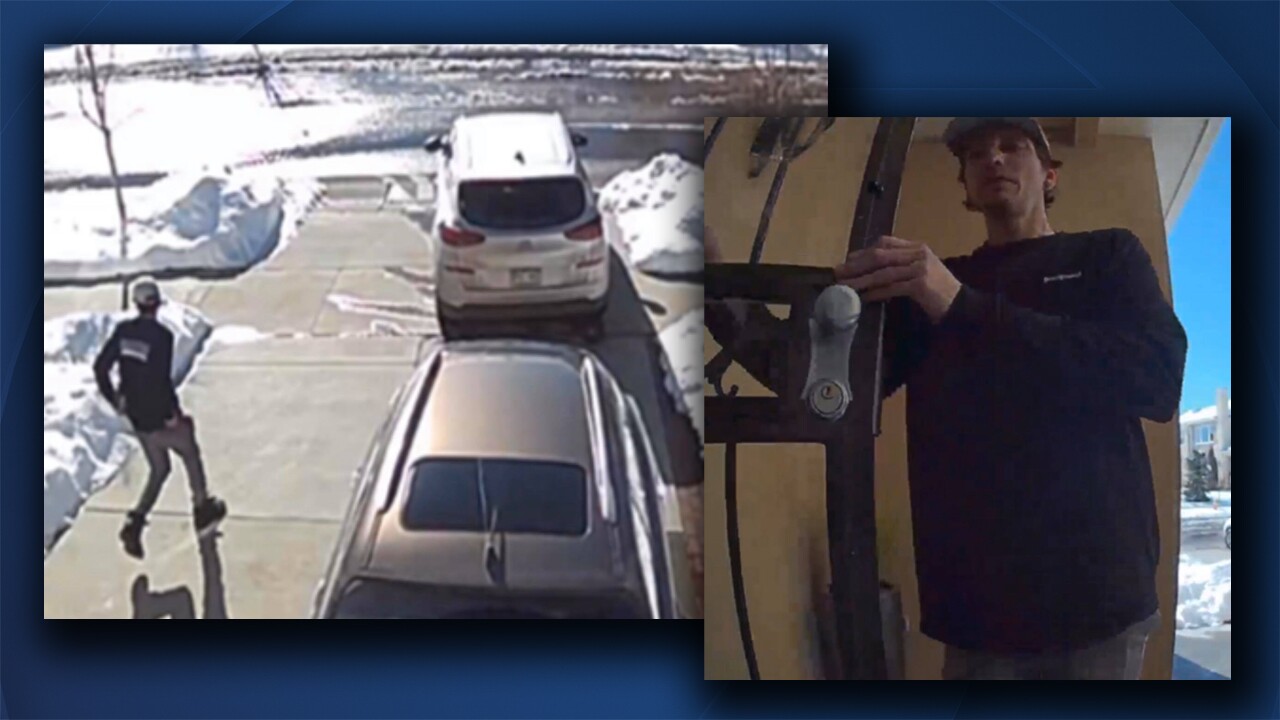 LAKEWOOD, Colo. — Lakewood police said they suspect a man of stealing multiple items from open houses over the weekend.

Police said he walked calmly throughout the houses while realtors were present. He introduced himself as Thomas Ellington, but police said that appears to be a false name.

The suspect is described as a white male in his late 20s or early 30s. He was wearing a long-sleeved T-shirt with the Patagonia logo on the back. Police said he was driving a silver SUV.