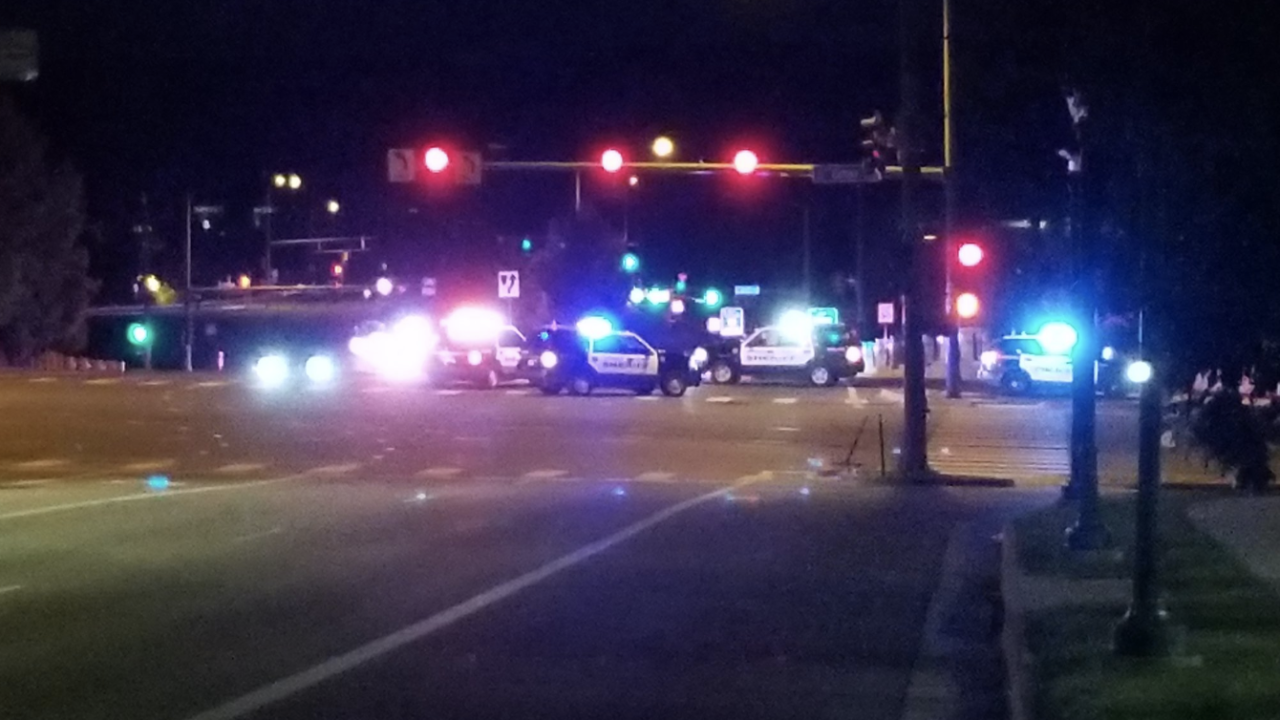 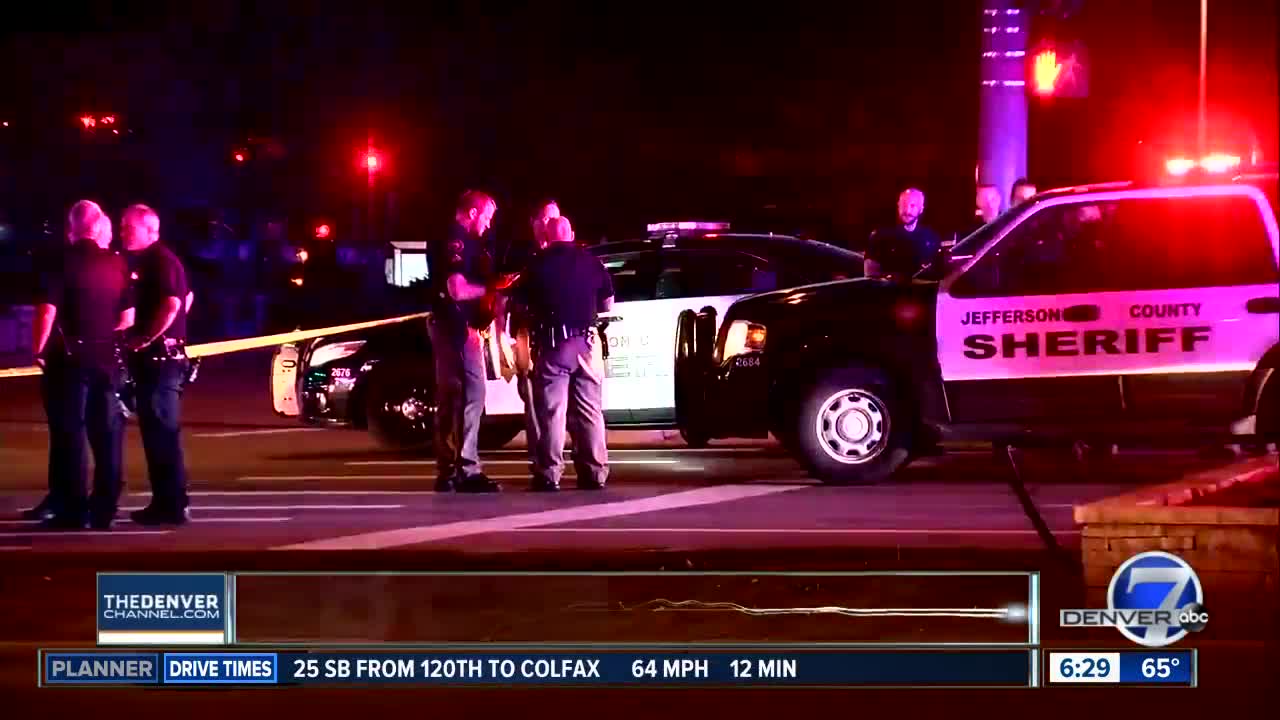 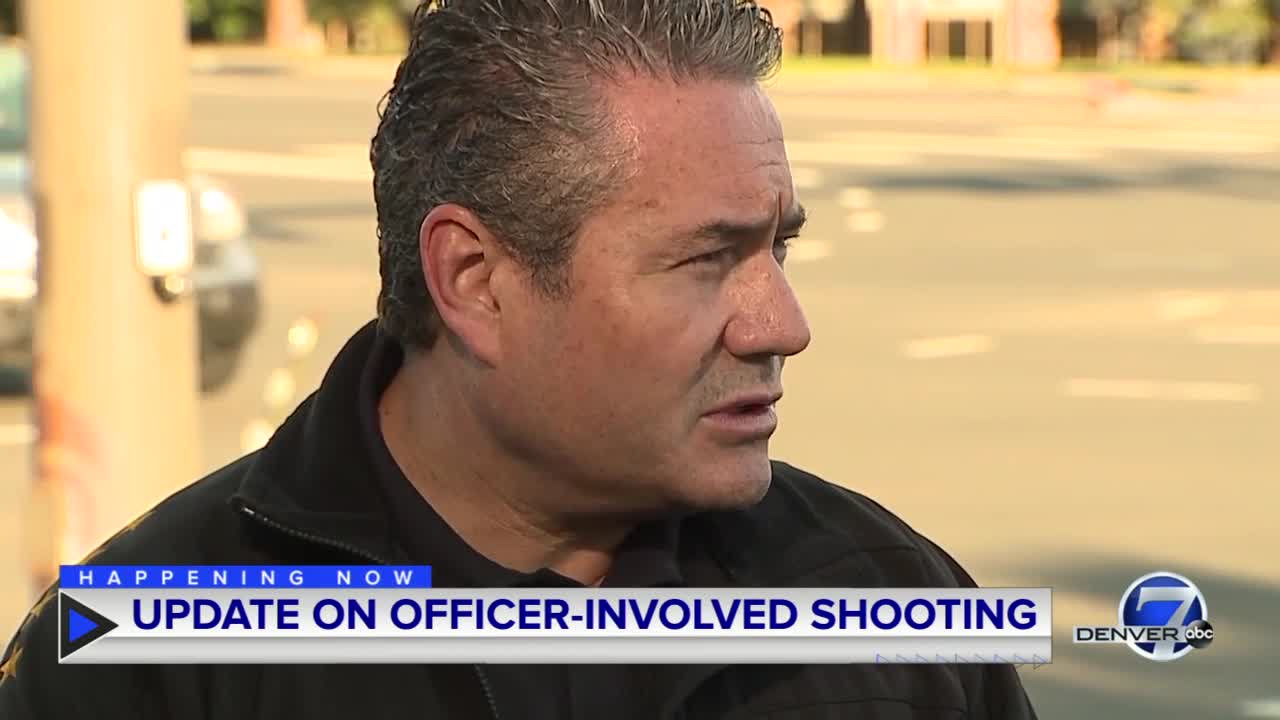 LAKEWOOD, Colo. — A homicide suspect died after an officer-involved shooting near the Colorado Mills mall in Lakewood early Thursday morning.

Multiple agencies, including the Lakewood Police Department, Denver Police Department, Jefferson County Sheriff's Office and Colorado State Patrol, responded to the incident, which happened in the early hours of the Fourth of July.

When the officers located the suspect in a vehicle early Thursday morning, a pursuit began, said Denver Police Chief Paul Pazen. The pursuit led them into Lakewood.

Shortly after 4:10 a.m., the suspect and a Denver patrol car crashed in the intersection of Denver West Colorado Mills Parkway and Cole Boulevard, Albrets said. Pazen said it was a forced-stop maneuver.

The suspect then fled on foot.

According to the preliminary investigation, as officers pursued the suspect a few minutes after the crash, he opened fire at them, Pazen said. Denver officers returned fire.

No officers were injured. The suspect was transported to the hospital, where he died. Authorities did not release any additional information on the individual.

BREAKING: we are on the scene of a Lakewood officer involved shooting near Denver West Pkwy and Cole Blvd. There are more than a dozen police cars on scene. pic.twitter.com/2YAxNQI0su

"We are confident that this is the individual that we were looking for in regards to this violent situation," Pazen said.

Pazen said they are not searching for any additional suspects.

This is the second officer-involved shooting involving Denver officers this week. On Monday morning, officers were involved in shooting in the area of 10th Avenue and Lincoln Street. The suspect died.

"It's a situation where we have individuals that probably shouldn't have firearms and it puts our officers and our community in a very dangerous situation," Pazen said. "The fact that we've had two in a week is definitely something that raises our concern."

However, he said he is proud of his officers and the officers from Jefferson County and other agencies for their work keeping communities safe.

"It takes brave women and men to do this job — to confront individuals who are firing at them and who are armed," Pazen said. "Yet again, our officers demonstrated extreme courage."