Lakewood police exchange gunfire with homicide suspect, killing him, near 4th and Wadsworth 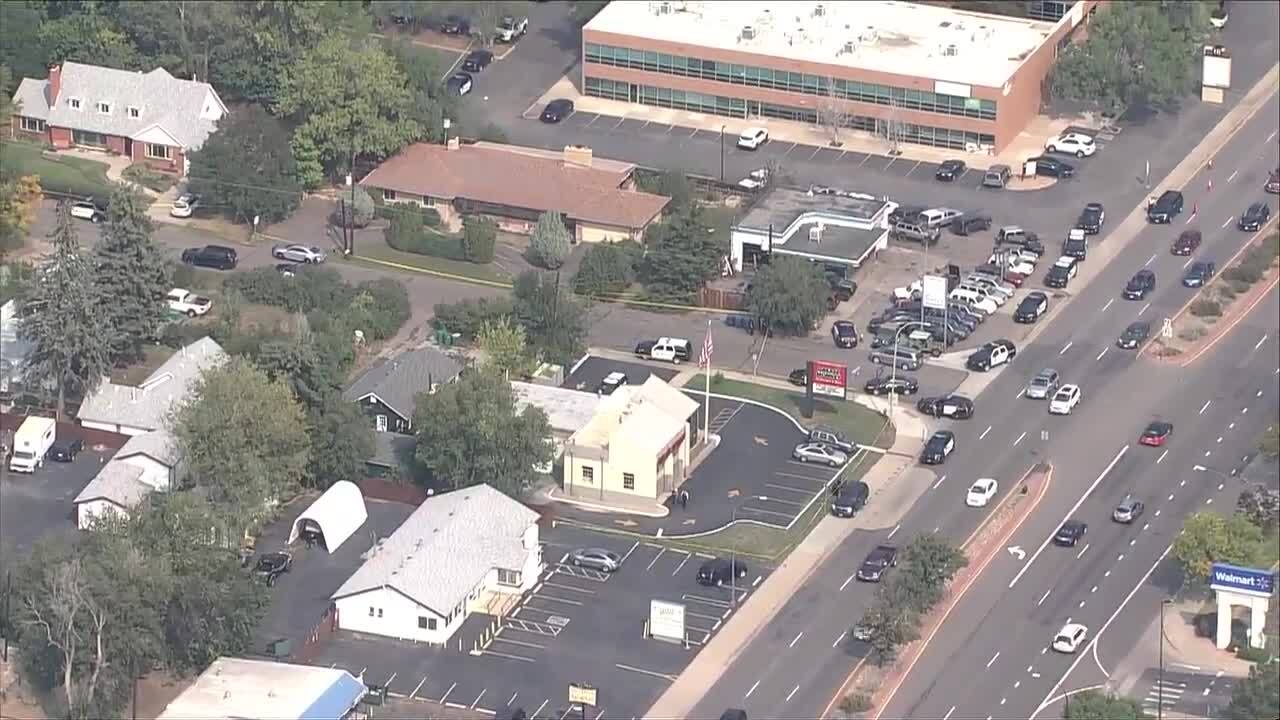 Copyright 2020 Scripps Media, Inc. All rights reserved. This material may not be published, broadcast, rewritten, or redistributed.
AirTracker7
Lakewood police exchanged gunfire with a person Friday morning suspected of killing another person outside the Walmart at 4<sup>th</sup> Ave. and Wadsworth Blvd., according to police. 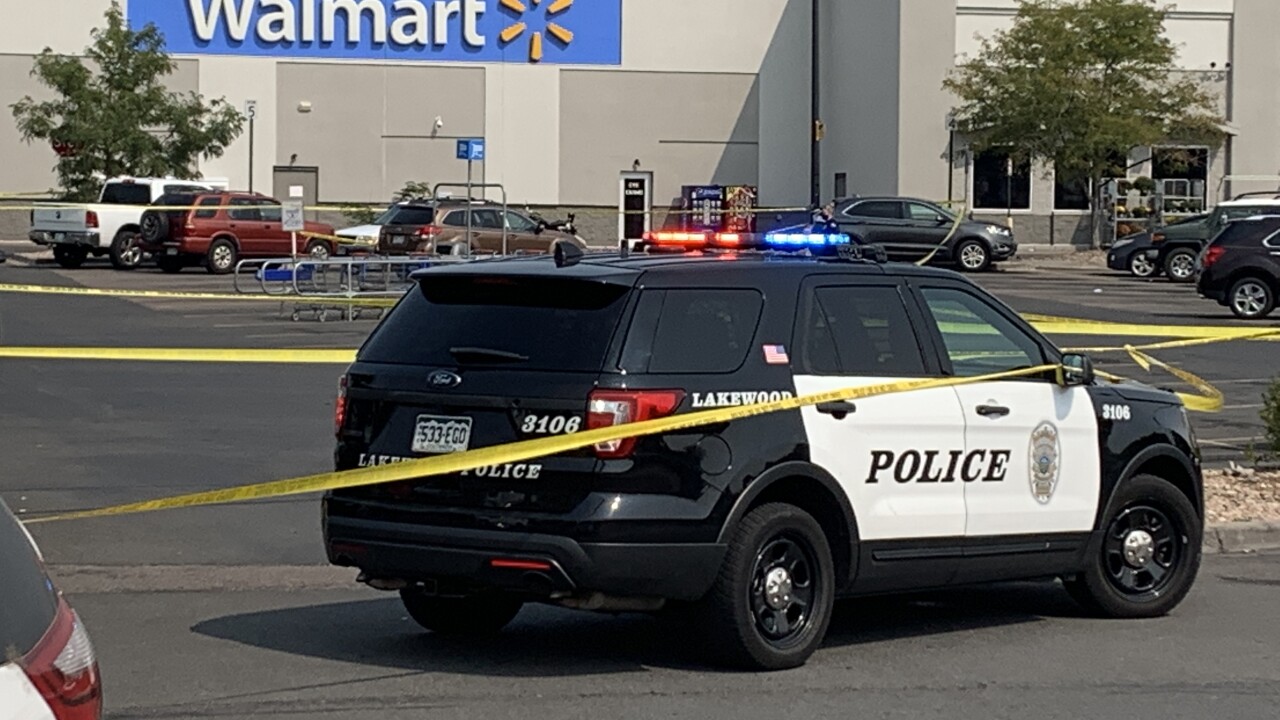 DENVER — Lakewood police exchanged gunfire with a man Friday morning suspected of killing another person outside a Lakewood Walmart, according to police. The suspect died after the shooting.

The incident happened around 10:30 a.m. Friday. Lakewood police spokesperson John Romero said a man was killed outside of the Walmart along Wadsworth Boulevard at W. 4th Avenue. The victim, who was found deceased in a car, was a man in his 20s or 30s, Romero said.

The suspect in that homicide, who was only identified as a white man between the ages of 20 and 30, fled the scene. Police arrived about two minutes after receiving the 911 call and witnesses at the scene pointed out the suspect, Romero said. Police saw the man flee across Wadsworth Boulevard with a gun in his hand, Romero said.

He started shooting "at everything indiscriminately," police said, after he unsuccessfully tried to carjack people at a nearby mechanic's shop.

As police pursued the man into a neighborhood around W. 4th Avenue and Wadsworth Boulevard, he started shooting at the officers, who returned fire, according to Romero. The man died following the shooting.

A gun was recovered at the scene, Romero said.

At least two homes and one police cruiser were struck by bullets, he said.

Romero said no officers were injured and police don't have reason to believe the shooting was gang-related as of Friday at noon.

The circumstances around the shooting outside the Walmart is under investigation.