Lafayette mother robbed at gunpoint while kids are in car 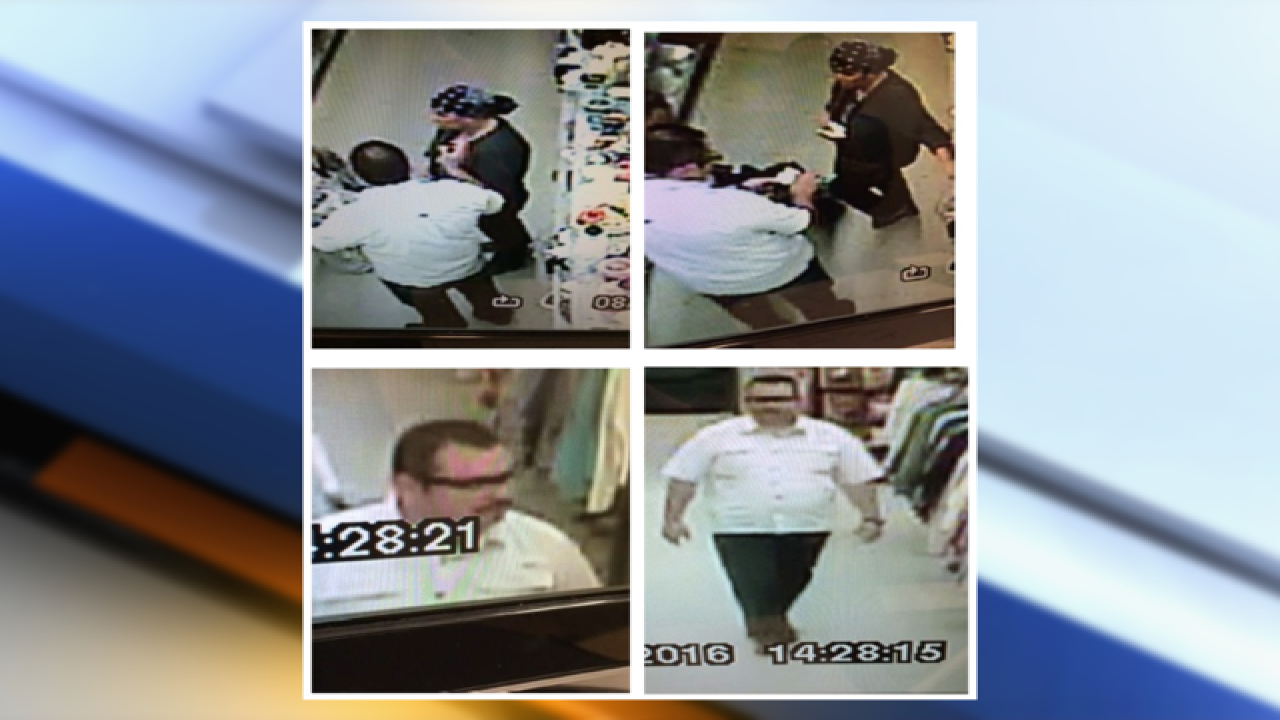 LAFAYETTE, Colo. — Police are looking for help in identifying two people suspected of robbing a Lafayette woman at gunpoint Monday while her kids were in the car with her.
The victim talked to Denver7. She didn't want to be identified because the two suspects are still out there.
Lafayette Police say the robbery started at a Goodwill around 2:30 p.m., where the two suspects asked the victim, a woman, to drive them to the Lafayette Post Office.
"She told me I don't know this town. I'm not from here. I just came here from Mexico," the victim said.
The woman’s 4-year-old son was with her at the store, and she picked up her 8-year-old daughter at school while driving the suspects to what she thought would be the post office.
But while en route, police say the male suspect pulled a gun on the woman and forced her instead to drive to a nearby bank, where he escorted her inside as she withdrew money. Afterward, the suspects forced her to drive to her house and get more money for them.
"When everybody was in the car, this guy shows me a gun," the victim explained.
They then demanded to be taken back near the Goodwill, where witnesses told police they saw the female suspect pick up her accomplice in a car with out-of-state plates.
"People ask why you don't say anything in the bank, because I can't," the victim said in broken English. "He was on the side of me. Because my kids was in the truck with the other person.
Police described the female suspect in the robbery as a 5-foot-4 female who is approximately 180 pounds and 50 years of age. She has tattooed eyebrows and speaks Spanish, according to police.
The male suspect also speaks Spanish and is described as being in his 40s, 6-feet tall with a large build, dark hair and glasses.
"Now after this I don't know how I can go outside or go to the store. I don't feel safe," she said.
Anyone with information on the two is asked to call Lafayette police at 303-665-5571 or 303-604-8014.
Copyright 2016 Scripps Media, Inc. All rights reserved. This material may not be published, broadcast, rewritten, or redistributed.