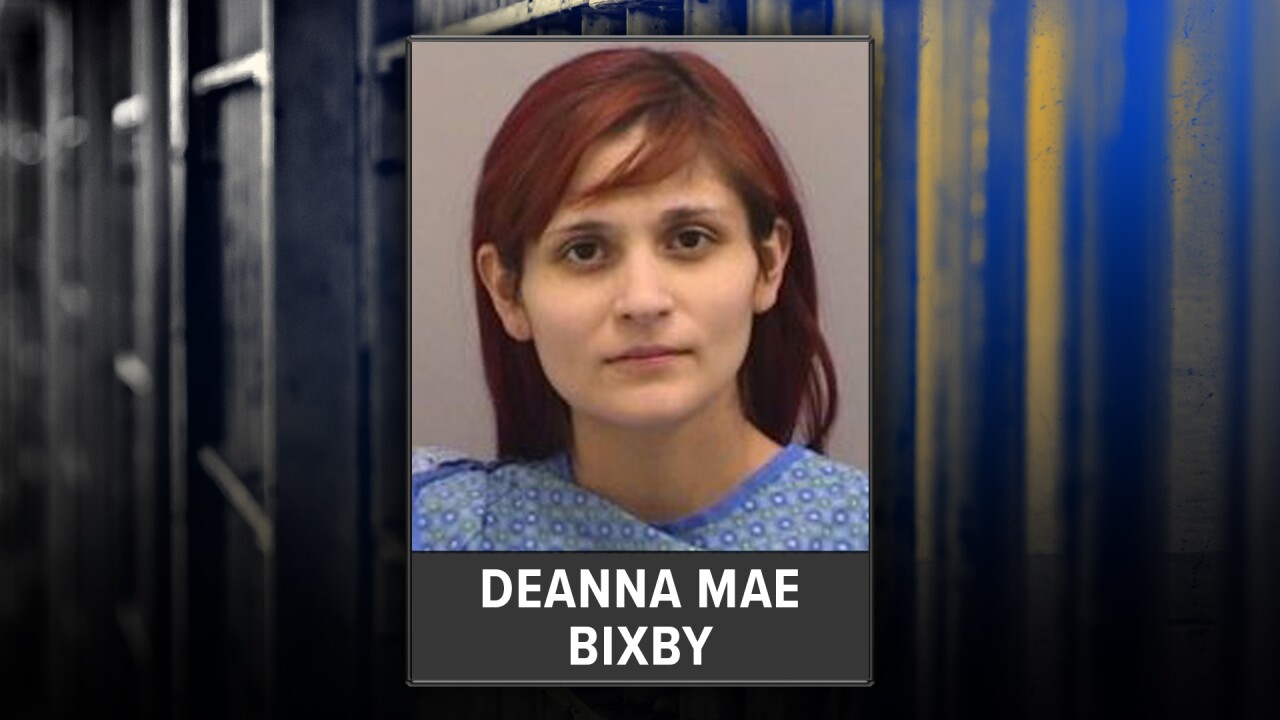 DOUGLAS COUNTY, Colo. — A woman who killed two people while speeding high on meth in 2019 was sentenced on Thursday to 20 years behind bars.

The woman, 21-year-old Deanna Mae Bixby, was sentenced by Douglas County District Court Judge Patricia Herron on two counts of vehicular homicide by DUI. Other counts were dismissed as part of a plea agreement.

The incident began around 2 a.m. on Feb. 6, 2019, when a deputy with the Douglas County Sheriff’s Office spotted what appeared to be a car break-in in Castle Pines, according to the 18th Judicial District Attorney's Office. A Mitsubishi Lancer sedan and Jeep Grand Cherokee left the scene and the deputy followed.

The deputy attempted to pull over the Jeep, which was behind the sedan, as the vehicles traveled north on U.S. 85. The Jeep did not yield, and other deputies were called in to help, according to the district attorney’s office.

The driver of the Mitsubishi, who was later identified as Bixby, also continued driving, and started speeding northbound in the southbound lanes of U.S. 85, sometimes reaching speeds beyond 100 mph. At the intersection of S. Santa Fe Drive and W. Mineral Avenue, Bixby ran a red light and crashed into a car carrying Ryan Scott Carter, 27, and Jayne Frances Davicsin, 25.

“The defendant exhibited 17 miles of extremely dangerous behavior – choosing to continue to speed while high on meth for mile after mile,” Gallo said. “She put everyone in her path at risk.”

Both Carter and Davicsin were pronounced deceased at the scene at 4 a.m.

Bixby was taken to Littleton Adventist Hospital with a severely broken leg, according to an affidavit.

An investigation found that the sedan she had been driving was stolen out of Aurora.

The Jeep, which was also stolen, was found later, according to the district attorney’s office. The driver of that SUV, Mario Juan Augustine Jose, 24, was arrested in Denver on Feb. 19, 2019. He pleaded guilty to vehicular eluding in August 2019 and was sentenced to three years in prison on Oct. 21, 2019.

Bixby pleaded guilty on Feb. 13, 2020 to the vehicular homicide charges.

During the sentencing, she said Bixby has lived her whole life with no regard for anybody else’s life or property.

“I see nothing that tells me that you are experiencing any remorse or regret,” she said. “I see nothing that indicates you have any clue or any appreciation for what you have done. … I don’t believe you when you say you want to turn your life around – you have said that before and it has not been true. I don’t think it is true now.