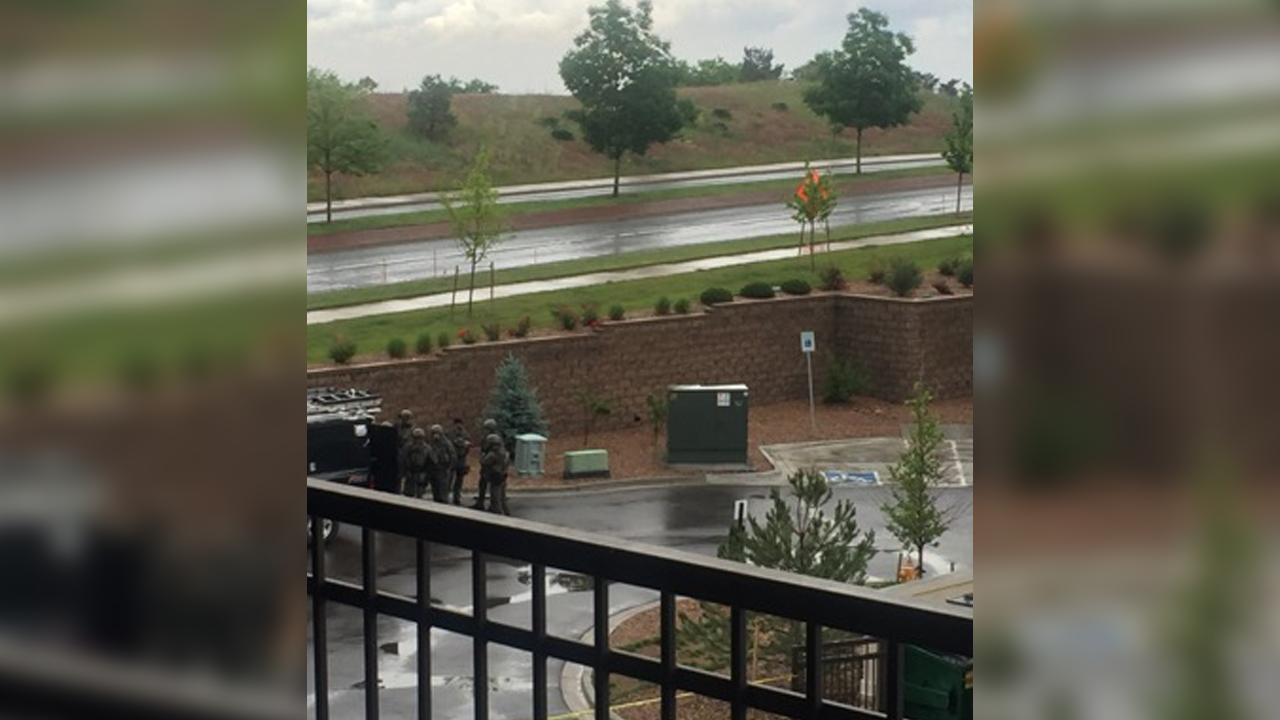 JEFFERSON COUNTY, Colo. — A fugitive from Denver is dead after a police shooting near C-470 and West Belleview Avenue, according to the Jefferson County Sheriff's Office.

Jefferson County Sheriff's Office spokesman Mike Teplin said at a news conference just before 2 p.m. that task forces from Denver were tracking the man who was eventually killed to an apartment complex near W. Belleview Ave. and S. Alkire St. in Jefferson County. JCSO SWAT team members were called in to assist.

Teplin said that when officers tried to take the man into custody, he shot at them. Officers returned fire and shot and killed the man, Teplin said.

He said the man, who has not been identified, was wanted for warrants on felony menacing, possession of a firearm by a previous offender and third-degree assault charges.

Authorities have closed West Belleview Avenue. The Colorado State Patrol is assisting in traffic management. Teplin said the scene would be active into Tuesday afternoon and asked drivers to avoid the area.

The sheriff's office said no officers were injured in the shooting.

This is a developing story; check back as more information becomes available.