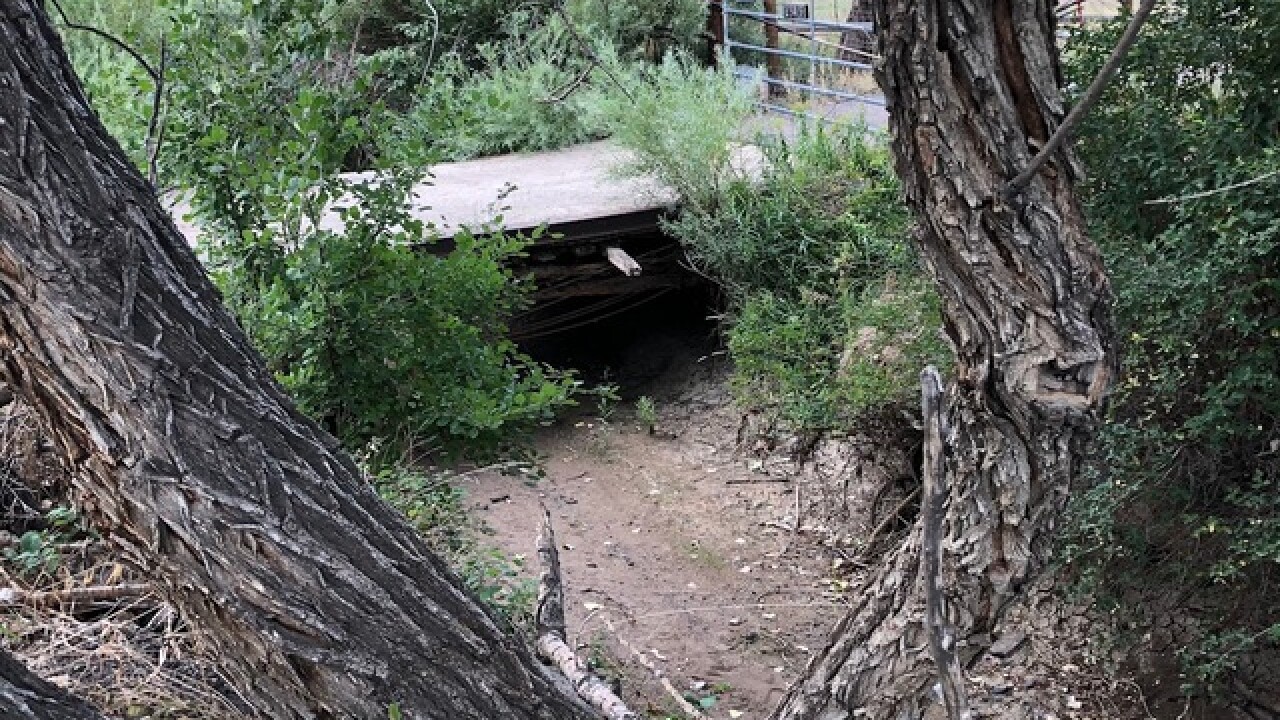 Copyright 2018 Scripps Media, Inc. All rights reserved. This material may not be published, broadcast, rewritten, or redistributed.
<p>The owner of a deteriorating bridge, over the Church Ditch, has been given 90 days to have it removed, as part of a plea agreement.</p> 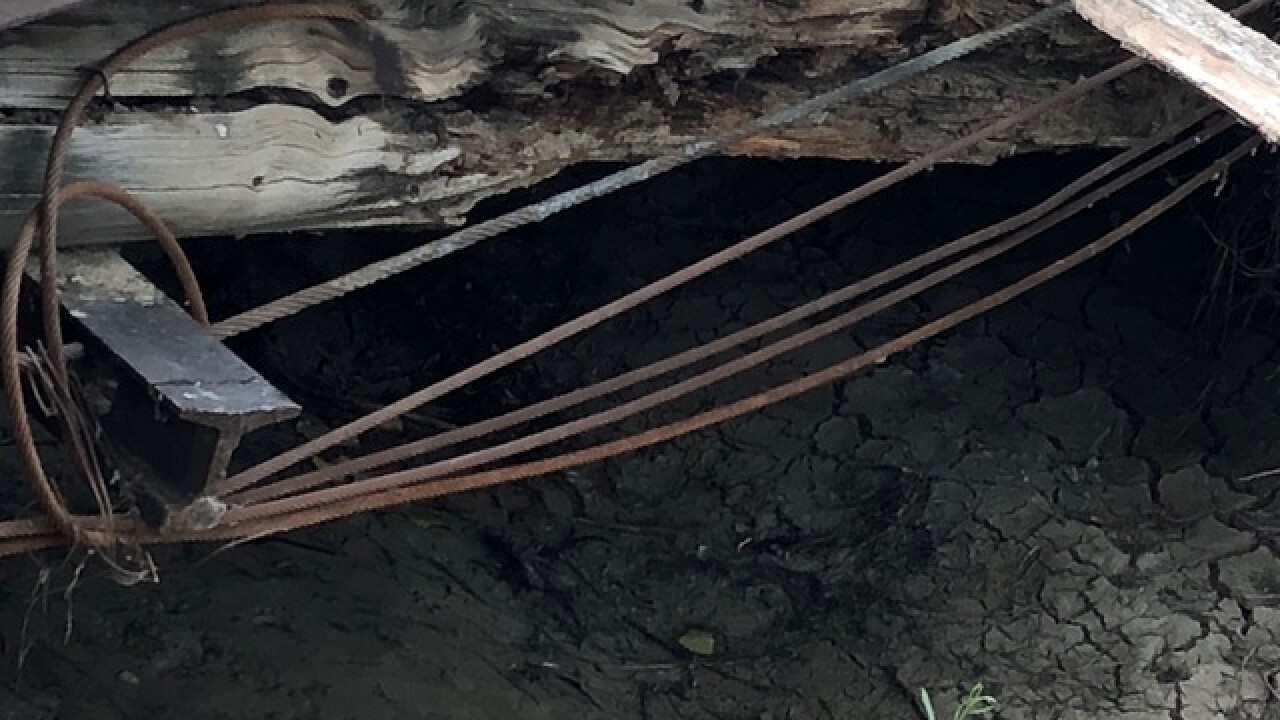 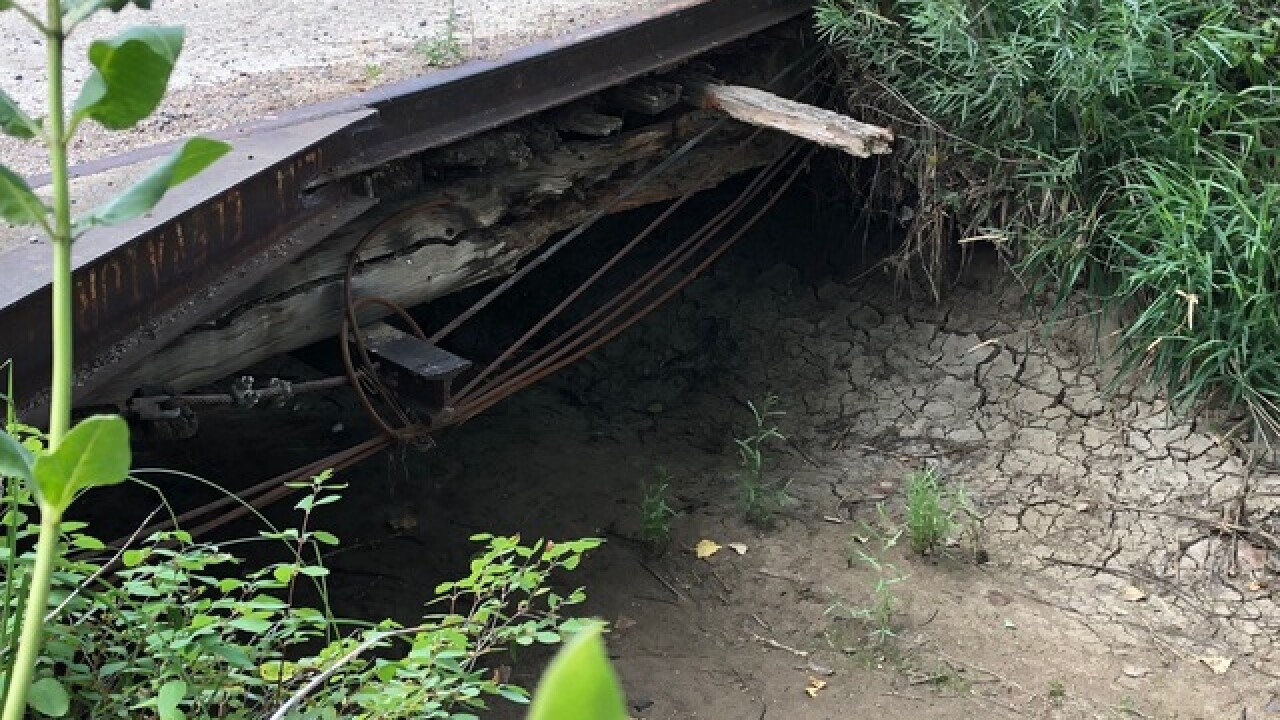 NORTHGLENN, Colo. -- The clock is ticking for a Jefferson County couple whose home sits alongside the Church Ditch near West 80th Avenue and Simms.

“I have 90 days to fix it,” said homeowner Marlene Beeler. “I’m a stressed-out woman.”

Beeler is referring to the bridge straddling the ditch, which she and her husband, Luciano DiPaolo, use to access their property.

The ditch company says the bridge timbers are rotting and that the structure is in danger of failing.

“We just want to make sure that we’re not stuck in a situation where...that bridge collapses, and we cannot provide water to the municipalities and users along the ditch,” said Church Ditch Water Authority President Tamara Moon.

Beeler said she doesn’t understand why there’s a big rush to have the bridge removed, when there’s no water in the ditch right now.

Moon said the only reason there is no water is because of the drought.

She said the water, which is owned by Westminster, Arvada and Northlgenn, normally flows from May through September.

She told Denver7 that the ditch company wants the bridge issue resolved now, so it doesn't have to risk a bridge failure during the next irrigation season.

If the bridge collapsed into the ditch, Moon said, they'd have to shut down the stream flow and curtail water supplies to 300,000 people.

Northglenn, which depends heavily on that water supply, charged Beeler with Discharge Unlawful and Public Nuisance, when she failed to remove or repair the bridge despite repeated orders.

“I pled guilty even though I didn’t want to,” she told Denver7.

Under the plea deal, Beeler has been given 90 days to have the bridge removed, and to find alternative access.

If Beeler fulfills the agreement, her record will be erased.

The ditch company has offered to remove the bridge without charge, leaving Beeler to concentrate on rebuilding, or seeking a different way to access her property.

Beeler said she thought one of her neighbors would grant her an easement.

“(The neighbor) offered to do whatever she could to help, but when I told her what I needed, she said, ‘I’ve been advised to not allow you to come across my property.”

She said she’s losing weight from the stress.

Beeler said she’s most concerned about her 80-year-old husband.

“I’m trying to take care of him,” she said, her voice choking with emotion. “That’s where I am right now.”

“We understand the health concerns of her husband,” Moon said. “We want to do everything we can to make sure they still have access to the property.”

Moon added, “We’ve provided her with some information on nonprofits that may be able to help her rebuild that bridge at no cost, or very little cost.”

Beeler said she’s reached out to the Boy Scouts and to her daughter’s boyfriend to see if they can help.

She said with the clock ticking, she hopes to at least get a pedestrian bridge built so she and DiPaolo can walk across the ditch to go to the store or to go see a doctor.