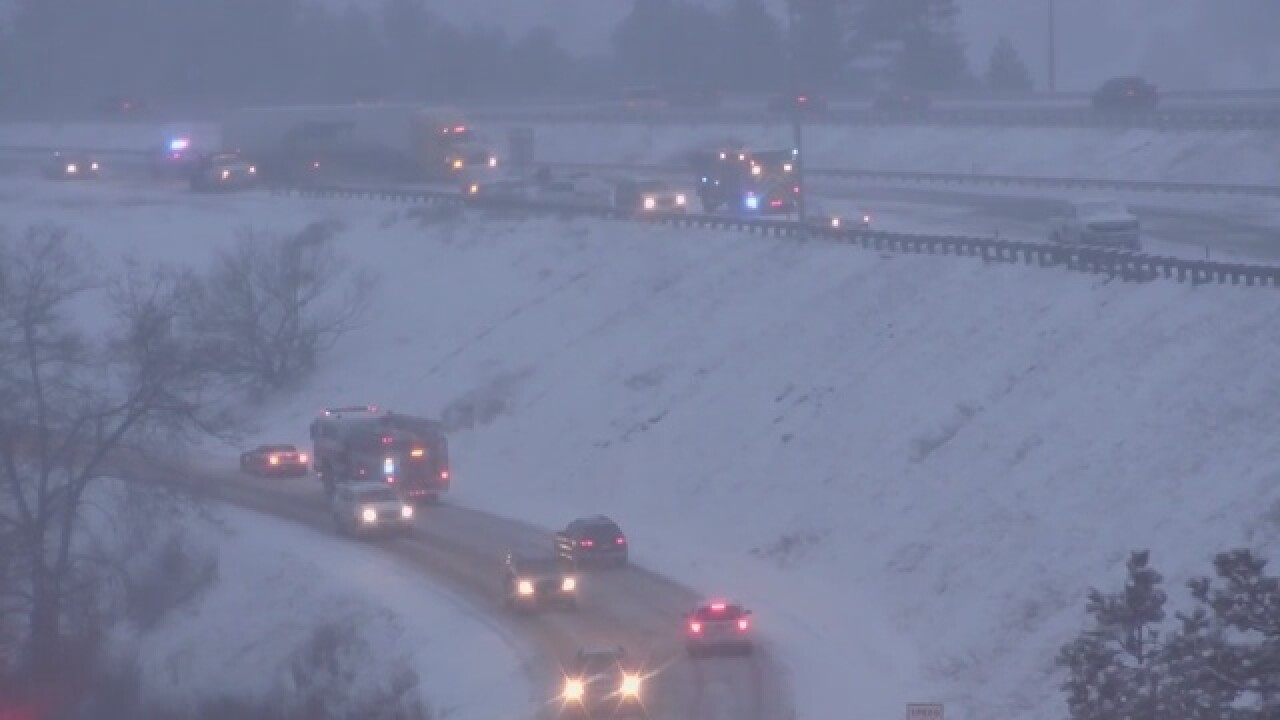 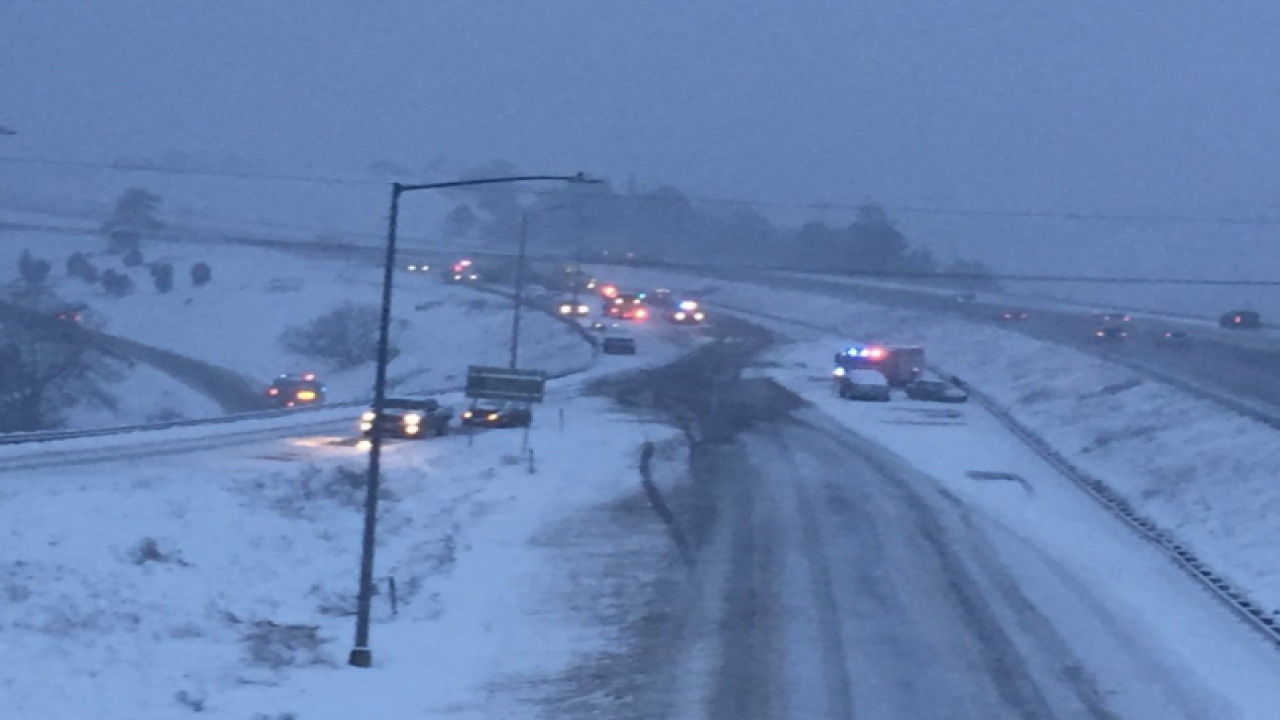 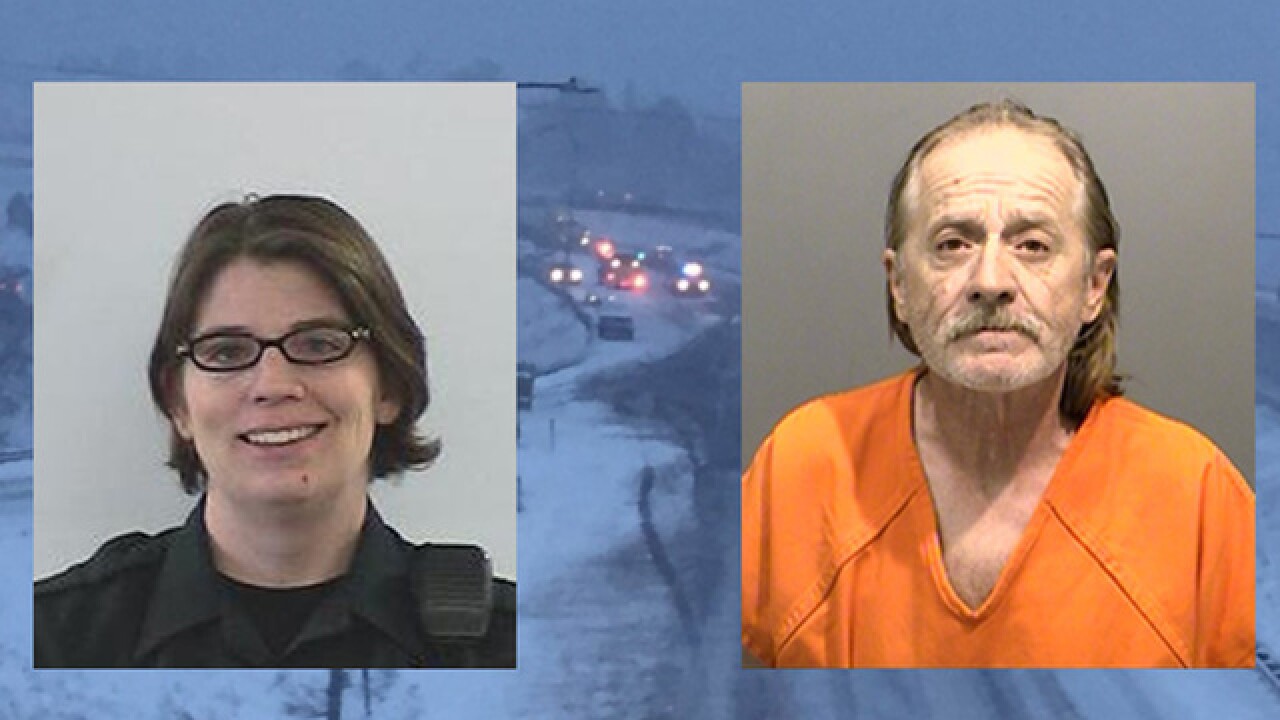 The driver suspected of hitting a Jefferson County deputy on eastbound I-70 and leaving the scene has turned himself in.

The crash happened at the Chief Hosa exit near Genesee around 7 p.m. Wednesday.

A female deputy was working a multi-car pileup involving 20-30 vehicles, when her cruiser was hit, according to authorities on Twitter. The deputy, Sheila Kirin, was left with a broken wrist, the sheriff's office said. Kirin has worked with the department for four years.

Kirin says the driver asked her if she was okay right after hitting her.

She talked at a news conference on Thursday afternoon, wearing a cast and with Jefferson County Sheriff Jeff Shrader by her side.

She said she told the driver to pull over and wait as she went to the accident she originally stopped for to make sure no one was hurt.

"My first thought was making sure bystanders and drivers stayed in their cars. I wasn't concerned about me. It hadn't really sunk in yet, the reality of me being struck by a car,” Kirin said Thursday. "I’m really thankful for all the bystanders. They were really wonderful and kept asking if I was OK. The guy in the truck was super concerned and super sweet."

The driver however, took off.

CSP said Landsperg is facing charges of careless driving causing bodily injury, failing to yield right of way to a stationary emergency vehicle, failure to remain at the scene after a crash involving injury and failure to remain at accident scene as directed by police.

Denver7 Investigates did a background check on Landsperg, 62, and found he has arrests for DUI and misdemeanor assault.

CSP is leading the hit-and-run investigation.

A day after her accident, Kirin had a message for all drivers.

"If people don't start slowing down," she said, "somebody's going to get injured or lose their life."

The following is a map of the approximate location of where the hit-and-run took place: