Parents: We weren't notified of threat against son 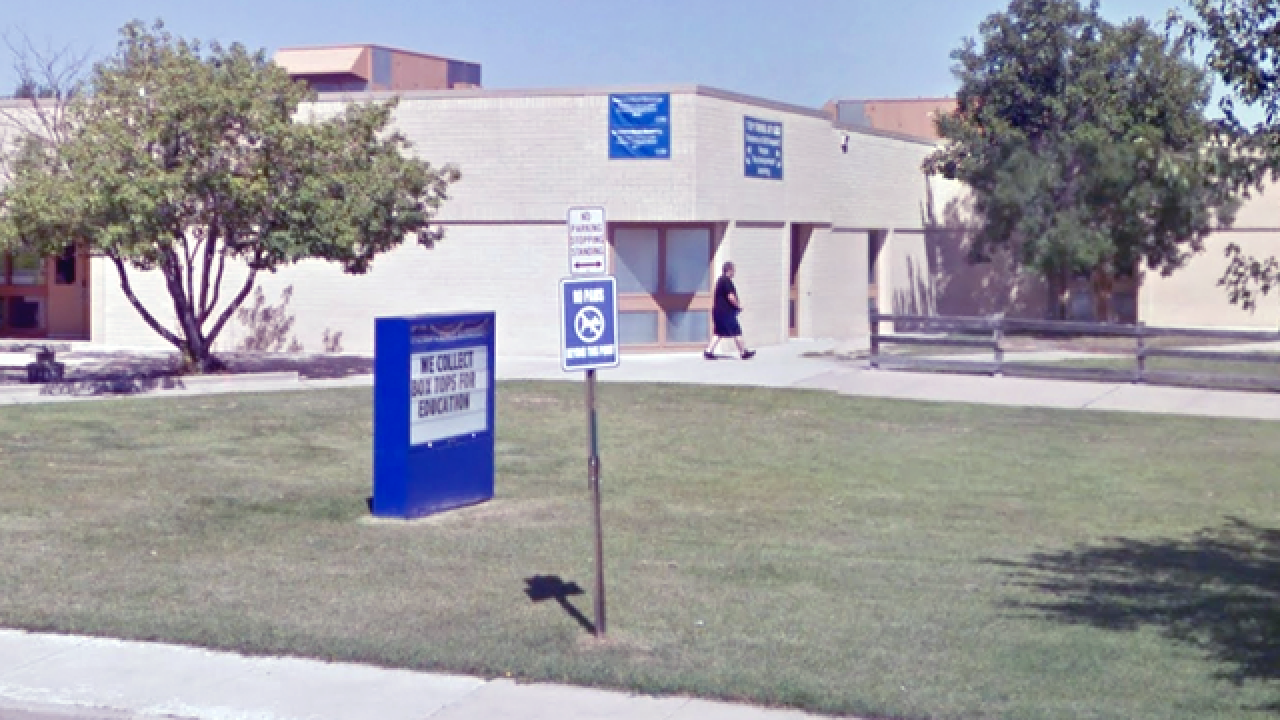 GOLDEN, Colo. -- A Jefferson County couple says they want the principal of Governor's Ranch Elementary School replaced, because she failed to follow the district's safety protocol following an alleged threat against their son.

The alleged threat took place last February, but the parents didn't learn about it until this summer, when the parent of student who witnessed the exchange brought it up.

The concerned couple’s attorney, Igor Raykin, told Denver7 that a group of 8-year old students were in the hallway talking when the verbal threat was made.

A threat assessment document, obtained by Denver7, indicates that one student was joking with other students about “being like Donald Trump,” and the other said, “I’m going to bring my Dad’s shotgun and shoot you.”

Raykin says law enforcement was not called initially and that the parents of the boy who was threatened were not notified by the school.

“I want answers as to why you have policies and procedures in place and they weren’t followed,” the boy’s mother told Denver7.  “Why were we not called?”

When asked if the principal should have called the parents, Jefferson County Public Schools spokeswoman Diana Wilson replied, “Absolutely.  That’s why we have it in our (protocol) steps, but on the flip side, these are 8-year olds, and it isn’t like we just blew it off.”

Wilson said the principal ordered a threat evaluation, and talked to the parents of the boy who made the threat.

She said the student was disciplined.

When asked why the principal, who has several years of experience working in a district that formulated protocols, as a result of the Columbine tragedy, didn’t follow that specific protocol step, Wilson replied, “We really don’t know why the principal didn’t follow this particular step. In her defense, a lot has happened since February.  If you’re a principal, you’re pretty busy.”

She also said several staff members are being retrained on the importance of following each step of the protocol.

The parents of the boy who was the target of the threat say the discipline, whatever it was, and the re-training aren’t enough.

“The incident is not resolved,” the boy’s mom said. “In fact, the opposite, no action has really has been taken.  Nothing has changed and now, both families have suffered.”

She said the parents of the boy who made the threat removed their son from the school, and she sensed that they wanted her to remove her son too.

“What does that solve?” she asked.

The frustrated parent said she wants the principal removed from her job and put in a position where she doesn’t have to make any similar decisions.

Wilson replied, “That’s not on the table.”

Request to meet with Superintendent

When asked if she planned to meet with the superintendent, the mom said she put in a request.

“Dr. Glass has yet to reach out to us,” she said. “We were told the earliest Glass could meet with us was Sept. 29.”

Parents of boy who made threat issue letter

The parents of the boy who made the verbal threat sent a letter, via the district, to other parents.

It said in part, “We are writing this response in the hopes that we can shed some light on this situation and help to ease your fears.”

The letter went on to say, “…our son said something extremely inappropriate.  It is ambiguous as to whether the statement was aimed at another student or at President Trump.  In either case, we do not condone the language that was used that day.  We feel that it is important that you know that his statement was not made in anger, or with any malice, but rather in the spirit of joining in with the overall silliness of his classmates.”

The parents went on to say that the issue was dealt with quickly at school and at home.

“We have educated our child that these types of statements are never to be said, whether in anger or in jest, it’s never ok,” they wrote

They also said they were not aware that the other parents hadn’t been notified about the threat, “until police showed up at our door in early August.”

“We are deeply hurt and saddened by the manner, in which, our community has handled this situation,” they wrote. “Unfortunately, our experience in Governor’s Ranch has not been a good one."

“At this time, we are requesting privacy and respect, while we work to re-establish a sense of normalcy and move forward as a family,” they wrote.