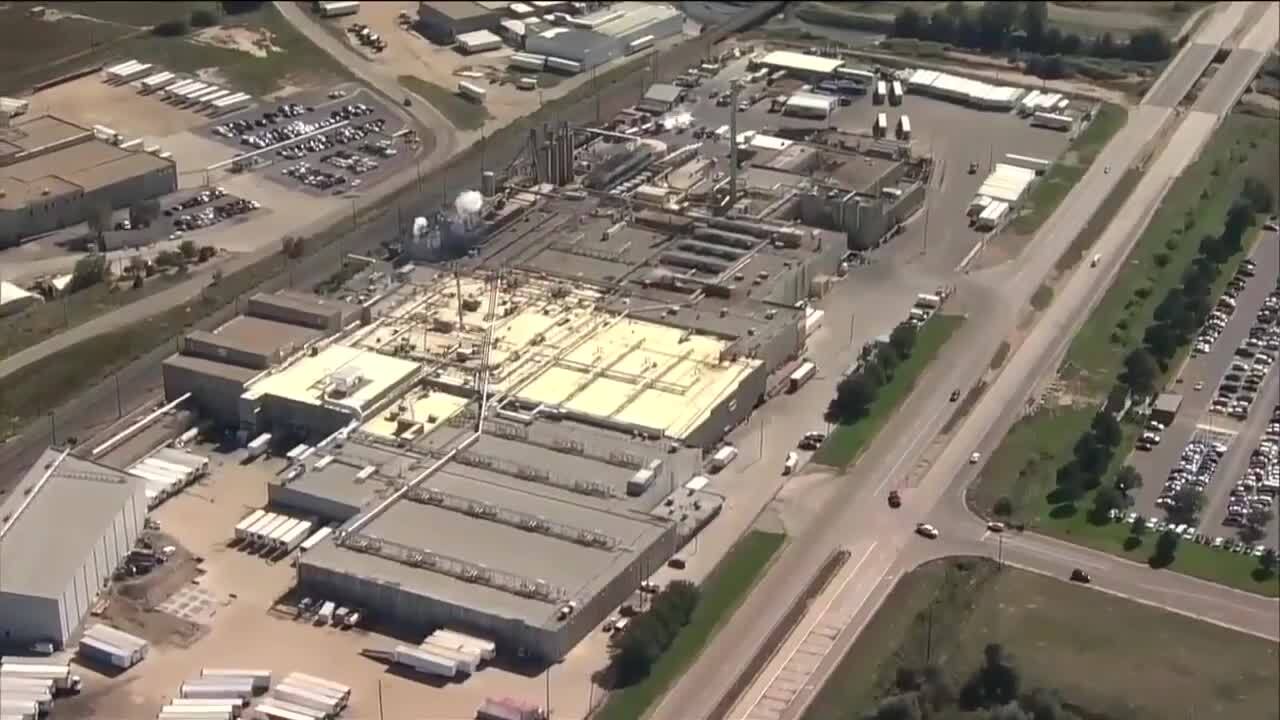 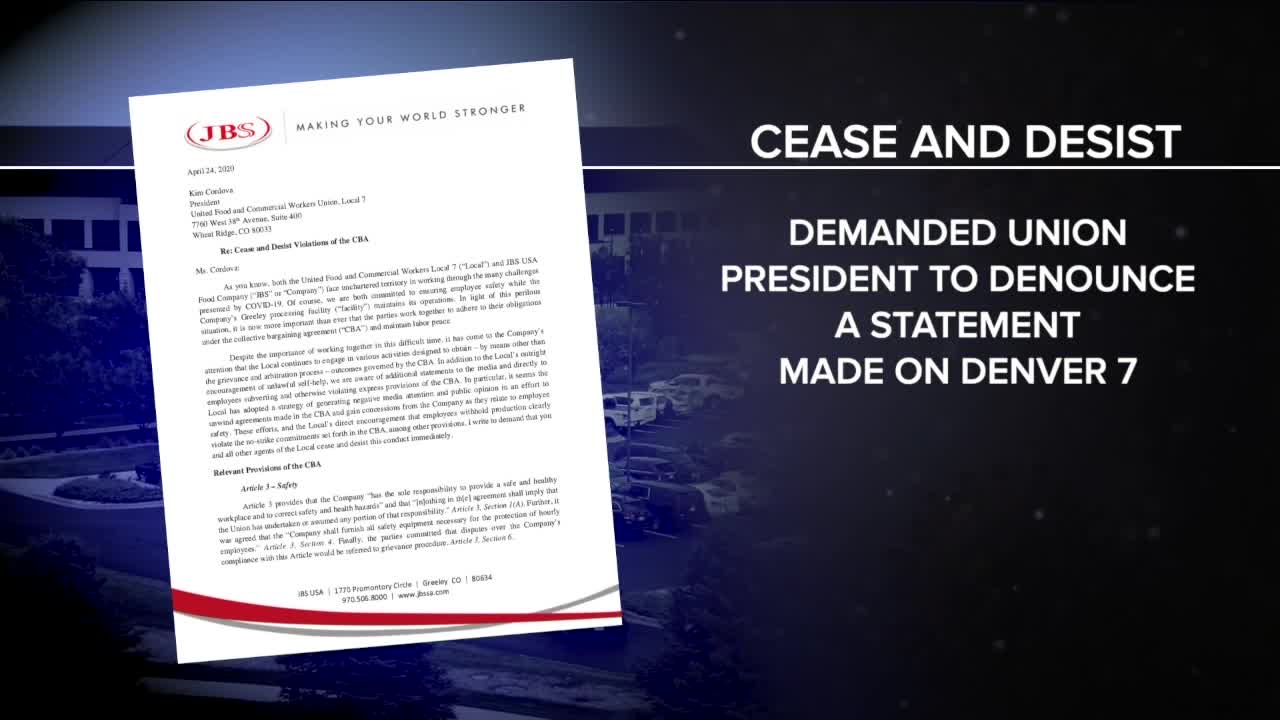 GREELEY, Colo. — Company officials from the JBS meatpacking plant have sent a cease-and-desist letter to the union head accusing the union of engaging in a "multi-faceted corporate campaign" against the company to "coerce" JBS to grant specific protocols amid the coronavirus outbreak at the Greeley plant.

Kim Cordova, president of the United Food and Commercial Workers International Union Local 7, responded in a letter accusing the company of "threatening to stifle our voice" of the union and its members.

The JBS plant reopened Friday after a two-week shutdown. As of Sunday, more than 120 JBS workers had tested positive for COVID-19 and five workers had died of the virus, the union said.

The plant reopened Friday with certain prevention criteria in place, including the onsite testing of any symptomatic employee, social distancing inside the plant and the wearing of face masks by all workers.

The announcement for 6,000 employees to return to work came two weeks after an outbreak at the plant led the Colorado Department of Public Health and Environment (CDPHE) as well as the county department to close the plant for two weeks.

“I think the workers are being sacrificed,” Cordova told Denver7. “I think that this could potentially be a death sentence.”

In the cease-and-desist letter Friday from the company, Matthew J. Lovell, the JBS USA head of labor relations, referenced Cordova's interview with Denver7, saying she discouraged employees from coming to work, a violation of the collective bargaining agreement between the plant and the union.

Lovell asked Cordova to stop the union's "corporate campaign" against JBS. If not, Lovell wrote, the company would ask a federal court for an injunction against the union, as well as money damages.

Cordova said the union's actions and her comments are "nothing more than the exercise of our Constitutional and legal rights, regardless of how you improperly characterize them."

"The JBS plant is not a feudal fiefdom, which operates at the whim of its management nobility – it can, and should, be regulated by the appropriate health and safety agencies which exist to protect the public and workers at the plant," Cordova wrote. "I would also note that your contention that we are essentially 'gagged and bound' by a provision in the CBA discussing safety is one that you are demonstrably late in making."

Read the full letter from JBS to the Local 7 union