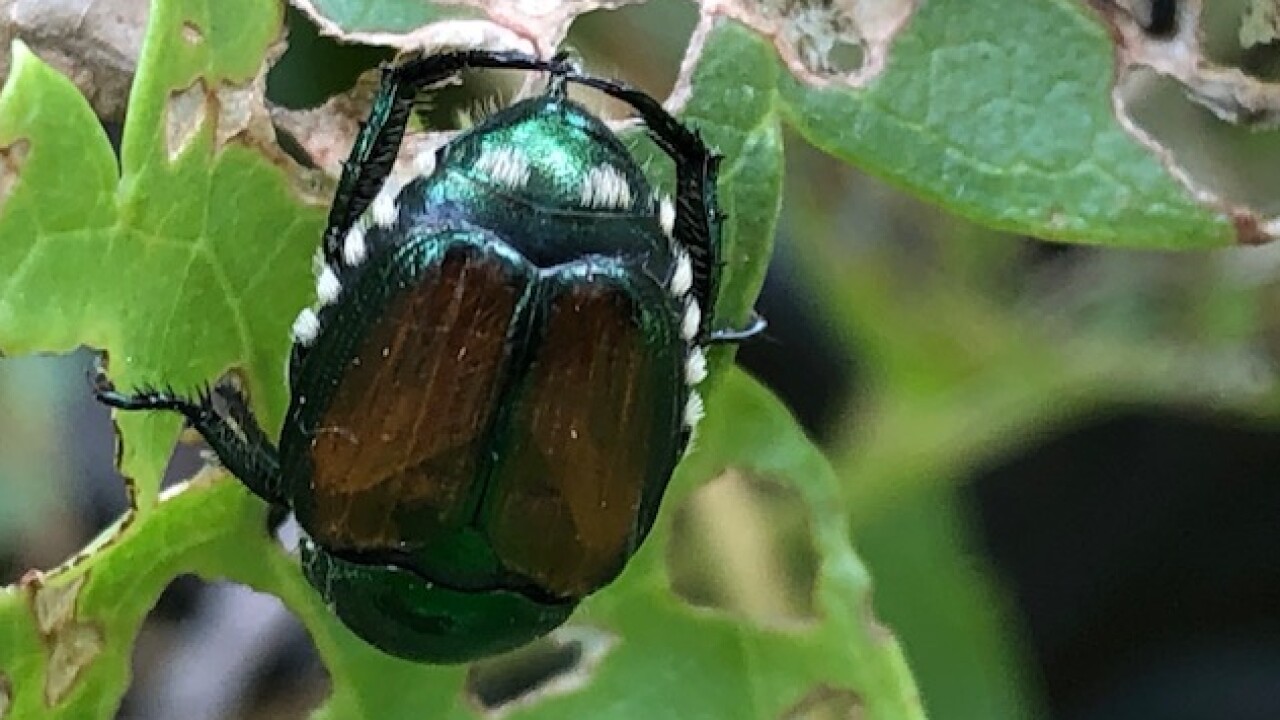 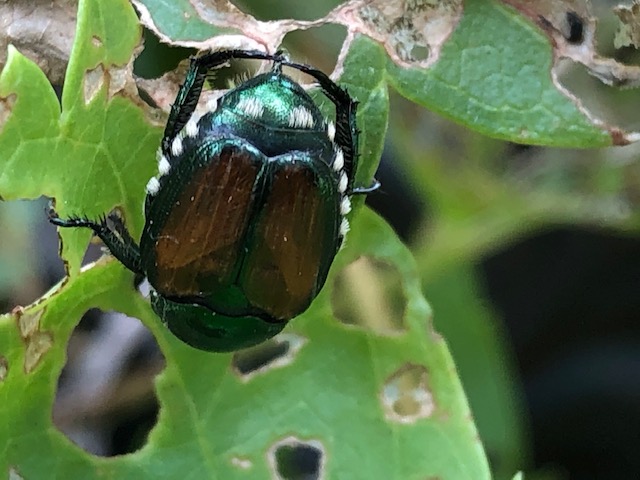 DENVER -- Japanese beetles are laying waste to rose gardens, grape vines and fruit trees up and down the Front Range.

This is peak season for the colorful creatures, which are mating and producing next year's army of invaders.

"They're kind of pretty, they're iridescent," said Amanda Russcol, whose Virginia Creeper vine, in front of her Cheesman Park neighborhood home, has been decimated by the voracious bug.

She said the vine leaves have so many holes, they look like lace.

When asked if she was "creeped out" by the iridescent bugs, she said, "No, because I'm used to picking them off to feed to the neighbor's chickens."

Laura Pottorff, the Colorado Department of Agriculture's Plant Health & Certification Section chief, said Japanese Beetles are so entrenched in the area from Fort Collins to Pueblo that eradication is "not possible."

When asked why, she said because we do a lot of landscaping in this area... and a lot of irrigating.

She said the beetles thrive in the plants, shrubs and trees we use as landscaping, and in the moist soil around them, where they lay their eggs.

Pottorff added that while we can't eradicate the pests, we can try to manage them via a multi-pronged approach.

Pottorff told Denver7 that one of the the most effective ways to manage beetles is to go out in the evening and shake the plant, letting the beetles fall into a bucket of soapy water.

Kalee Fleming was surprised to see so many beetles while walking with her 5-year-old son in Littleton's War Memorial Rose Garden Wednesday afternoon.

Horticulture Foreman Larry Hurd of the South Suburban Park & Recreation District said there are nearly 2,000 roses in that garden and 242 different types of them.

He said they're working with the Department of Agriculture to try to control the beetles through biological means.

"I didn't realize they were that bad," she told Denver7. "People should definitely try and control it cause it's ruining a beautiful garden."

Pottorff said there are some communities where fruit crops are a major industry.

"Those communities work very hard," she said, to require residents to 'dry down' lawns (meaning use less irrigation).

She said those communities also use pesticides, "so at low (beetle) levels, we are able to eradicate them."

Pottorff said the Japanese beetle is native to Asia, and was first introduced to the U.S. in the early 1900s.

"We had our first detection in Colorado in the mid- to late 90s," she said. "It came in with nursery stock. The soil around the roots contained larvae."

Pottorff said concerned residents should research the type of plants that Japanese beetles do not like and transition their landscape to those types of plants.

"Certainly Pine trees, spruce trees... they don't like them," she said. "They seem to go after Maples, and so there are few options, maybe not as many as we'd like, but there are a few options."

She advises Coloradans to be patient.

"We have to change our perspective," she said, "and maybe learn to tolerate them a little more, unfortunately."

For more information about Japanese beetles click on this link to the Colorado Department of Agriculture.