It's been 5 years since recreational marijuana was legalized in Colorado; Here's where the tax money stands 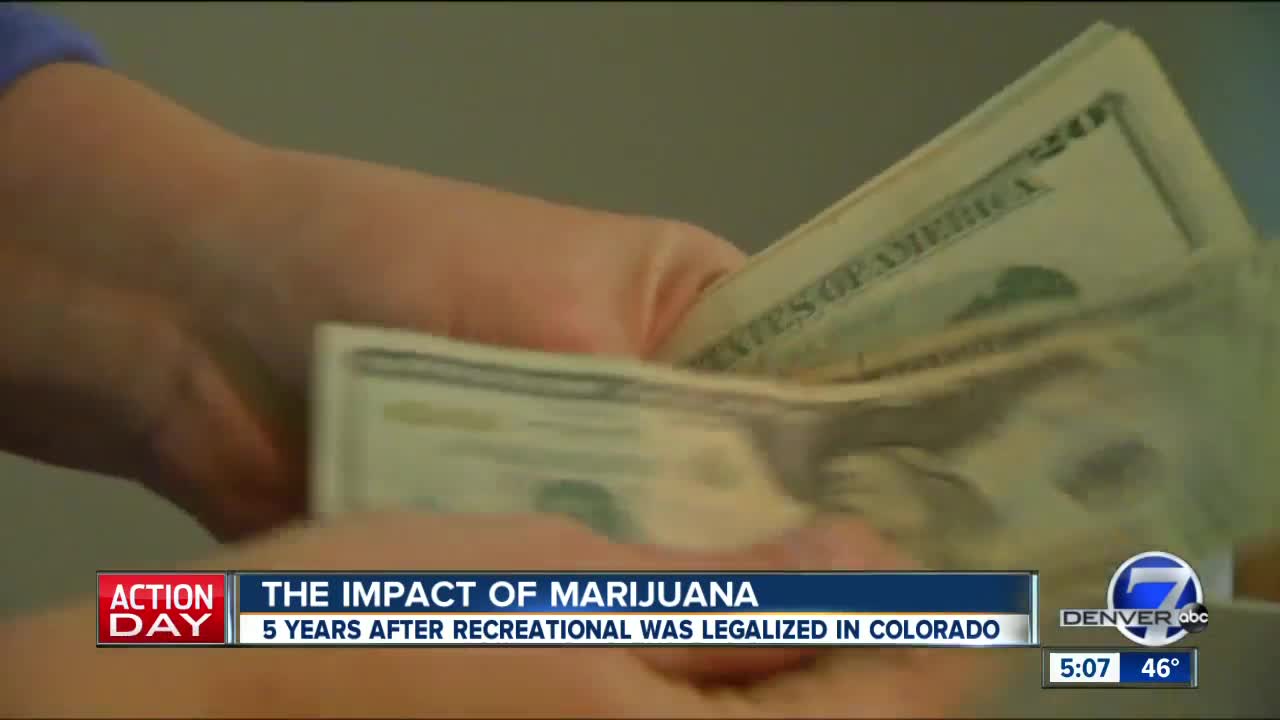 DENVER -- In just a few days, Denver will hit the five-year mark for the country's first commercial cannabis market. Jan. 1 is the anniversary of legal and recreational marijuana in Colorado. As Denver approaches the milestone, the city shared the following statistics looking back over the years:

Education: Denver dedicated $12.8 million toward education between 2014 and 2018. This includes:

Milestones for marijuana in Denver include:

2012: Colorado voters approve Amendment 64, decriminalizing adult possession of up to 1 ounce of marijuana and establishing a regulated market and licensed commercial marijuana distribution system.
2014: Retail sales of cannabis begin in Denver. Office of Marijuana Policy is established.
2015: Denver hosts the world’s first-ever Marijuana Management Symposium to serve as a valuable resource for other cities attempting to prepare for the administrative, legal, safety and business implications of marijuana legalization.
2017: The Department of Public Health and Environment releases its first Cannabis Environmental Best Management Practices Guide, providing cannabis cultivators with environmental standards related to energy and water use reduction, waste minimization and pest control.
2018: Mayor Hancock and other officials from cities in states with legalization form first-of-its-kind government-led coalition to establish a national framework to proactively prepare governments for implementation of legalized marijuana.
2018: Mayor Hancock announces a citywide effort to expunge marijuana convictions for conduct that is now legal.