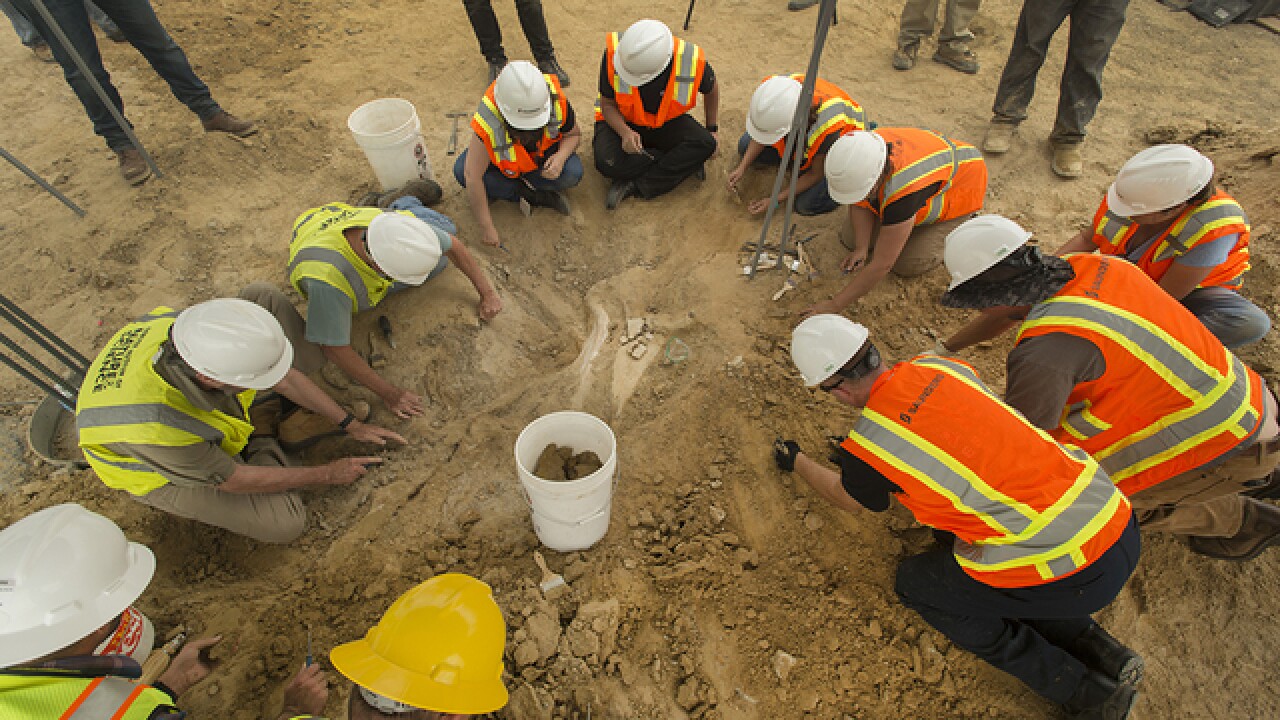 DENVER – A fossilized triceratops found buried in Thornton in August now has a name: Tiny.

Students from Brantner Elementary School in Thornton had the honor of choosing the name. The Denver Museum of Nature and Science announced the name on Wednesday to coincide with National Fossil Day.

The triceratops was discovered during construction of Thornton’s new city building on Aug. 28. Museum officials said an estimated 80 percent of the dinosaur’s skull and at least 15 percent of its skeleton were recovered from the dig site.

The fossils are currently at the Denver Museum of Nature and Science, where scientists are cleaning the bones in a publicly-visible lab. The cleaning process is expected to take about a year.

Museum officials say the triceratops is the largest fossil from the Cretaceous Period ever found in the state.

Brantner Elementary students were understandably excited to have the opportunity to name the dinosaur.

“Our students, staff, and parents have all been watching this story develop right next door, and we’re ecstatic for the opportunity to name the dinosaur,” said Brantner Elementary School Principal Michele Saller. “This Triceratops is already a community icon, and we can’t wait to see what Tiny will help reveal about life in Thornton 66 million years ago.”