I-70 reopens at Vail after multiple crashes 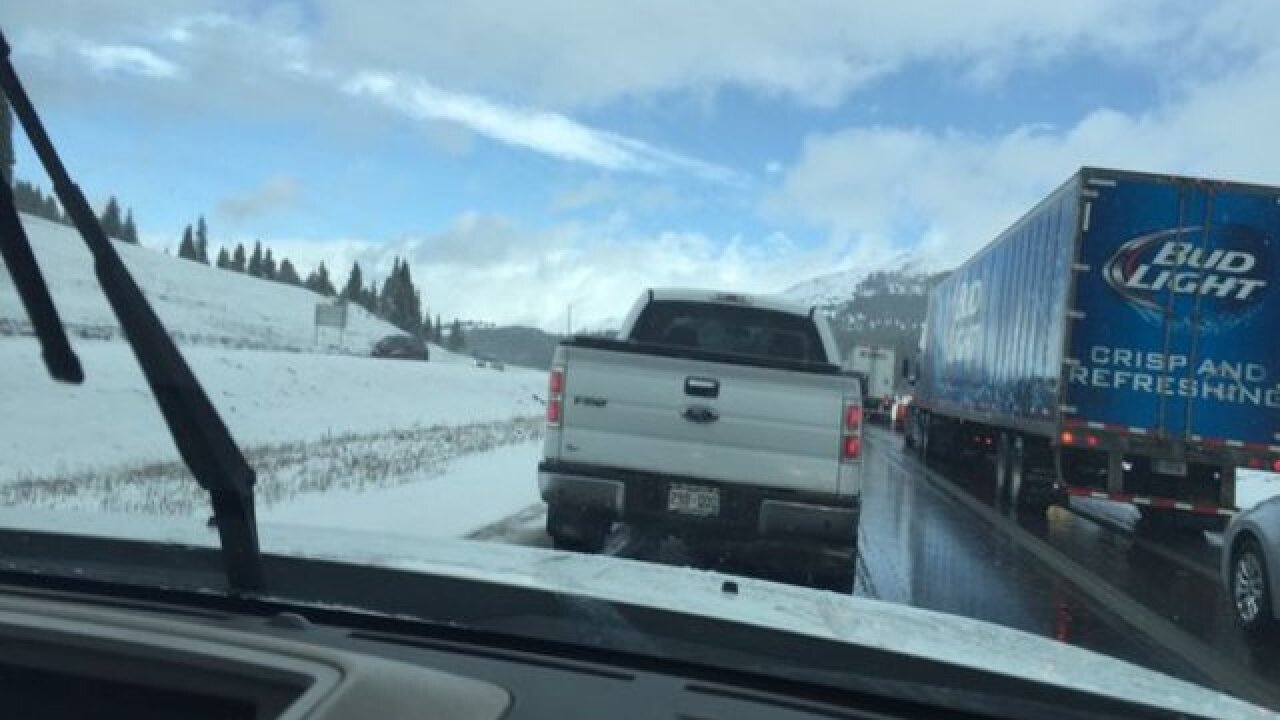 Interstate 70 has reopened at Vail after to multiple crashes in slick conditions, according to the Colorado State Patrol.

Snow and a stop on Hwy 70 headed to Vail pass! @DenverChannel pic.twitter.com/0ToVl0BkTx

Both directions of the highway were closed at about 10:15 a.m.. The closure was expected to last for half an hour to an hour.

I70 remains closed at Vail pass. It's been closed for more than 30 minutes... Crashes reported ahead @DenverChannel pic.twitter.com/LNnqu0tkin