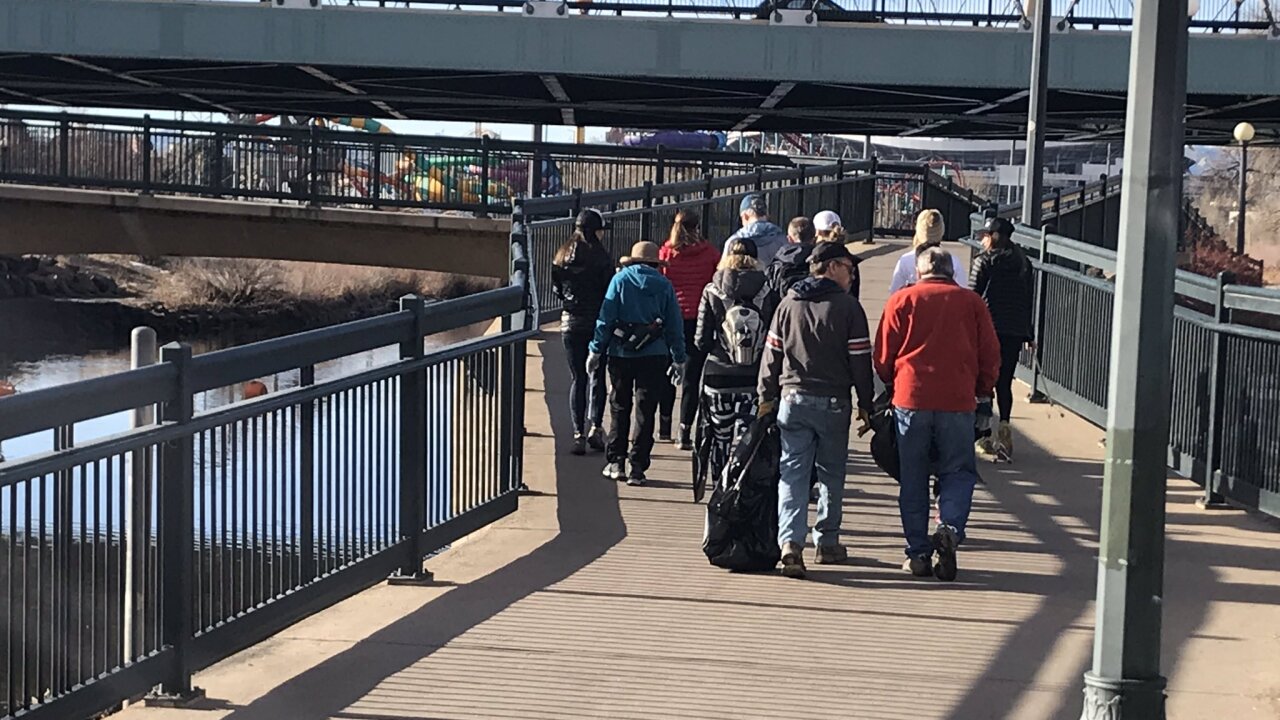 DENVER -- A group of volunteers came together on the Cherry Creek Trail Sunday to participate in a trash cleanup. Destination Collection, a company started by to women focused on beautifying natural spaces, teamed up with Denver Parks and Recreation to organize the cleanup.

The organizers say they were partially inspired by the government shutdown and the images online of national parks being littered with trash since federal workers are being furloughed.

“I think with the government shutdown we are really focused on making sure we’re kind of raising up as a community and providing the support that needs to be out there so that our favorite spots aren’t getting overlooked and so that we could keep things beautiful,” said co-owner Jessica Gould.

The group started last May and meets once a month for a couple of hours to pick up trash.

“It’s really wonderful to be able to create a community,” Gould said. “We have political conversations, we have collaborative conversations about how we can do our part and really keep Denver beautiful.”

About two dozen people showed up to Sunday’s cleanup event. Many of then had never met one another before and don’t know each other’s political backgrounds or beliefs, but the volunteers said none of that matters.

“It’s not a partisan issue, it’s a human issue,” said volunteer Jason Meadows. “Turning everything into a partisan issue doesn’t solve any of our real problems. We’re all human beings, we are all people and we all like to come out here and enjoy our parks.”

Along the way, the group collected 17 trash bags worth of littler, found three hypodermic needles, one crack pipe and one knife. They also collected clothing left along the river, shoes, a bicycle seat and more.

Last month, a cleanup group pulled three rentable e-scooters from the river next to the trail.

Meanwhile in April, a group collected more than 500 hypodermic needles on the trail within a three-and-a-half hour period.

The volunteers say they’re just trying to keep the parks and trails beautiful and safe for everyone to enjoy.

“This is all very bipartisan. This is not us versus them, this is all of us together,” said Brian O’Malley “People don’t realize that these mountain parks and national parks rely on a lot of volunteers to take care of them as well, not only staff but volunteers."

Cherry Creek Trail, a property of Arapahoe County Open Spaces, is not in federal land and is not affected by the government shutdown.