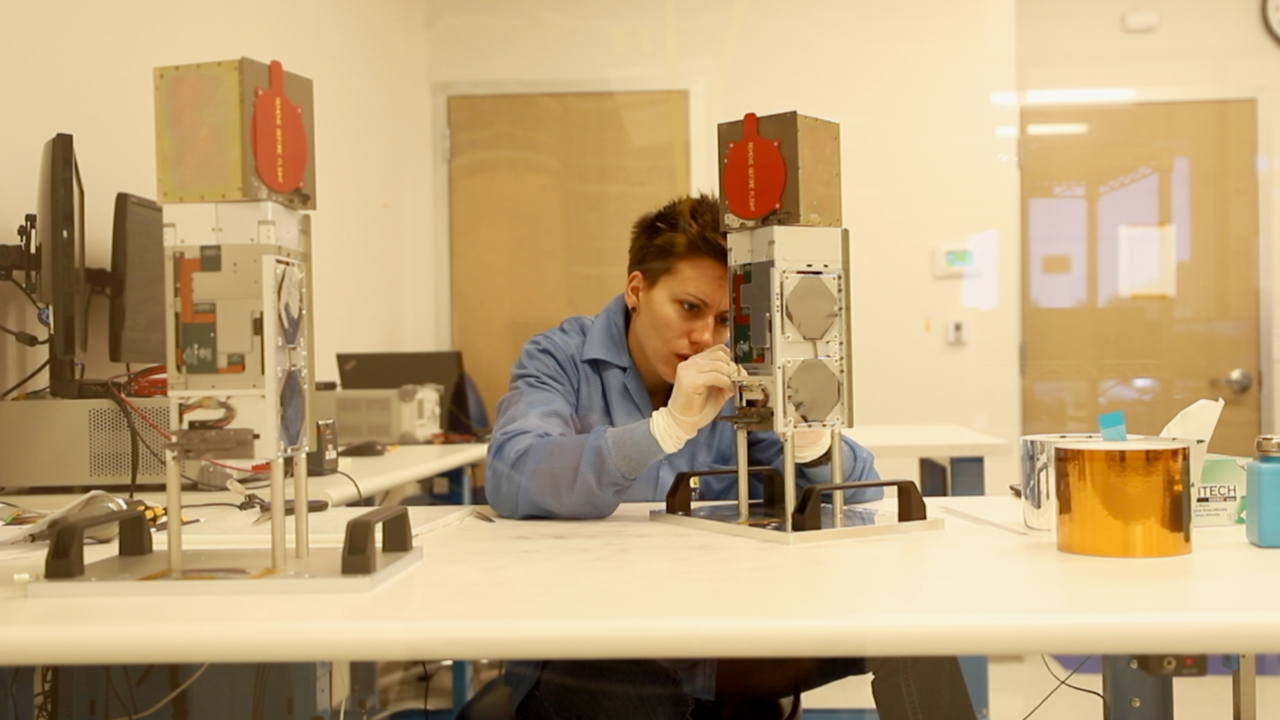 A Blue Canyon employee works on a satellite at the company&#39;s headquarters. 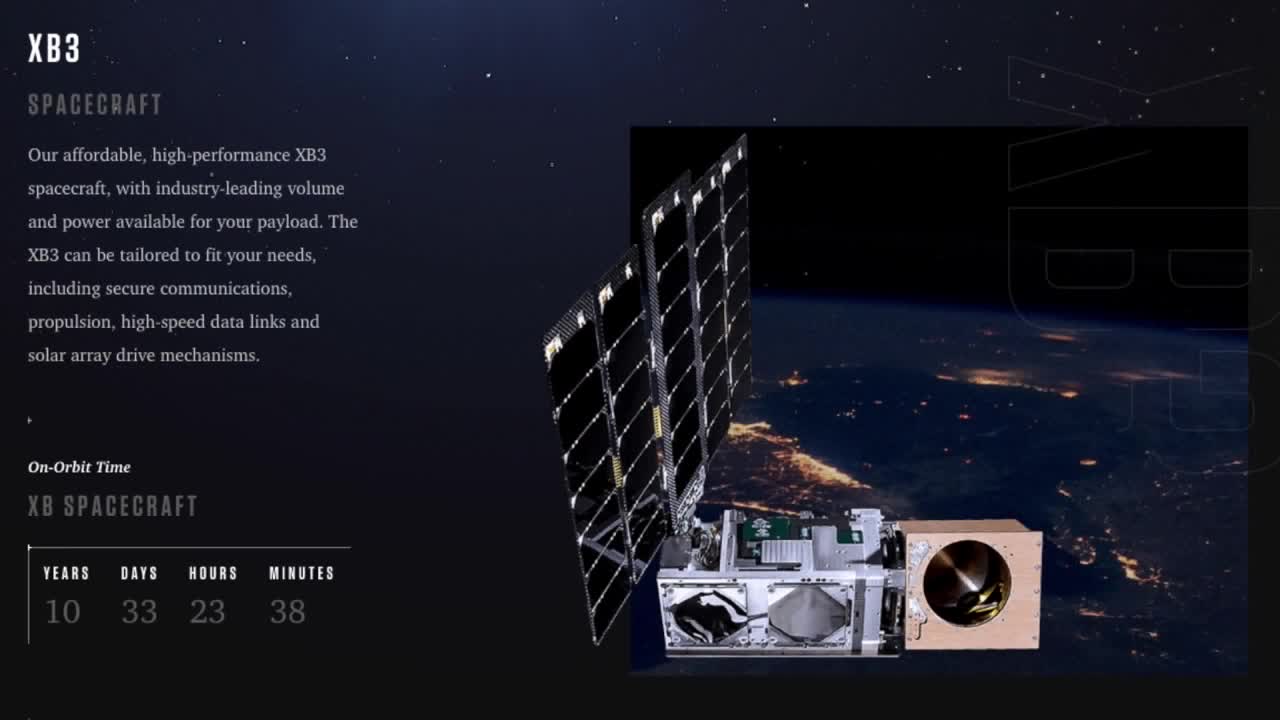 BOULDER, Colo. – Inside Blue Canyon Technologies' headquarters, Stephen Steg points to a wall where pictures of satellites are set against a background of Earth viewed from space.

There's RAVAN and CYGNSS and ASTERIA and HALOSAT, each one an acronym for the science and technology packed into the small devices.

To Steg's right, there is nothing but open space, room for the future.

The space industry, to many, might be the image of a team of astronauts strapped into a billion-dollar shuttle, hurtling beyond the atmosphere. At Blue Canyon, it's an engineer tinkering on a satellite that you can hold in your hand.

When completed, the satellite, often no bigger than a briefcase or a backpack, will be launched with other small satellites to the International Space Station, where astronauts will deploy the device into orbit. As it hovers about 250 miles above Earth, the satellite may point left or right, up or down, all controlled by a team in a darkened conference room, the mission operations center at Blue Canyon's headquarters.

Where large satellite missions might take hundreds of millions of dollars and years to develop, a small-satellite project takes a fraction of the funding and a quicker timeframe to launch into space.

And the demand for such satellites and the data they can gather has only increased: This year, Blue Canyon is on track to double in size, increasing from around 100 employees to around 200. The company is based in Boulder, spread across three buildings near the city airport. Early next year, Blue Canyon is moving to a new headquarters in Lafayette.

Blue Canyon has 13 satellites in orbit and about 80 devices under development, Steg said.

"There's just been this pent-up demand to get more space missions going," Steg said, "and we found a very cost-effective way of doing that."

Steg, Blue Canyon CEO George Stafford and Chief Operating Officer Matthew Beckner co-founded the company in 2008, when they began working with the Air Force to develop an attitude determination control system, or XACT. The technology allows for attitude adjustment, giving Blue Canyon to accurately control which direction their satellites are pointed.

Eleven years later, Blue Canyon works mostly with universities and government agencies, including NASA and the Air Force, building satellites for research projects. The universities include CU Boulder, Colorado State and the Massachusetts Institute of Technology.

Each satellite commissioned by a research team has a different mission, with different scientific instruments. Blue Canyon designs and manufactures the satellites and tests their durability for launch.

This past week, the company's TEMPEST-D satellite, a 23-pound weather satellite developed with researchers at Colorado State University, peered inside Hurricane Dorian, showing where the rain was most intense inside the Category 5 storm.

The TEMPEST-D project was supported through an $8.2 million grant from NASA's Earth Venture Technology Program. Colorado State researchers developed the science behind the mission – a microwave radiometer that enabled the peek inside the storm. Blue Canyon focused on building a device that could get the science into space.

The eventual goal of the project would be to build a constellation of the small satellites, giving scientists the ability to track a storm's developments in real-time.

Steven Reising, the CSU professor leading the TEMPEST-D project, described the partnership with Blue Canyon as an example of "new space," where researchers don't need hundreds of millions of dollars in funding or an aerospace giant to find a way into space.

"It's very exciting," Steg said, "because there’s a lot of research scientists out there that are chasing very few large NASA programs. So by miniaturizing the satellites, they cost a lot less to launch, so the whole program costs are much smaller. We’ve enabled many more scientists to get their instruments up on orbit."