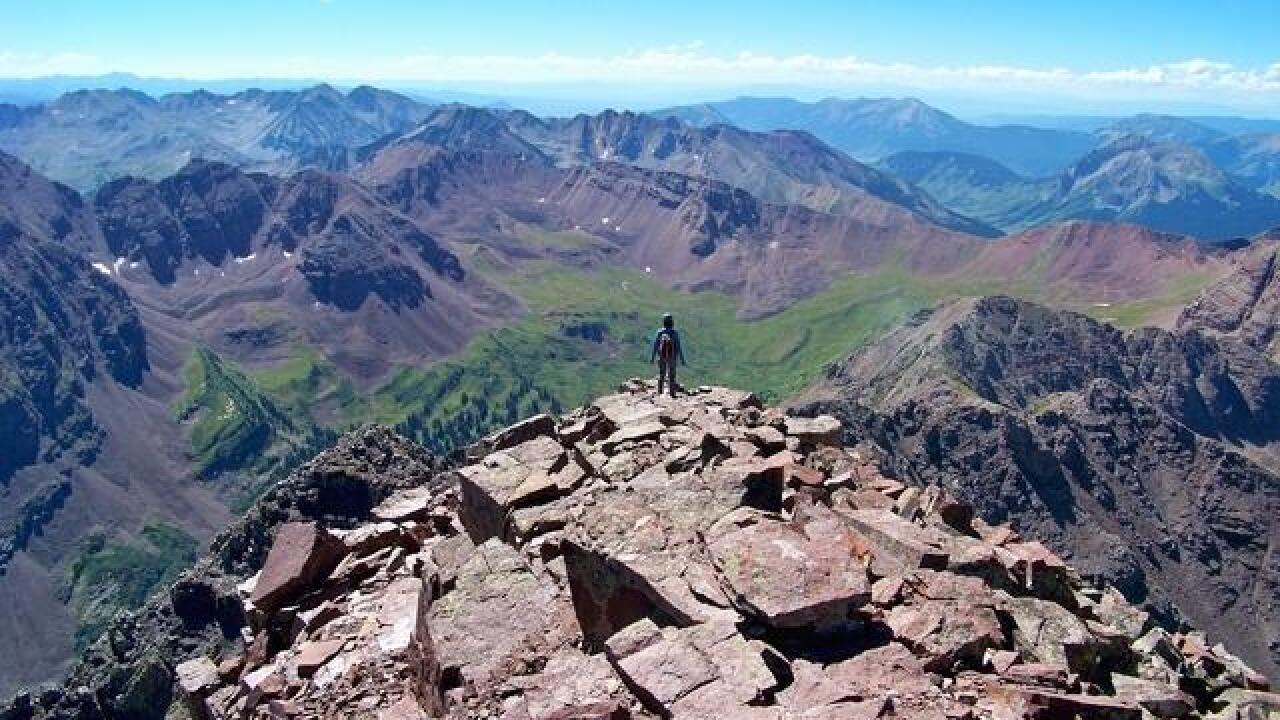 Copyright 2018 Scripps Media, Inc. All rights reserved. This material may not be published, broadcast, rewritten, or redistributed.
Carol Onofrio
A Hiker Begins The Descent From The Maroon Peak Summit

ASPEN, Colo. (AP) — A 56-year-old Texas man was rescued from Colorado's Maroon Peak after he fell 100 feet into a gully.

The Pitkin County Sheriff's Office identified the man as Keith Brewer, of Austin. Brewer's condition was not immediately released, but one sheriff's official said he had broken ribs.

The Aspen Daily News reports that authorities were notified of an injured hiker at about 12:55 p.m. Saturday.

A passerby had reported that the man was injured severely enough that he couldn't climb out of the gully unassisted.

Brewer was evacuated by helicopter off the mountain at 3:28 p.m. and taken to Aspen Valley Hospital.