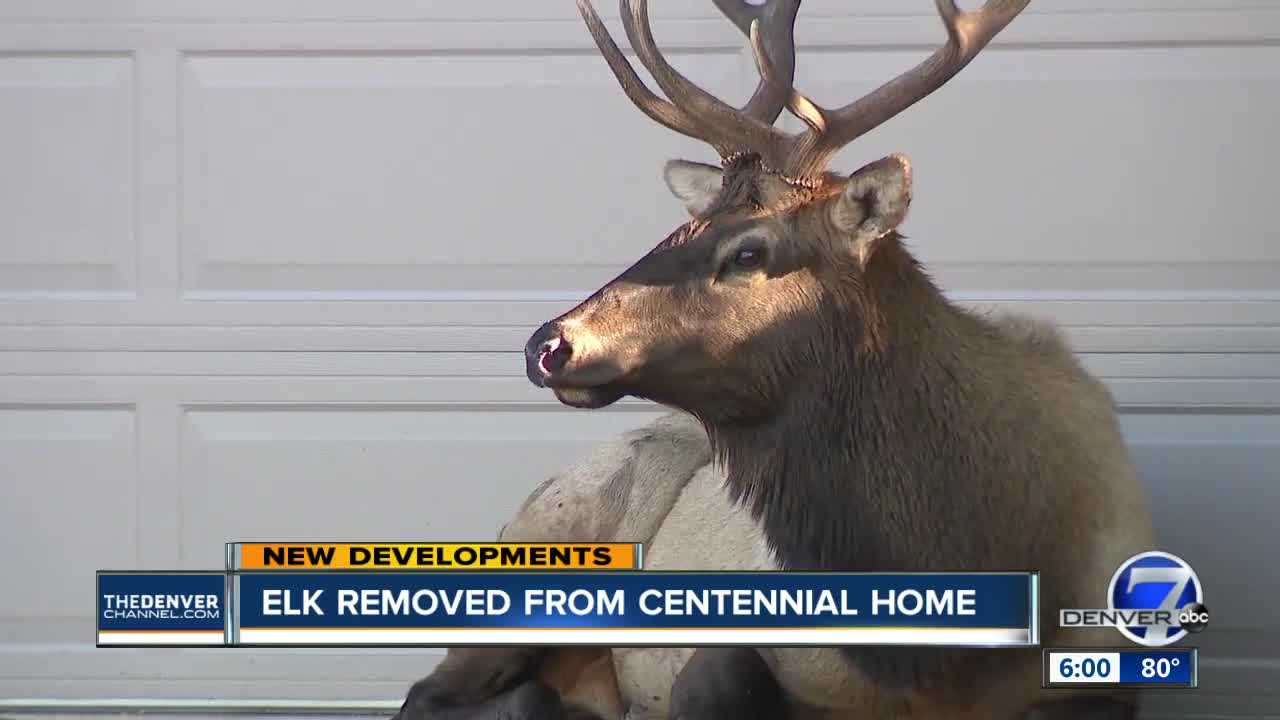 Colorado wildlife officers tranquilized and safely removed an injured elk that refused to budge from a driveway in a Centennial neighborhood Thursday. 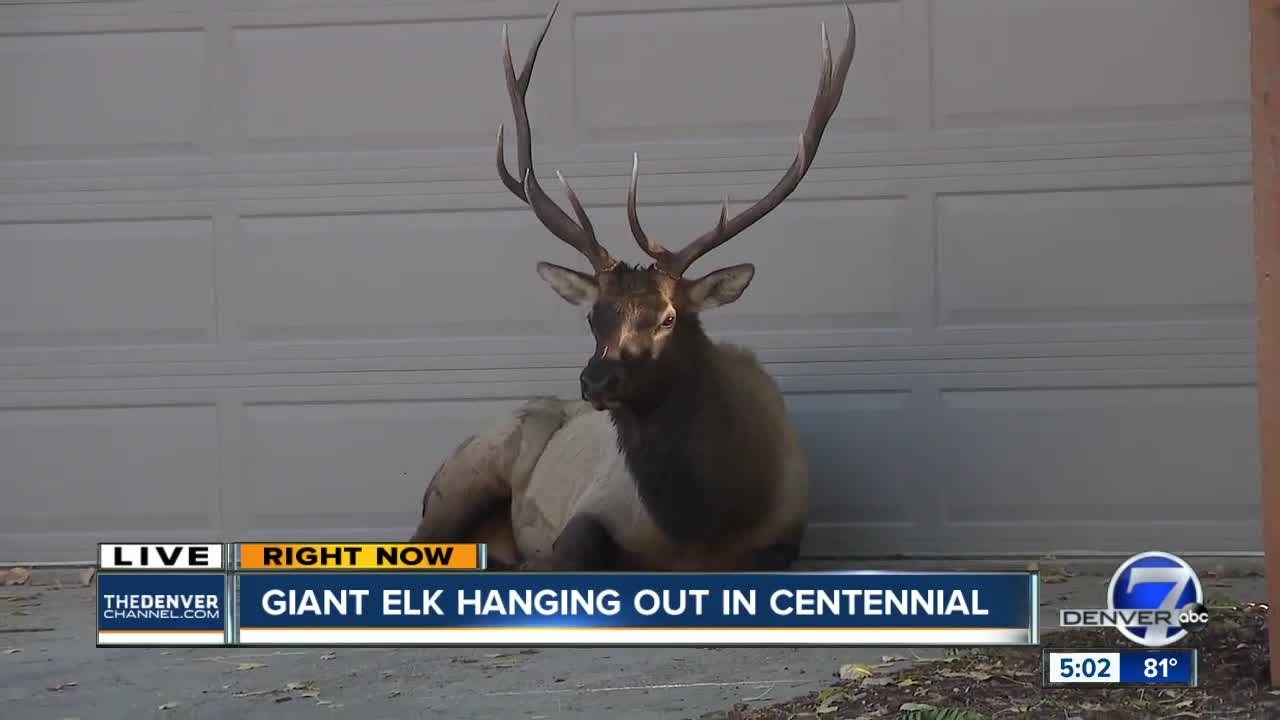 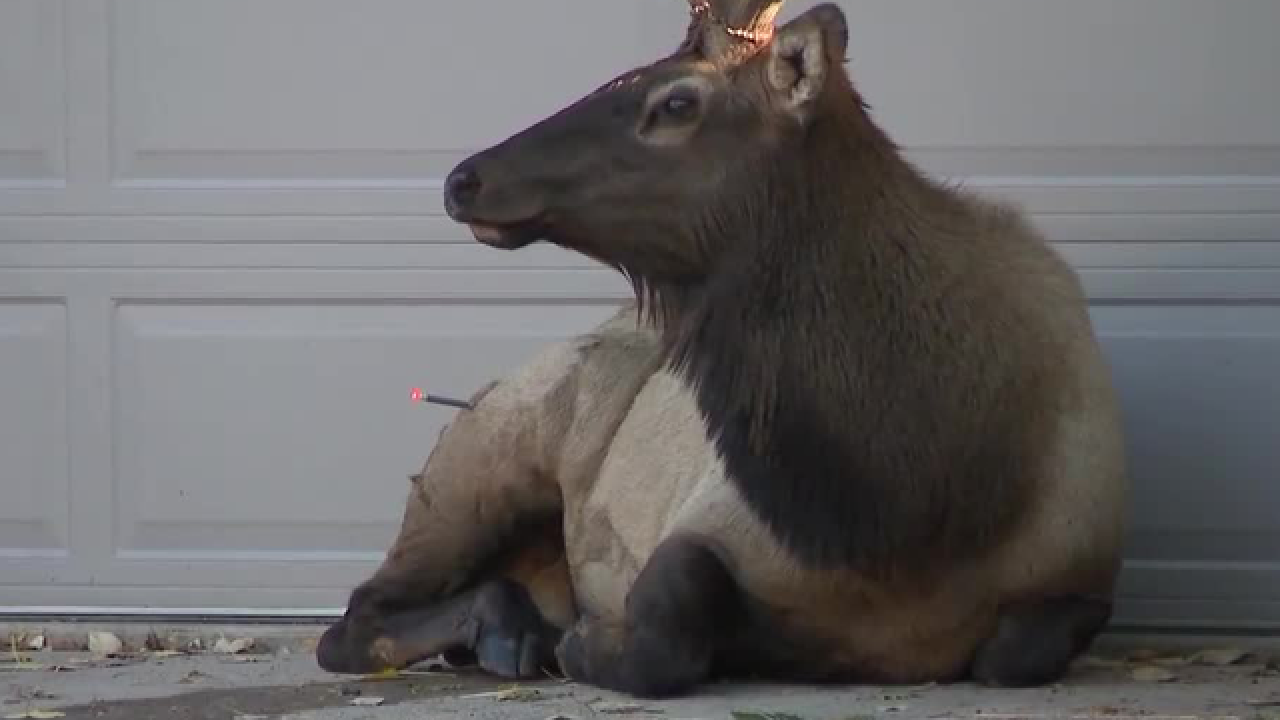 CENTENNIAL, Colo. — Colorado wildlife officers tranquilized and safely removed an injured elk that refused to budge from a driveway in a Centennial neighborhood Thursday. The animal was released into its natural habitat Thursday evening.

Neighbors in the 7000 block of South Pennsylvania Street first noticed the elk around 3 p.m. The animal was seen sitting in a driveway with an injured leg.

Officers with Colorado Parks and Wildlife were called and tranquilized the animal as a large crowd of people began to gather.

Denver7 broadcasted the event live on Facebook. Watch the video in the player below:

The tranquilized animal was placed into a trailer and taken to a facility where it will be evaluated and treated.

Before they took the elk away, wildlife officers allowed neighborhood kids to pet the animal and take pictures in an effort to educate the public about wildlife management.

Wildlife officials said the same elk was spotted in the neighborhood the day before. It’s unclear how the animal injured its leg.

Jason Clay with CPW said the elk was released in Douglas County, southwest of Littleton. There's a known elk herd in the area, he said. While the elk was injured, he said it was minor and officers didn't think it needed medical attention.

Wildlife officers placed ear tags on the animal and cut off part of its antlers so hunters know it was in contact with the offices, Clay said. The elk's meat would not be safe for humans to consume. The elk still has enough of its antlers to defend itself.

Our wildlife officers were able to relocate this elk out of Centennial and let it go free back into its natural habitat. pic.twitter.com/MuVIVOp4w1