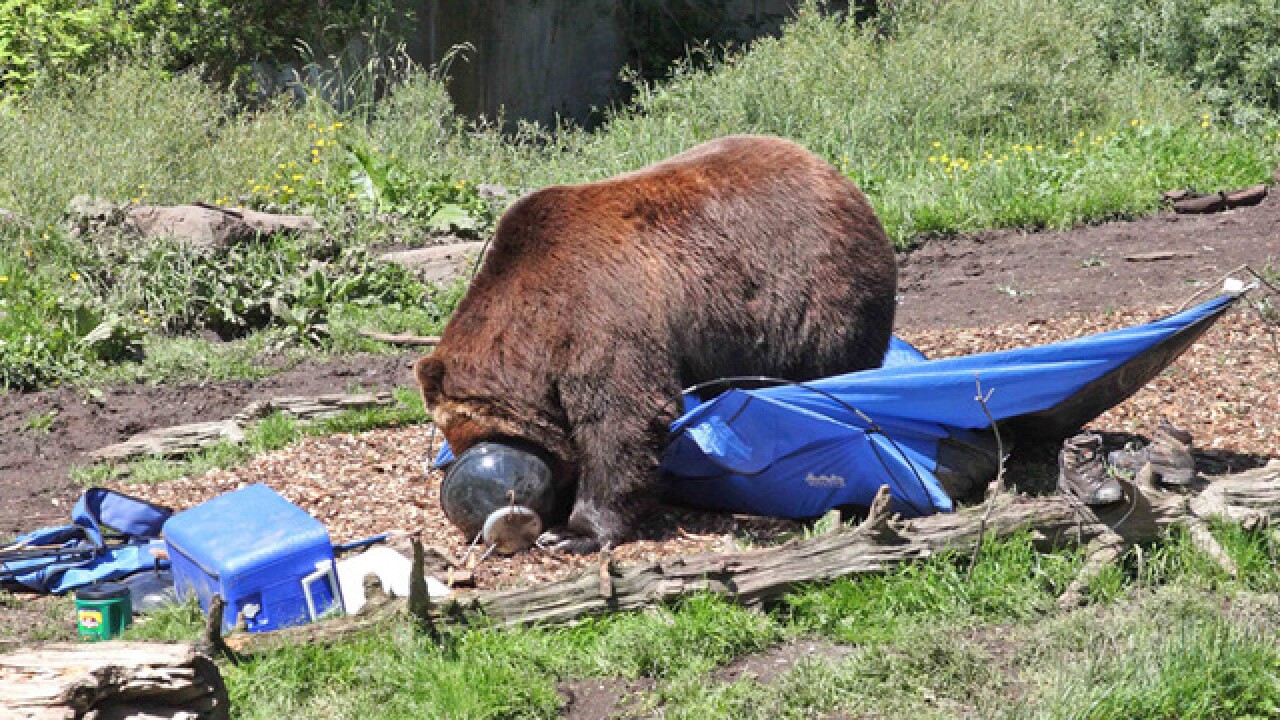 <p><strong>Photo of a bear visiting a camp where food was improperly stored. Courtesy: U.S. Forest Service</strong></p>

DILLON, Colo. – If you’re heading out to Colorado’s high country to camp, make sure you have a secure way to store your food.

The U.S. Forest Service has implemented a required food storage order for North Rock Creek Road of the Dillon Ranger District in the White River National Forest near Dillon.

Officials said an increase in bear activity prompted the order.

During the weekend of July 8 and 9, Forest service officials say a large bear approached a group of campers at six or more campsites and was relatively undeterred by human presence, shouting and other noise and commotion.
The bear also popped an air mattress in one tent while seeking food, according to officials.
No one was in the tent at the time.

Between July 16 and 19, the bear was spotted in several more campsites, and even ripped open a four-sided screen tent while the camper was nearby, officials said.

“Public safety is a top priority for the District,” Bill Jackson, district ranger for Dillon Ranger District, said. “This order will provide an opportunity to address the undesirable human-bear encounters we have been seeing lately at North Rock Creek.”

Under the order, campers must store their food, cooking equipment, cooking utensils and coolers in bear-resistant containers, locked vehicles, or food lockers.