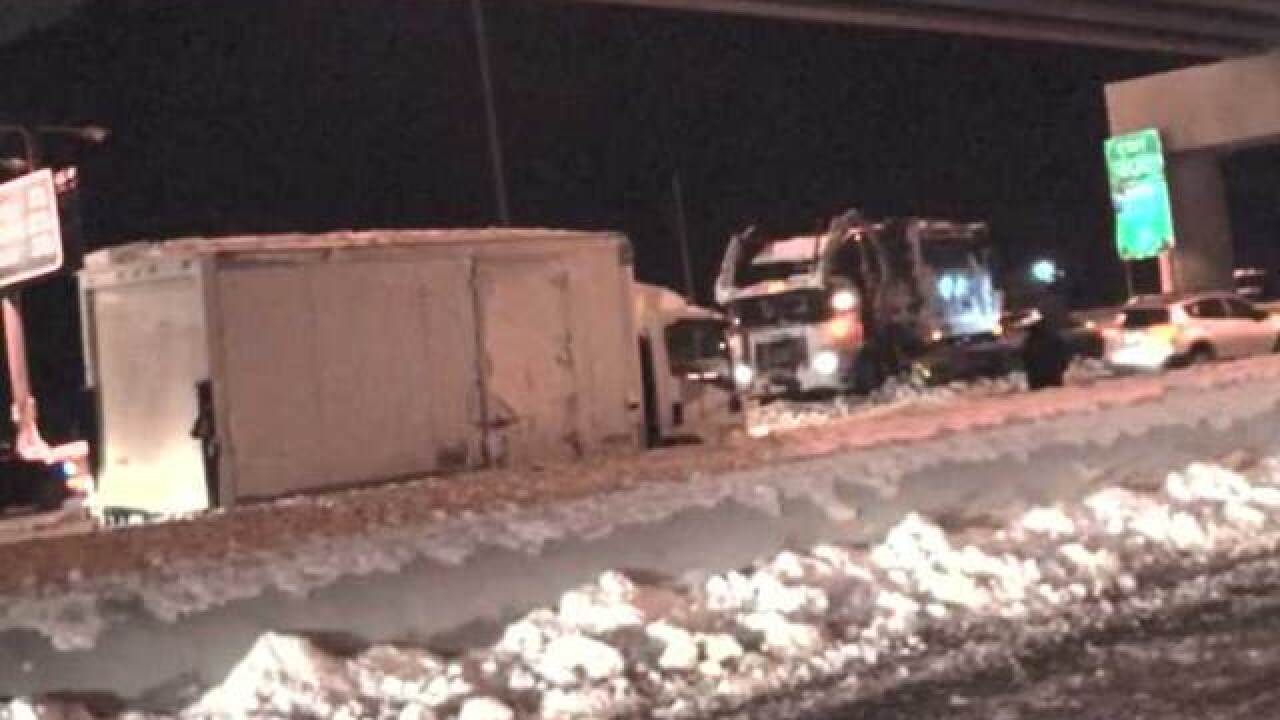 Icy roads were being blamed for multiple crashes in the Denver area metro area on Thursday morning.

Denver Police closed eastbound I-70 from Federal Blvd to Pecos St. due to multiple accidents and road conditions just before 6 a.m. The highway reopened at 7:20 a.m., but delays lasted much longer.

This is the backup behind the EB 70 closure at Federal. 38th Ave is a better option. pic.twitter.com/V3Aujlvtec

A rollover on southbound I-25 at Hampden also caused long delays Thursday morning.

Yuck. Huge delays getting past the SB 25 rollover at Hampden. pic.twitter.com/lmGW6fxqAk

In addition to the ice, Denver7 traffic reporter Jayson Luber warned drivers to be careful not to hit the chunks of ice created when Wednesday's snow froze overnight.

Don"t hit thoes ice chunks that look like snow balls. They will tear up your car in ways you don't want. pic.twitter.com/rP7rEoMdvn

Denver International Airport warned that there may be closures on Pena Boulevard Thursday to remove stranded vehicles.