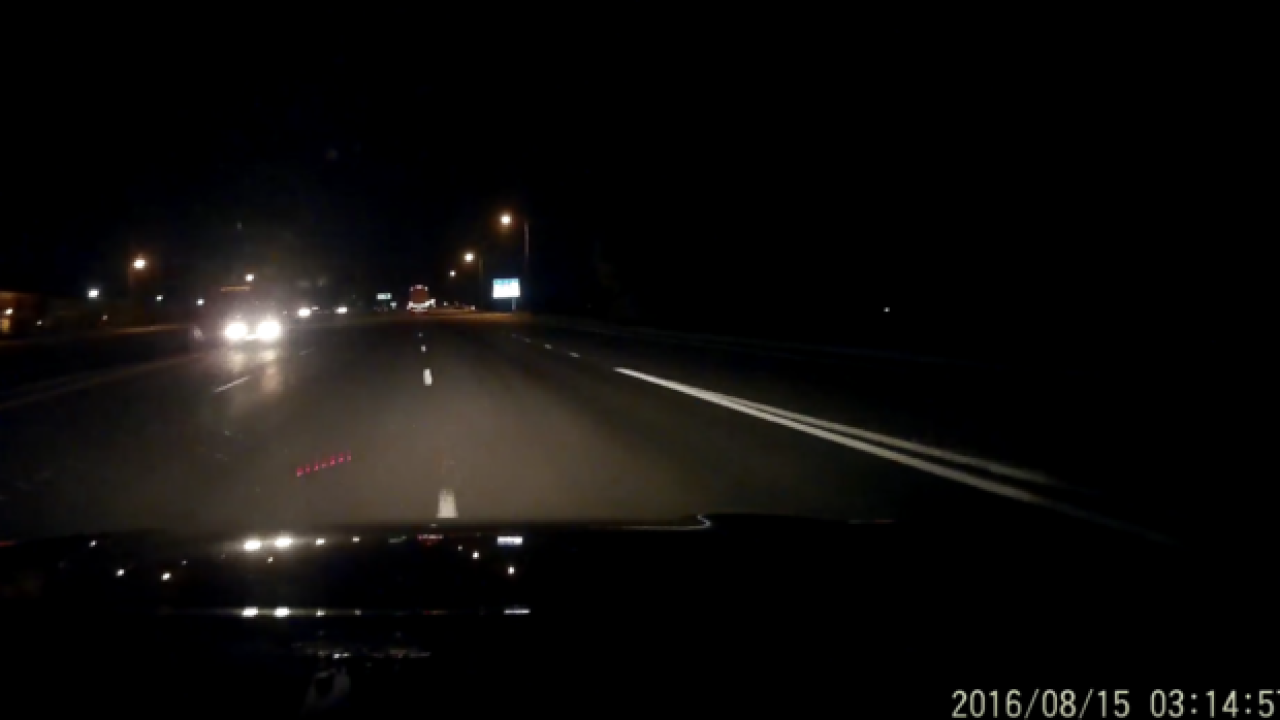 Youtube.com
<p>Video captured from a driver's dash cam highlights a wrong-way driver that police were not able to locate. </p>

DENVER - A wrong-way driver on Interstate 70 captured on dash-cam video prompted at least two calls to the Colorado State Patrol early Monday morning. There were no reports of a crash.

YouTube user "Dash Cammer" posted the video showing the vehicle heading eastbound in the westbound lanes on I-70 near the West Colfax Avenue exit. The video was time-stamped Monday at 3:15 a.m.

Colorado State Patrol says officers received at least two calls about a wrong-way driver from motorists in the area around the same time the video was recording.

Troopers say they were not able to get a detailed description of the vehicle and they weren't able to locate it. There were no reports of a crash in connection to the incident.

VIDEO | You can see the video here. Warning: Explicit language.