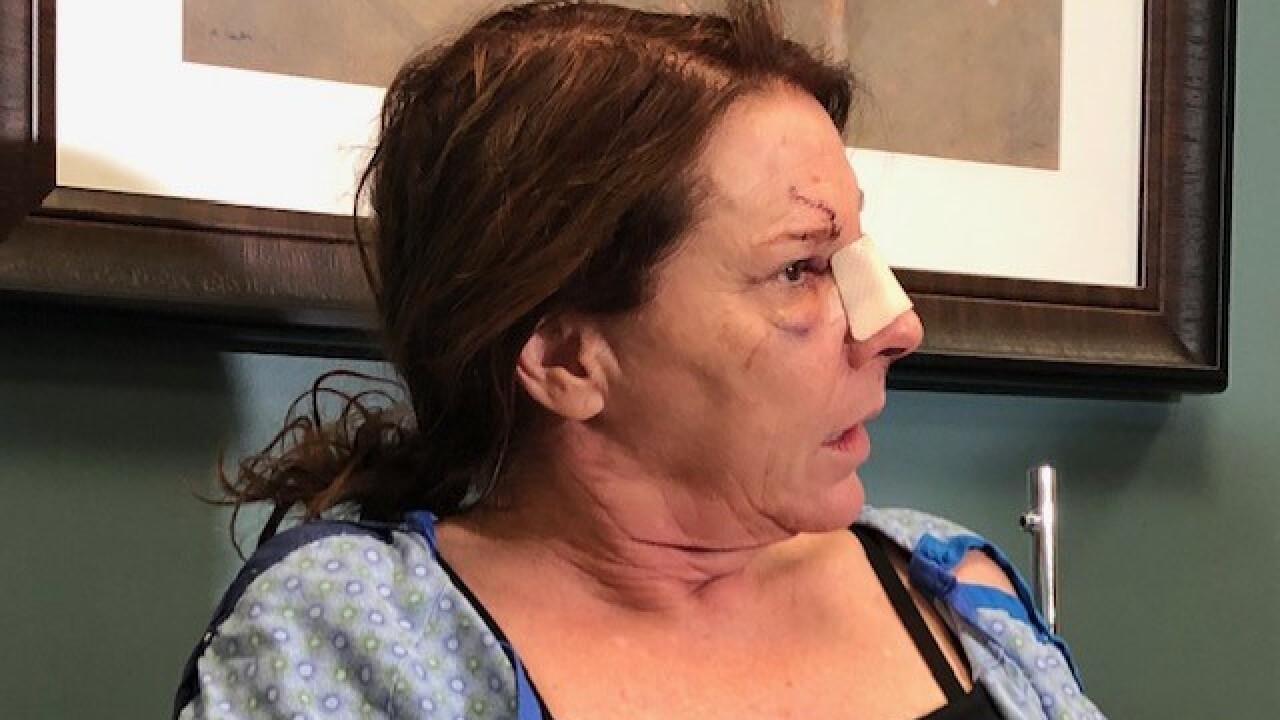 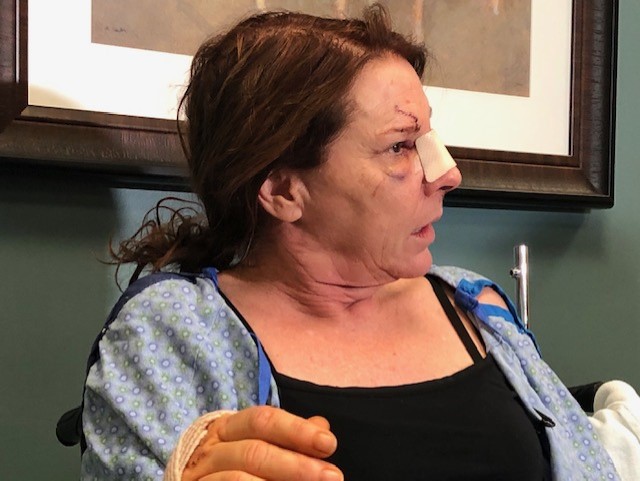 LAKEWOOD, Colo. -- Leslie Maddox had just gotten off work at Red Rocks Community College and was on her way to a fitness class when a semi-truck slammed into her car on I-70 under the Denver West overpass.

"The whole front of my car was blown away," she said. "There was glass everywhere."

Maddox was on her speaker phone talking to her daughter.

She said her daughter "heard all the alarms going off violently," then her phone went dead.

"I didn't know what happened,” Maddox said. "This girl opened the door. She had a Red Rocks Community College t-shirt on. She checked my neck, made sure I was stable and said, 'you need to get out.'"

Maddox later learned that the Good Samaritan was Meleia Harsh, a student at Red Rocks.

She said another Good Samaritan, a Marine named Lloyd, came up and said, "you need to move! Things are starting to blow."

She said they started walking her toward police.

"My arm was broken," Maddox said. "It was hanging down, and blood was just oozing from my face."

The victim told Denver7 she didn't realize how close she came to death until Friday, when she saw a video of the out-of-control truck zooming past another driver.

She later learned that at least four people lost their lives.

"I cried for a long time because it could have been me,” she said. “Things like that don't happen very often in life. I just pray for them. I know I'm very lucky."

Maddox is grateful the semi didn't hit her from behind.

The victim praised the Good Samaritans.

"Two people were there worrying more about me than themselves," she said.

She also praised the doctors, nurses and staff at St. Anthony's Hospital.

Maddox told Denver7 that she had double surgery last night and needs more.

She said she has a few weeks of recovery and will then begin physical therapy.

As horrific as the accident was, Maddox said she's grateful it wasn't worse.

She said she'll be happy to get home to be with her family on Saturday.