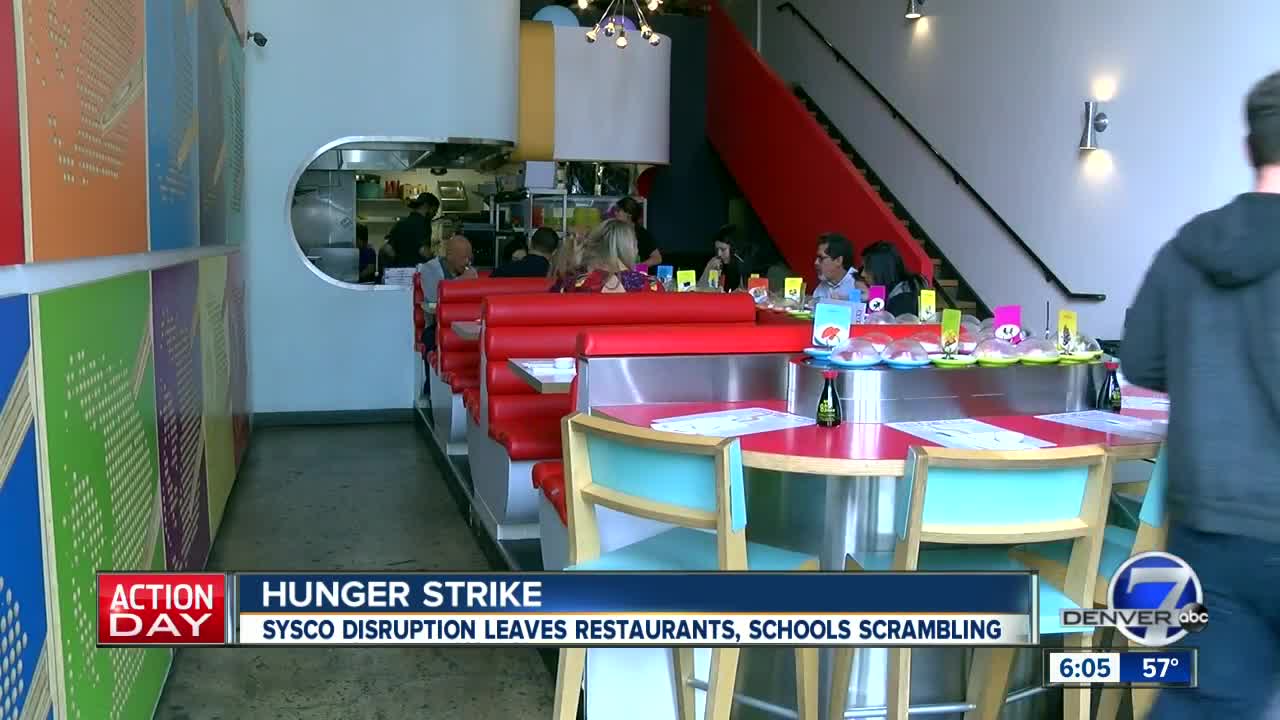 DENVER — After more than 300 Sysco employees went on strike Sunday night, restaurants like Sushi-Rama are feeling the heat.

The strike, comprised of warehouse workers and truck drivers, followed a 97% rejection of Sysco's contract proposal, which union leaders said threatened the safety of workers and the public on the roads "by placing performance standards on drivers," according to a union spokesperson.

Sushi-Rama owner Jeff Osaka said he's already had to pick up supplies like carrots and celery on his own from Sysco.

"There are some commodity items like containers, paper towels, that we rely on Sysco to support us with. It was more the inconvenience because we could have easily picked up ourselves," said Osaka.

Across town at "Just BE Kitchen," head chef Chase Elliot said it's more than just an inconvenience.

"This is affecting their entire city," Elliot said.

He said about 80% of their product comes from Sysco and although they've been good partners so far, the strike is making it hard to run business.

"My order was slated to be picked up at 9 a.m. this morning, I had my chef there at 11 and it still wasn't ready, now I'm being told 2 (p.m.), it might be sent out on a hot shot, it might not even come in today. I'm already out of a few dishes that I can't replace it," he said.

With no end in sight, some restaurants are doing all they can to not let their customers feel their struggles.

The union represents more than 10,000 warehouse workers, drivers and maintenance works at more than 50 food distribution centers across the U.S. and Canada.