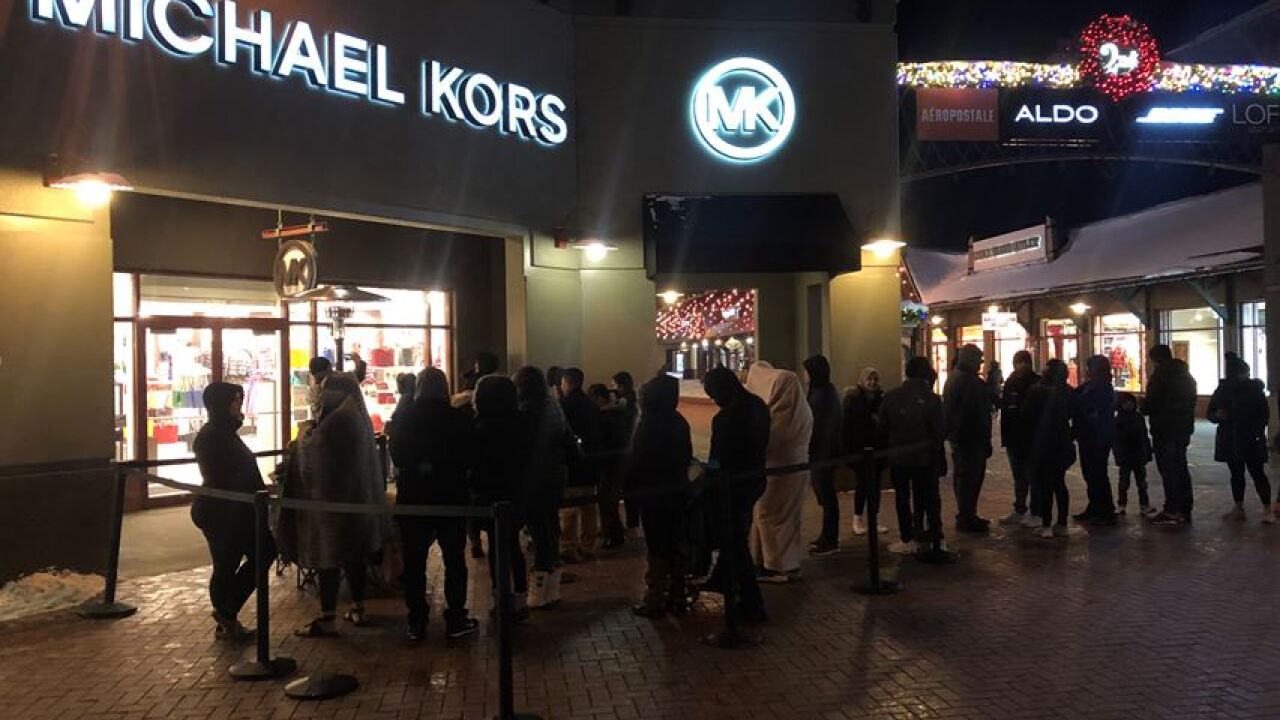 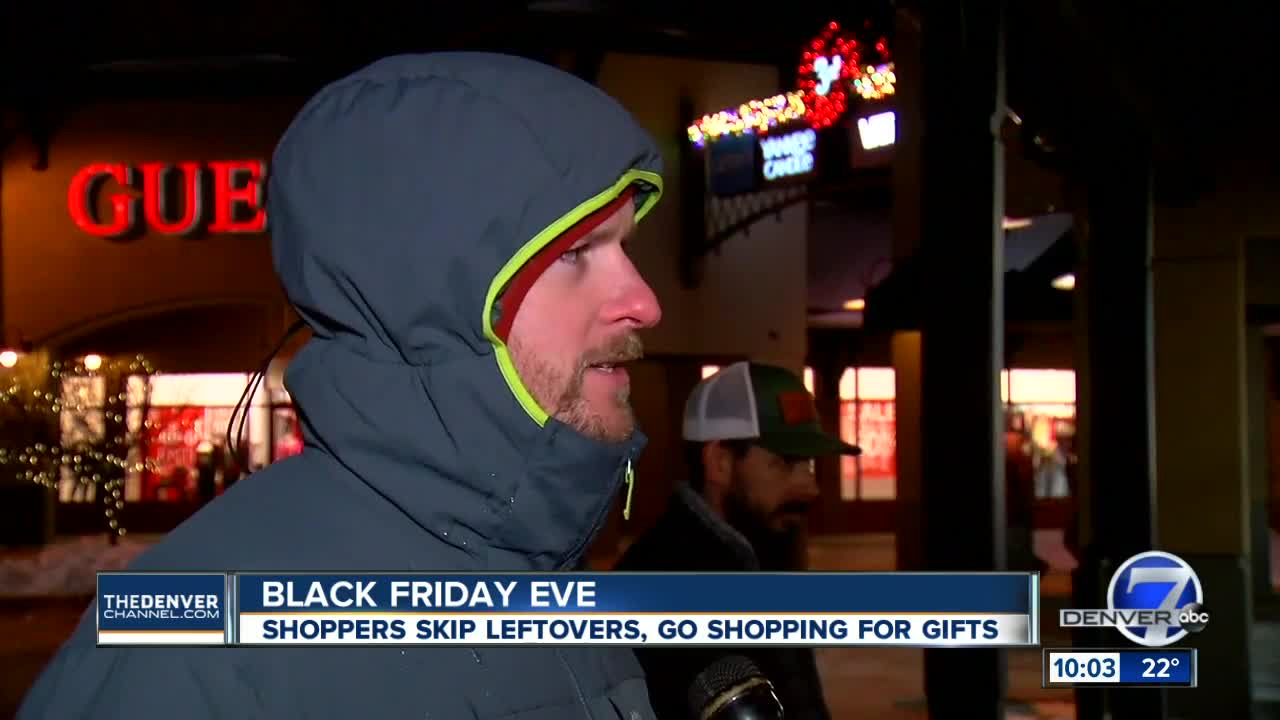 CASTLE ROCK, Colo. — The cold temperatures outside didn’t stop shoppers from snagging some hot deals after filling up on turkey.

Hundreds of people headed to the outlets in Castle Rock on Thanksgiving Day. Some shoppers arrived more than an hour before the doors opened at 8 p.m. to take advantage of the doorbuster deals.

Amy Albarran braved the cold to catch the sale at Kate Spade.

"Just some great deals on some fun purses for friends and family for Christmas," Albarran said.

While many turn to online shopping, some still like buying gifts the traditional way.

"You’re not going to get this (deal) online, one. And two, the experience, it’s just nice to come out," shopper Andrew Jones said.

"I still like to touch, and feel, and see what I'm getting,” shopper Chrystal Painter said.

Brianna Baylock is part owner of the Rocky Mountain Chocolate Factory. Her shop opened last December, she says she’s looking forward to the increase in sales.

“It’s one of our busiest day of the year,” Baylock said.

A spokesperson with the mall says they are expecting 150,000 shoppers over the weekend.