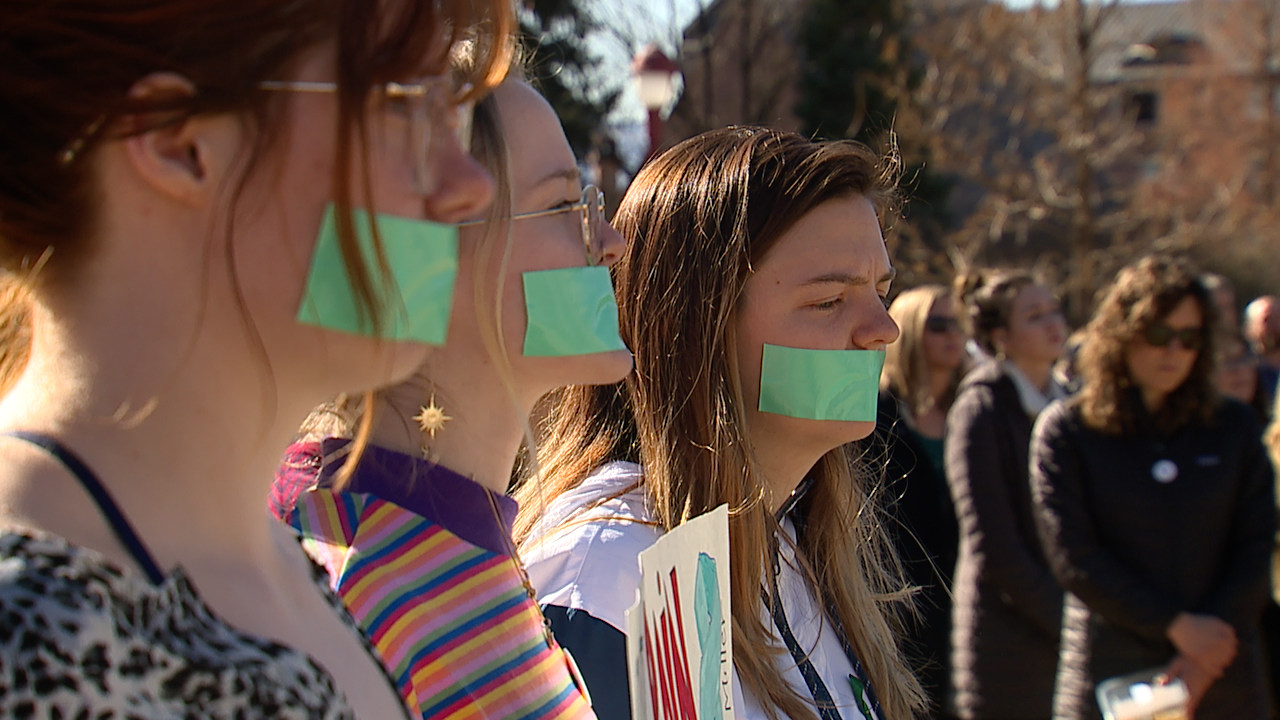 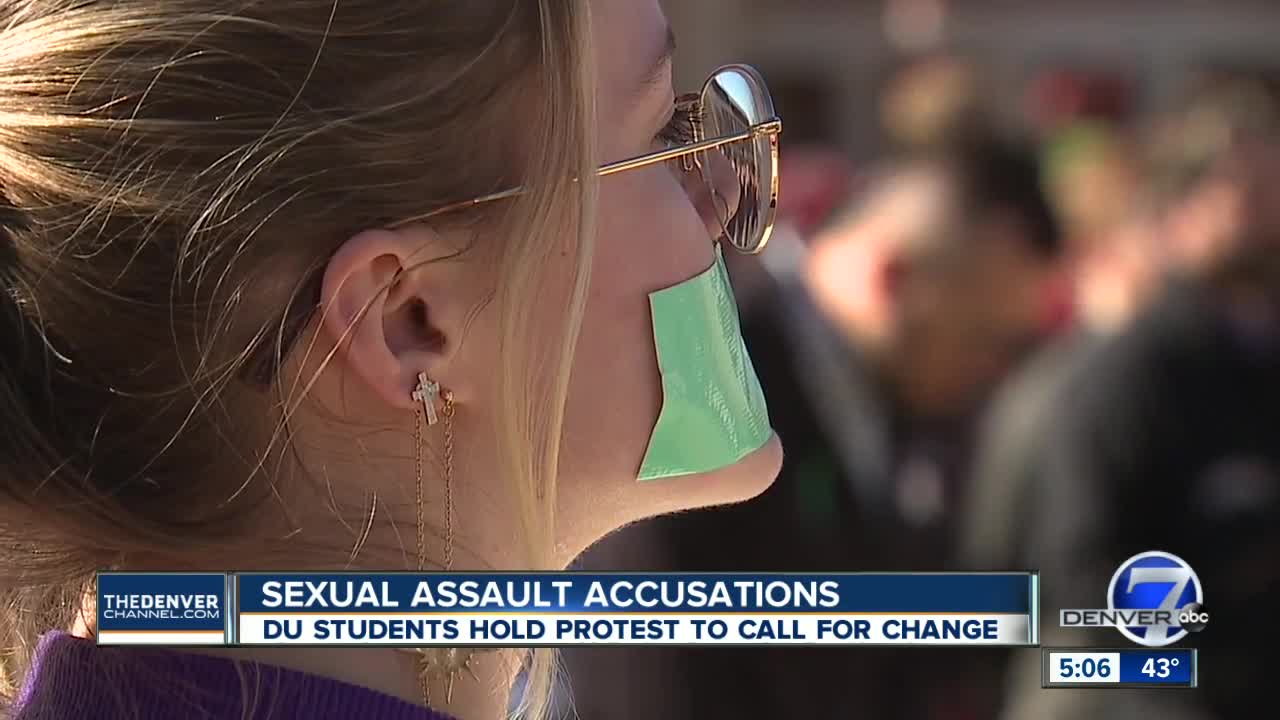 DENVER — Stories posted to an Instagram account from sexual assault survivors at the University of Denver have continued creating awareness.

Shannon Saul, who is finishing her last quarter at DU, said many survivors on campus have felt isolated and as if their painful experiences didn't matter to school officials.

"At DU, this issue isn’t really talked about and survivors often carry a silent burden around with them, so the symbolization of this protest is that we’re silent but we’re in front of you and you can’t ignore us anymore," Saul said.

Madeline Membrino and Grace Wankelman also helped organize the protest. Both are survivors of sexual assault.

Wankelman said it wasn't until the Instagram page, showing stories from countless other survivors, that the university began to pay attention.

"I am frustrated that it took so much of this for the school to finally listen and for the school to finally start wanting to make change,' Wankelman told Denver7. "I understand that they have implemented various resources, they have done stuff in the past, but clearly, when looking through the stories on the page, when talking to students on campus and talking to survivors, it has not been enough."

Title IX Coordinator with the University of Denver, Jeremy Enlow, said the university is listening and wants to address concerns students have.

"University administration, and specifically the chancellor, is taking this very seriously," Enlow said. "I think this personally touched a lot of administrators that don’t normally work in this area, so it’s about refocusing and addressing how our students navigate this campus and creating a safe environment for all students."

Enlow said the chancellor met with Wankelman and Saul in order to hear what changes needed to happen.

"One of the students actually shared that DU can actually be a leader in this space and that’s really how administration is taking it, working in collaboration with our student leaders, working and making sure that student voice is there, so that our response and our progress moving forward, there’s a buy-in from across the university as a whole."