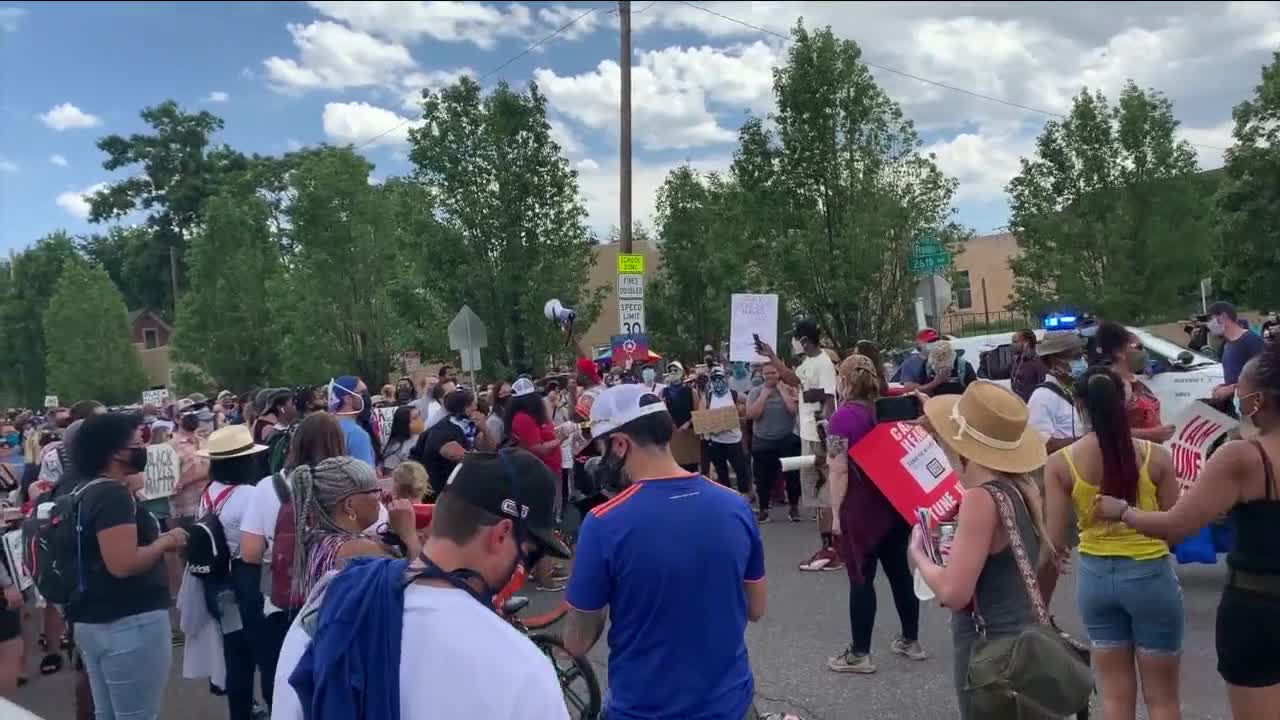 DENVER — Gathering together to commemorate Juneteenth is nothing new.

"It stands for togetherness. It stands for unity, so it's important we get together and stand for each other," Denver Juneteenth organizer Norma Harris said.

But given everything that's gone on locally and nationally in the past few weeks, this year seems to have a bit more to it.

"It's beautiful. How the community is coming together, what we're doing with Juneteenth," Harris said.

Hundreds of people gathered Saturday at Manual High School to participate in the Juneteenth Parade this year, led by Denver School Board Member Tay Anderson and other community leaders.

Juneteenth is the oldest known celebration of the end of slavery in the United States.

"Not only are we going to be remembering those we've lost but also celebrating the legacy they leave behind so we can make sure to push their legacies forward to make sure their legacies are never forgotten," Anderson said.

Many are thankful for the accomplishments that have been made so far, with the police accountability bill going through the state legislature, and school resource officers being removed from Denver Public Schools. But they also want more done in the way of change for racial equality.

"Those are the first of big accomplishments for this state. We've seen time and time again where African Americans have died, and we've done nothing. Now we have people in office willing to d the change and make it happen, and now we're here to make sure the change gets pushed forward," Anderson said.

So they'll keep marching on to continue the fight and keep the push going for change hoping this time next year, there's more to celebrate.