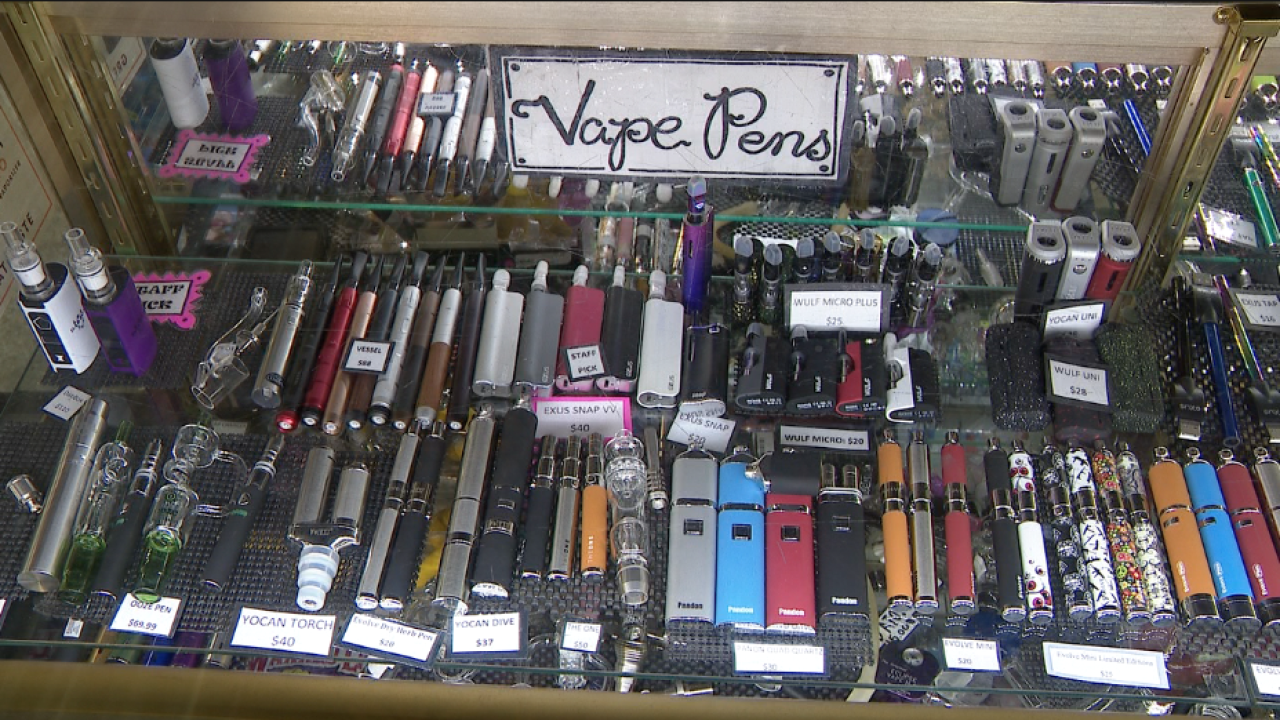 Vape pens and pods are posing a new challenge for hazardous waste management facilities since they are difficult to dispose of. 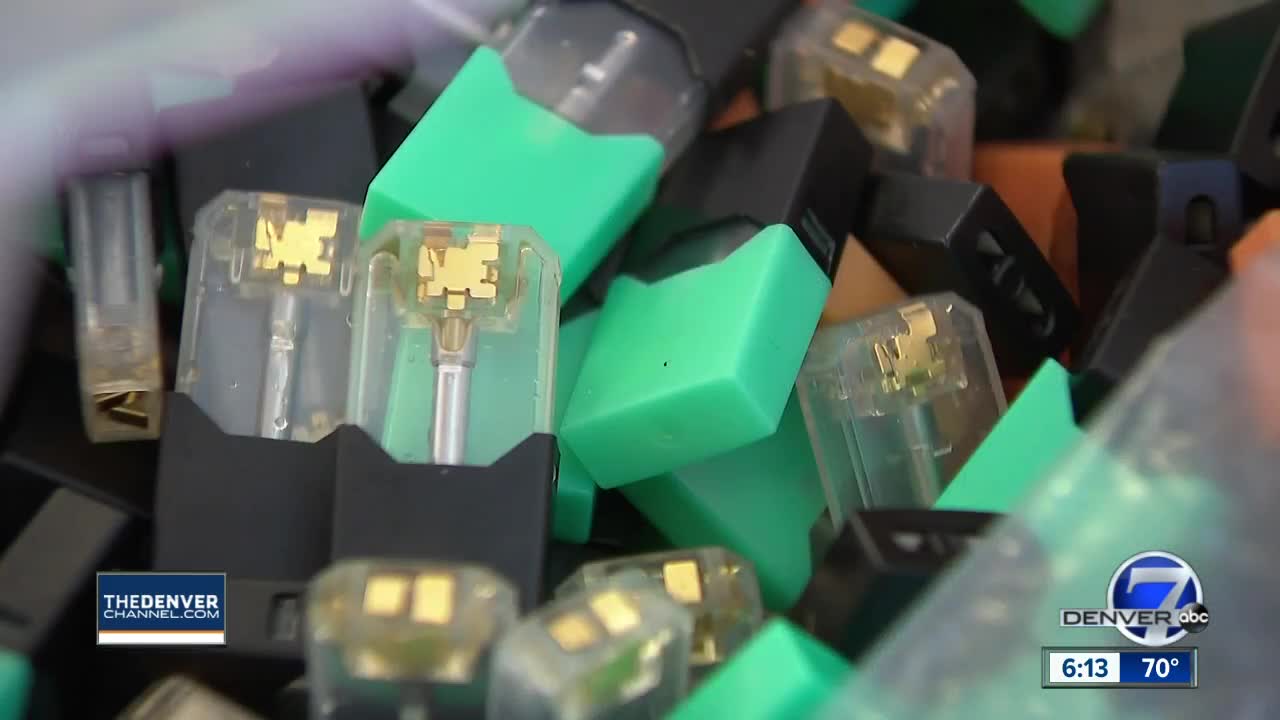 BOULDER — Employees at the Boulder County Hazardous Materials Management facility on 63rd Street have seen quite a few changes over the years.

The facility acts as a collection for hazardous materials people use in their households. The center collects, separates and then safely disposes of chemicals, batteries and more.

The list of items the facility accepts is quite long.

“Latex paint, any cleaning products from your home, fluorescent lightbulbs, a lot of times you’ll have the four-footers or even the curly cues that are CFL’s, so they all contain mercury,” Fuller said. "Pesticides, herbicides, rodenticides, fungicides, oil and antifreeze.”

She said she’s seen some interesting items pass through the facility over the years.

“We had some breast implants come in because of the silicon and formaldehyde they were in. We had snakes that someone had picked up off of the side of the road and wanted to keep as a specimen. Last year we got a jar of teeth,” Fuller said.

Lately, though, employees at the facility have been dealing with a new challenge. Vape products have been coming in by the pound.

Vaping is becoming a more popular trend across Colorado. A 2017 study found that 27% of teenagers in the state have used these products. There are also dozens of specialty stores in cities dedicated to these products.

This is not the first time new technology has changed the way the waste facility handles items. The Boulder center implemented new take-back programs for e-waste several years ago after the state of Colorado implemented a new e-waste ban at landfills.

However, this new tech trash poses new challenges since there are so many components that could be considered dangerous in vape pens.

Because of the materials that make up vaping product and the dangers they pose, pens and pods cannot be thrown into either a recycling bin or a trash can. Instead, they need to come to hazardous materials facilities to by separated and shipped off to specialized centers.

“For us, we are mostly concerned about the nicotine. Nicotine is considered a P-listed waste, so an acute hazardous waste,” Fuller said.

Because of that designation, the pods that hold the nicotine need to be put in a toxins bin and shipped off with other poisons or pesticides to a facility to incinerate it.

Another major concern are the batteries used in the vape pen products. Many of the products rely on lithium-ion batteries, which are similar to the ones used in laptops or cell phones.

“We’ve had two battery fires in our recycling facility across the parking lot here in 2018, so we’re hoping to bring awareness to the batteries and making sure that people don’t just throw them in the trash,” Fuller said.

The Boulder facility has seen such an increase in the amount of vape products coming in that it’s tailoring some of its techniques to accommodate for the change in tech trash.

“We’re trying to develop some guidance and be a resource for people,” Fuller said. “We could be on forefront of this.”

Last summer, Fuller and other representatives from the Boulder County Hazardous Materials Management facility visited 10 vape stores across the county to learn more about these products and to hand out pamphlets to the shops for people so they could learn how to dispose of the vaping pens and pods properly.

As times change, Boulder and other waste management centers across Colorado are trying to be innovative to deal with new challenges.

Now, they are asking users to do their part to dispose these products safely and responsibly.

For more information on how to safely dispose of these products in Boulder, go here.