How natural ice sculptures, like waves frozen in time, formed on Colorado lakes 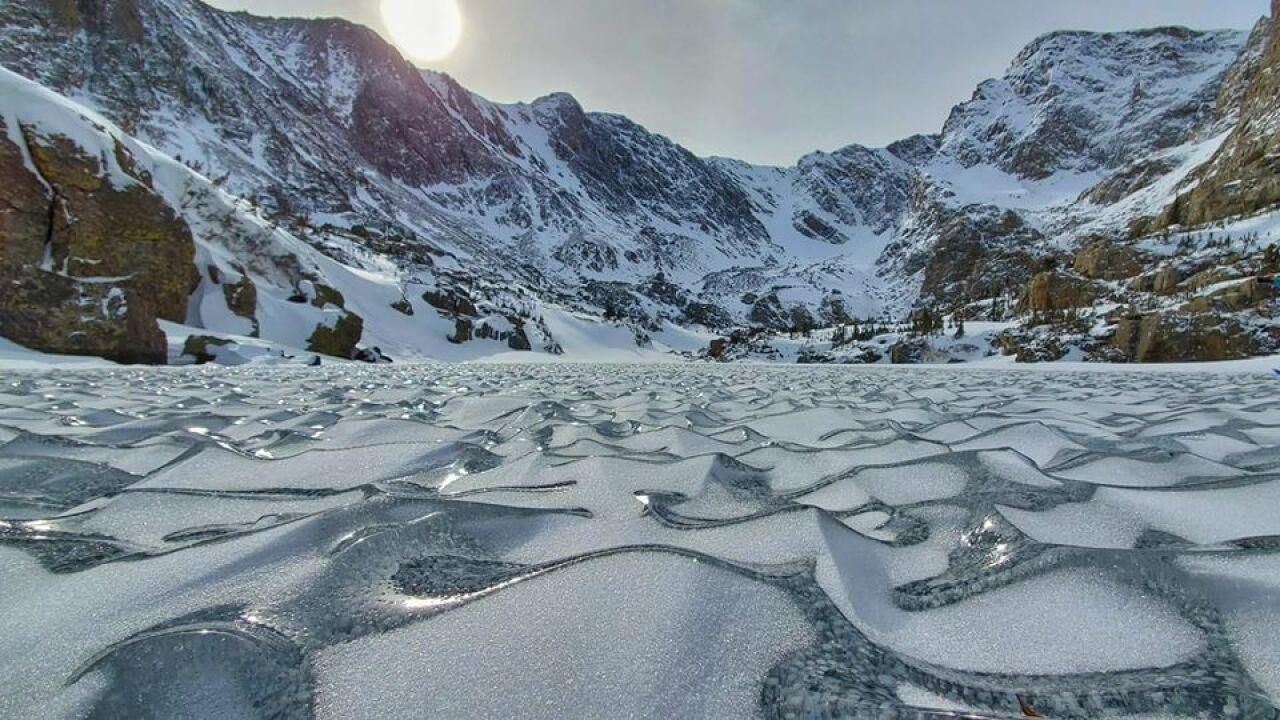 Dennis Wolf
The Lake of Glass at Rocky Mountain National Park this month.

DENVER – The photos almost look fake: Wavy ripples across a lake at Rocky Mountain National Park, frozen in time as if they were sculpted by hand.

But they're real, and another fascinating phenomenon of Colorado weather.

We've seen several pictures of these natural ice sculptures in the national park, posted in Our Colorado Through Your Photos group on Facebook. In November, they were spotted on The Loch in the Glacier Gorge area of the park.

Stephen Hatch managed to get an incredible picture of the waves of ice near a boulder in the lake.

And we saw these sculptures again in the Facebook group this week, when Dennis Wolf posted a photo from the Lake of Glass, up the trail from The Loch.

Again we saw almost perfectly crafted waves of ice, with a thin layer of snow across the surface.

But we still didn't have much of an explanation for how these icy waves are formed. Search "ice waves" or "natural ice sculptures" on Google and you'll mostly see articles about the Great Lakes, where freezing temperatures and strong winds can form literal waves of chunky ice.

Instead, we got a better answer from the National Weather Service in Boulder. Meteorologist Greg Hanson viewed the pictures and said the sculptures were likely the result of drifted snow that had melted across the surface of the frozen lakes, and then re-froze into ice, with a wavy appearance.

A big clue, Hanson said, was the thin layer of snow across the ice sculptures in Wolf's photo from the Lake of Glass.

We thought that maybe the waves on the lake had simply frozen in place, due to wind or freezing temperatures. But Hanson said waves won't freeze in place, as water simply won't go from liquid to solid that fast.

When waves are in freezing water, they'll begin to turn into a slushy form or ice known as frazil, Hanson explained. The frazil slush will collect collect on the surface of the water and eventually freeze into solid ice.

Rocky Mountain National Park clearly has been a good place to find the wavy ice sculptures. The park already had a snow depth of more than 20 inches and temperatures below zero by late October.