A Weld County man was cited for animal cruelty after his horse had to be euthanized due to a painful foot condition, the sheriff's office said Tuesday. 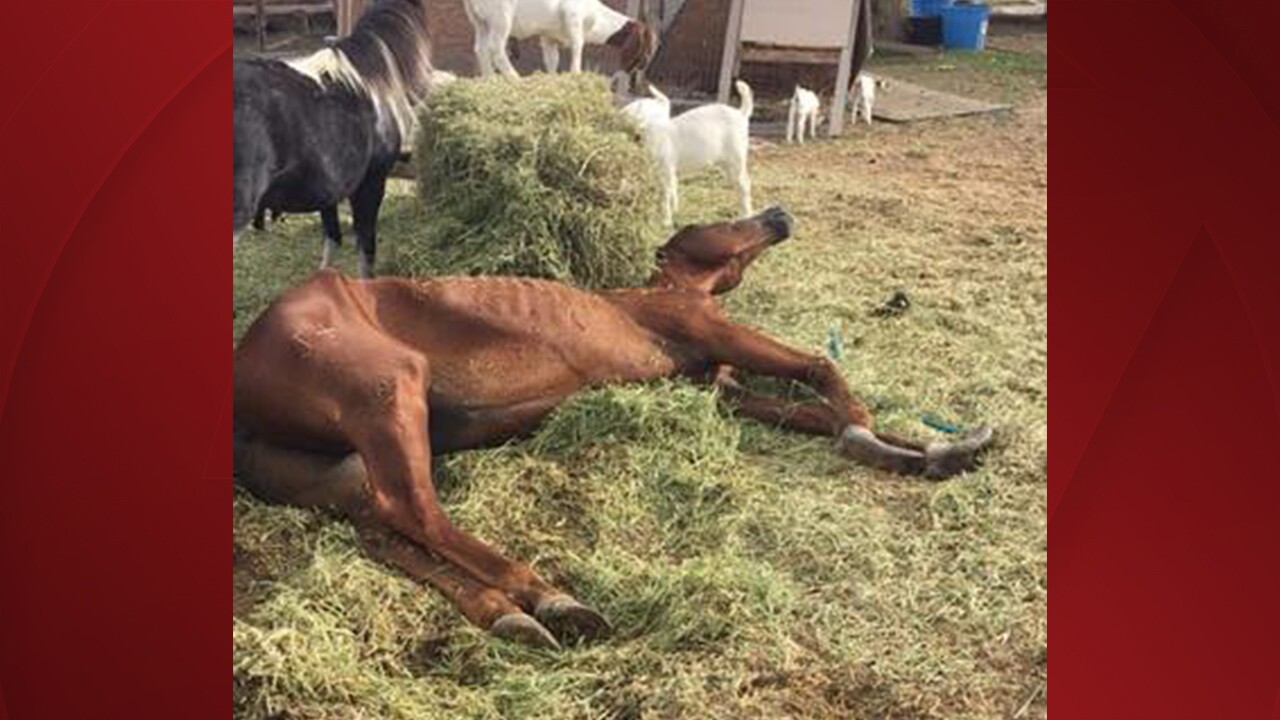 WELD COUNTY, Colo. — A Weld County man was cited for animal cruelty after his horse had to be euthanized due to a painful foot condition, the sheriff's office said Tuesday.

John Thomas was cited on one county of misdemeanor animal cruelty, officials said.

The horse was found suffering from a severe case of founder, an inflammatory condition affecting a horse's hooves.

“Essentially, the horse’s hooves were so overgrown it was too painful for it to walk,” Weld County Sheriff’s Office Animal Control Officer Rebeca Farris said in a news release.

Deputies had responded on Monday to a report of animal neglect at a property in unincorporated Weld County, near Briggsdale. The deputies returned to the property with a veterinarian on Tuesday and determined that the horse's hooves had not been trimmed in at least a year, possibly two, the sheriff's office said.

Veterinarians were forced to euthanize the horse, determining rehabilitation was not a viable option.