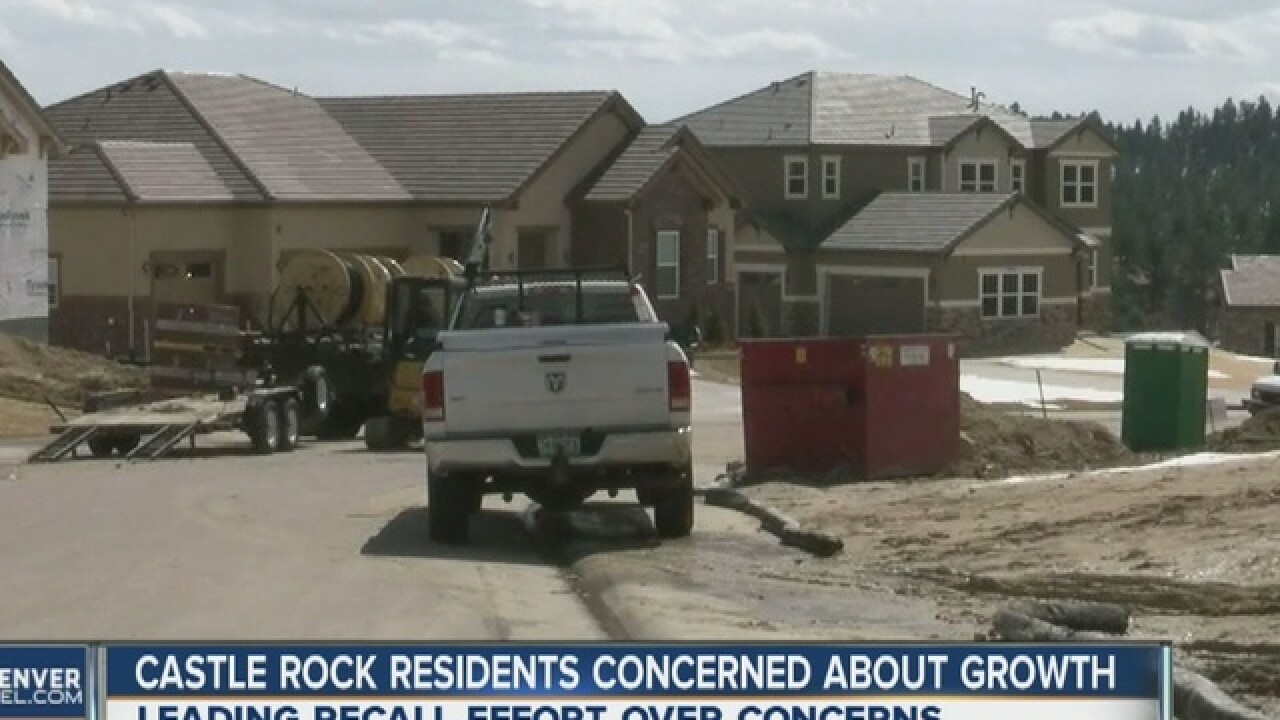 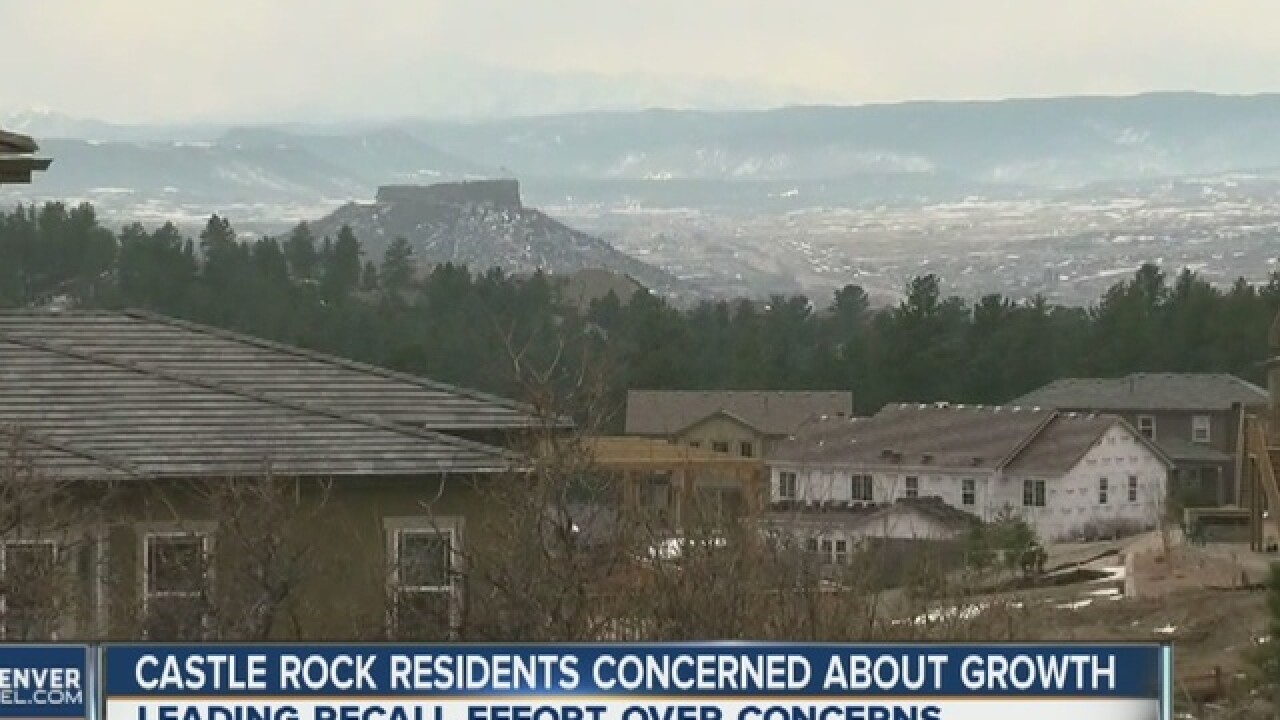 A group of homeowners is trying to recall the mayor and two other town council members over development concerns.

Castle Rock Citizens' for Responsible Development wants the town to put the brakes on new construction. It points to bumper to bumper traffic along I-25 as proof the town is growing too fast.

"These three annexations that they're trying to push through by November is extremely aggressive, our infrastructure can't handle that," said Pratt.

Three proposed annexations are in the works now, and would add 4,000 homes to the town.

Pratt said the group tried to get the town council to adopt an initiative petition that would have required any annexation of more than five acres to go to a vote of the people.

"It just sends a message that he works for us, but he does not listen to us," said Pratt.

"I'm in full support of the process if that's the direction that they'd like to go," said Castle Rock Mayor Paul Donahue.

Mayor Donahue said the town has a plan to properly manage the growth.

"We've got a really good understanding of what the town is going to look like in 20, 30 years from now," he said.

Donahue's term is up in November and said the recall could require a special election.

"I do regret spending 50 to 60-thousand dollars of the taxpayers money in order to decide if I'm gonna spend my last two months in office or not," he said.

"The choice is really up to the mayor, he can get recalled or resign," said Pratt.

The petitioners have 60 days to gather 147 signatures, which is 25 percent of the number of votes cast the last time a town council member was elected.

The votes would then need to be approved by the town clerk before going to the ballot.

If that happens, voters will be given the option to retain or recall Mayor Donahue.

If voters chose to recall him, the town council would then appoint a new mayor.

Councilwoman Renee Valentine provided Denver7 with the following statement about the recall efforts:

I am Renee Valentine and I am proud to be your Council member for District 5.  I take great pride in my work and listening to my residents.  My track record shows I listen—we have several projects in motion as a result of concerns brought to my attention from residents and staff follow through and implementation.

I am a resident like you that wants what is best for Castle Rock.  I am your neighbor.  I am raising my family here.  I have worked hard on all the boards and commissions and am proud of the many accomplishments that have been made working closely with business owners and residents.  I am saddened that there is a recall petition that will be circulating for only some of us—and over 1 issue, not our overall record.

I’ve been voted into office twice.  I TAKE GREAT PRIDE IN SERVING MY RESIDENTS.  If anyone wants to have further discussion, I welcome it!  I work in downtown Castle Rock everyday.  I am in the community.

If you want change, volunteer and donate your time to a board and/or commission.  We have an award winning community that we are proud to call home, let’s work together to allow smart growth.