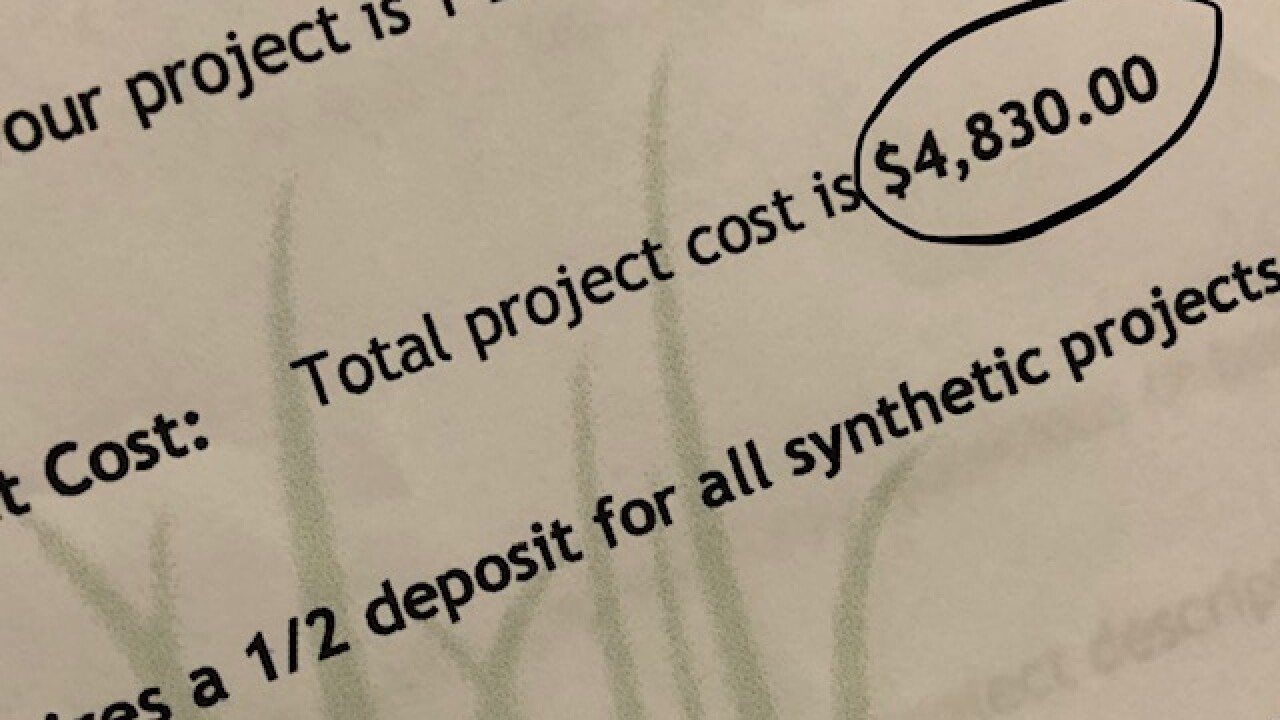 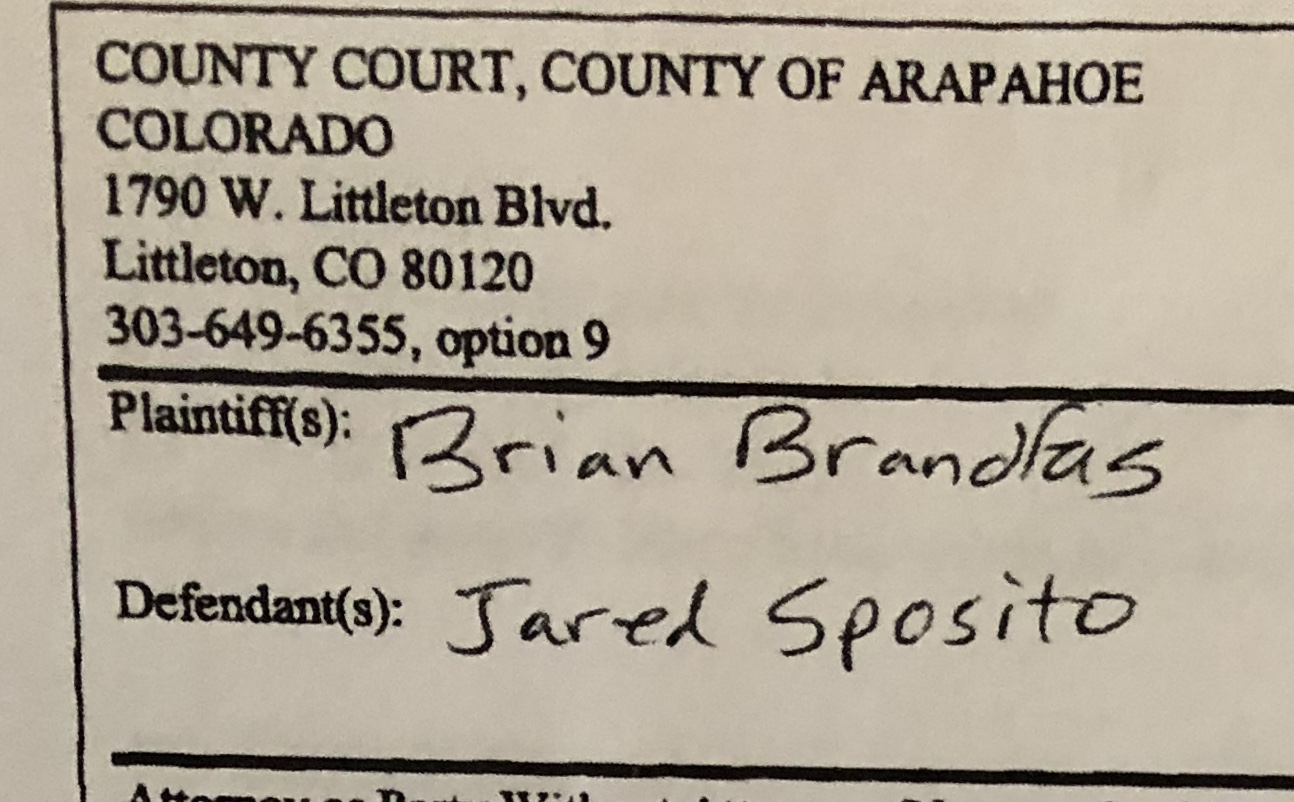 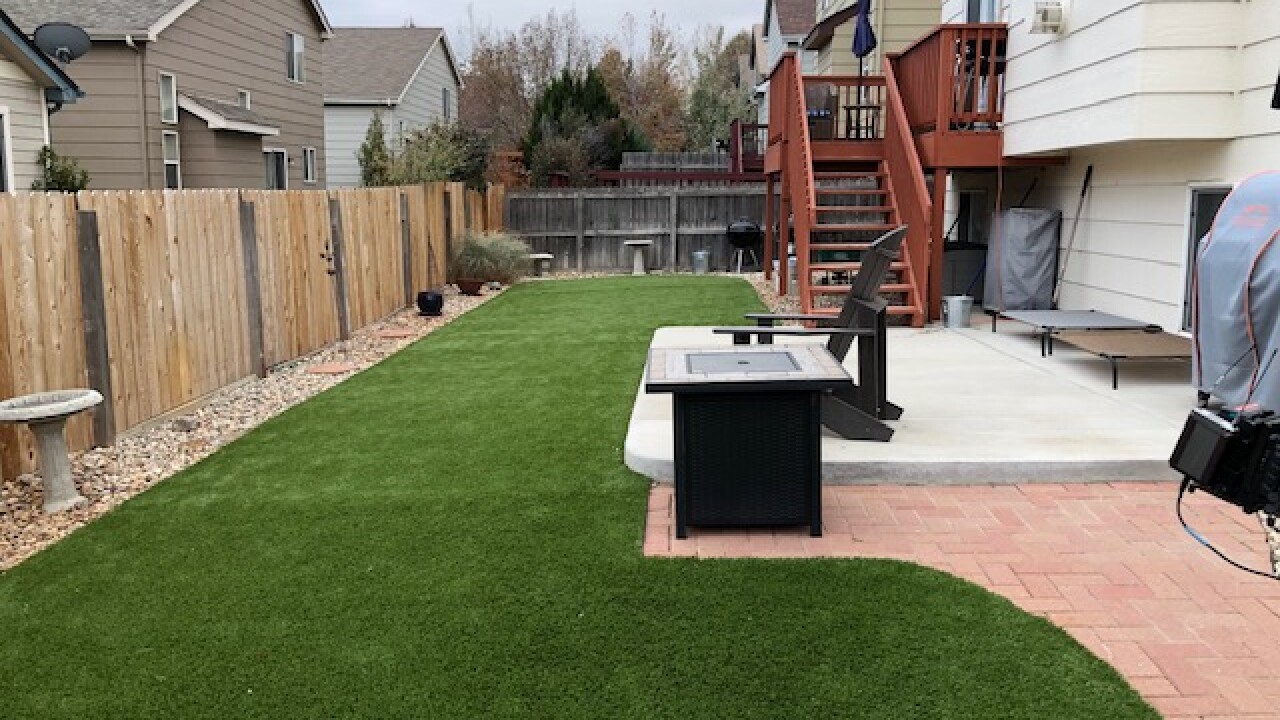 PARKER, Colo. -- Brian Brandfas says he learned the hard way that raising dogs can be hard on lawns.

When the Parker homeowner began fostering dogs, the grass in his back yard began to disappear, so he hired a contractor to replace it with artificial turf.

"They were recommended to me by a friend," he said.

Now, Brandfas wishes he would have done more digging into the company's background.

Contractor a No Show

Brandfas told Denver7 he contacted 19th Greens on April 25, and that the owner, Jared Sposito, came out immediately to do an estimate.

"It was significantly less that some other estimates I had researched," the homeowner said, "which should have been a clue."

Brandfas signed a contract the next day and put down a 50 percent deposit, which amounted to $2,415.

"He told me he was going to get the job going in the next two weeks and never showed up," Brandfas said.

The homeowner then spent nearly two months "going back and forth" with Sposito about promises "that were never fulfilled."

He said the business owner didn't respond to many of his text messages.

On June 21, Brandfas asked for a refund, adding that "per their agreement, a refund had to be provided within 30 business days."

When the refund wasn't forthcoming, he took Sposito to Small Claims Court, and won, because Sposito didn't show up.

But he has yet to receive any money.

"I think that it's disgusting," Brandfas said. "He's running around and he's taking money from people. I basically gave him an interest free loan."

The homeowner reached out to Contact 7 to warn others about 19th Greens.

Contact 7 did some digging and found that 19th Greens and Sposito have been sued several times for Breach of Contract and Theft.

Sposito has even been arrested for Felony Theft from an At-Risk Adult.

Brandfas, who did his own digging, wasn't happy about what he found.

The Parker resident said he had to hire another contractor to do the job he paid Sposito to do.

"I wound up going with Mile Hi Synthetic Turf. They were an absolute pleasure to work with," he said.

He's happy the work is done, but not happy that he had to pay for it twice.

Contact 7 went to Spositos' business address, which is his house in Centennial.

He and his family were going out for the evening.

When asked why he didn't show up in court, the business owner said, "We have papers that say I just got instructed to refund and that's what we're doing."

He said he won't be able to write a check, until he gets paid from his commercial clients, "so the end of this week, next week."

Sposito blamed the wet spring weather for delays getting to Brandfas's project.

Brandfas said Sposito gave him a number of excuses.

"He also came up with some story about part of his crew stealing from him, and he had to fire half of his crew, and now he was down manpower and couldn't get jobs done," Brandfas said. "Meanwhile on social media, he's posting jobs that he's completed."

Brandfas said he can't help but wonder what Sposito did with his downpayment.

When asked if he used it for other customer's projects, Sposito said, "No. We bought all of his turf. He said he didn't want to do the project and we will refund him the money."