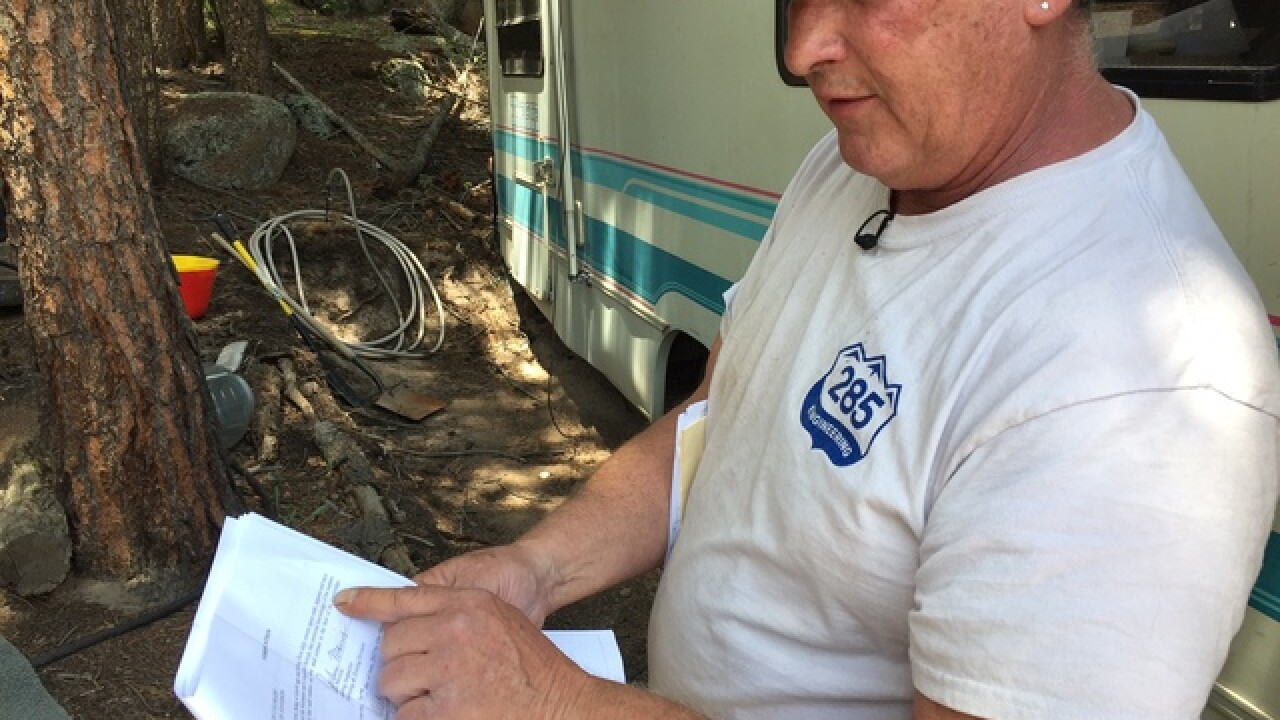 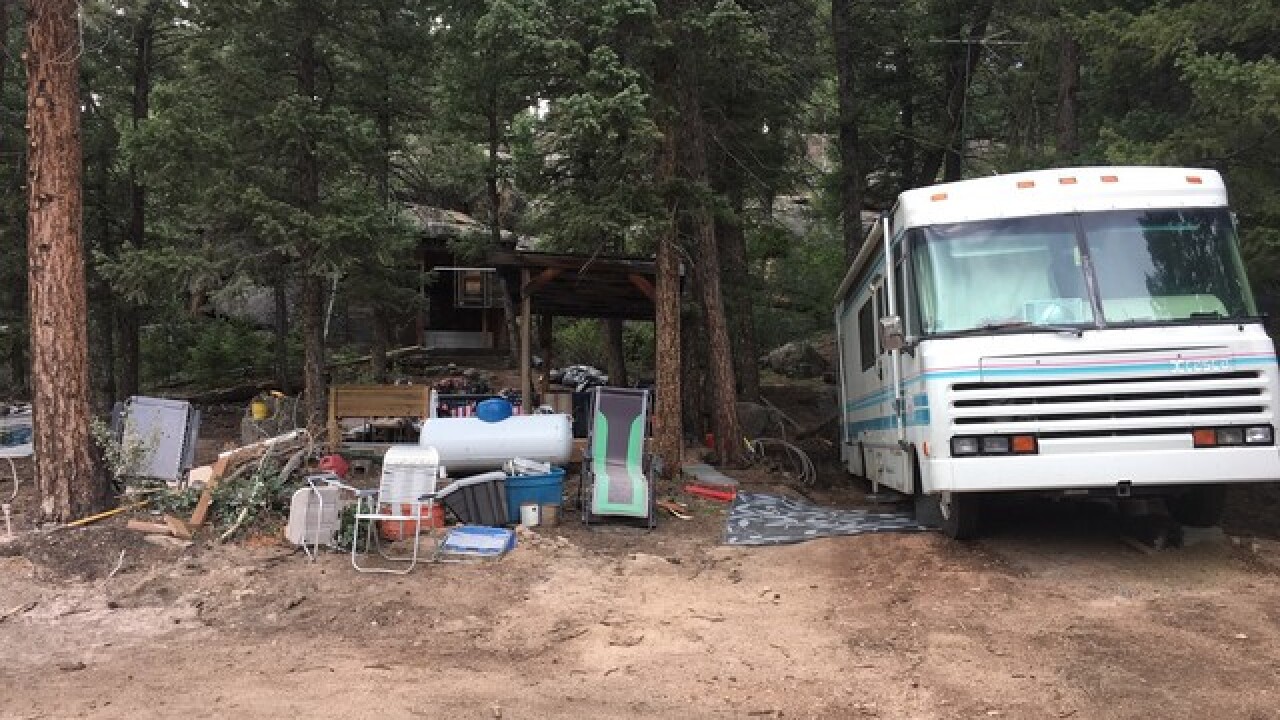 CONIFER, COLO. -- Clem Smith says he was homeless for six years, but he doesn't consider himself homeless anymore, because he lives in a motor home with its own address.

The RV is parked on property, in Conifer, that he purchased in March with an inheritance from his mother's estate.

Of the $214,000 inheritance, he spent $125,000 for the property and put the rest into improvements for a power connection, water well, septic drawings, septic engineering and road engineering.

He also bought an old front end loader, a dump truck, used car, shipping container and a chicken coop with four hens. All are parked on his property.

He said he's planning to build a house and spend the rest of his life there. It's his ultimate dream.

But that dream is falling apart.

After a neighbor complained about the RV, shipping container and trash, Smith was cited for code violations.

The complaint alleges that he's allowing the outdoor storage of those items on vacant land and that he was going to allow people to live in the shipping container.

"I believe the person that complained came in (the shipping container) and saw a dresser and thought people were going to try to live here," he said.

Smith said, in reality, the dresser is his "workbench" and he uses it to store tools and paperwork.

Jeanie Rossillon, Jefferson County's director of development and transportation, said that under existing code, the RV is considered an accessory and cannot be parked on the property without a house.  Ditto for the shipping container.

Smith says he will build one, but needs more time. In the meantime, he wants to live in his RV and leave it parked on his property.

"I own this property," he told Denver7, with emotion welling up in his voice. "I paid for it in cash. It's all mine.  I should be able to live on it for a certain amount of time, while I'm surveying, engineering or planning."

According to the complaint, Smith will face a fine of $500 to $1,000 if he doesn't move the RV and shipping container.

Rossillon says Smith has been given extra time to come into compliance with the codes.

She said the basic codes exist for a reason -- health, safety and welfare.

"It's also about expectations," she said, "and balancing everyone's property rights."

Smith says he has very little money left to move everything.

He worries that he'll end up being homeless again and that he'll have to park his RV at Walmart.

"I don't think it's fair," he added, "I've been on the homeless circuit for several years and everybody at the campgrounds and at Walmart, is hoping to get a piece of property and build their own home."

Denver7 checked and found that there have been similar issues in other counties.

Codes are similar with some minor variations.

In Douglas County, a "temporary residence" (temporary structure) is allowed in certain districts.  The temporary permit is valid for only 6 months and may be renewed for a maximum of three times.

Before a temporary permit is issued, a building permit shall be obtained for a permanent residence, and a $2,000 bond shall be posted with the Building Division.

In Boulder County, you can only "camp" for 14 days out of the year.

Sr. Planner Denise Grimm, with Boulder's Land Use Department, told Denver7 that residents can get permission for a temporary dwelling unit if they are actively getting permits to build a house.

She said Boulder County has dealt with similar issues for decades.

She said back in the 70s, hippies lived in school buses up in the mountains.

"Sanitation can be an issue," she said.  "There are wildfire concerns, clutter and neighborhood expectations."

She said if the codes weren't in place, there would be many more people living up in the hills in school buses.

In the City & County of Denver, homeowner may park a motor home on an improved surface, like a driveway, on the rear of their property, if it is under 22 feet long.

But they cannot live in it.

Smith is beyond frustrated.