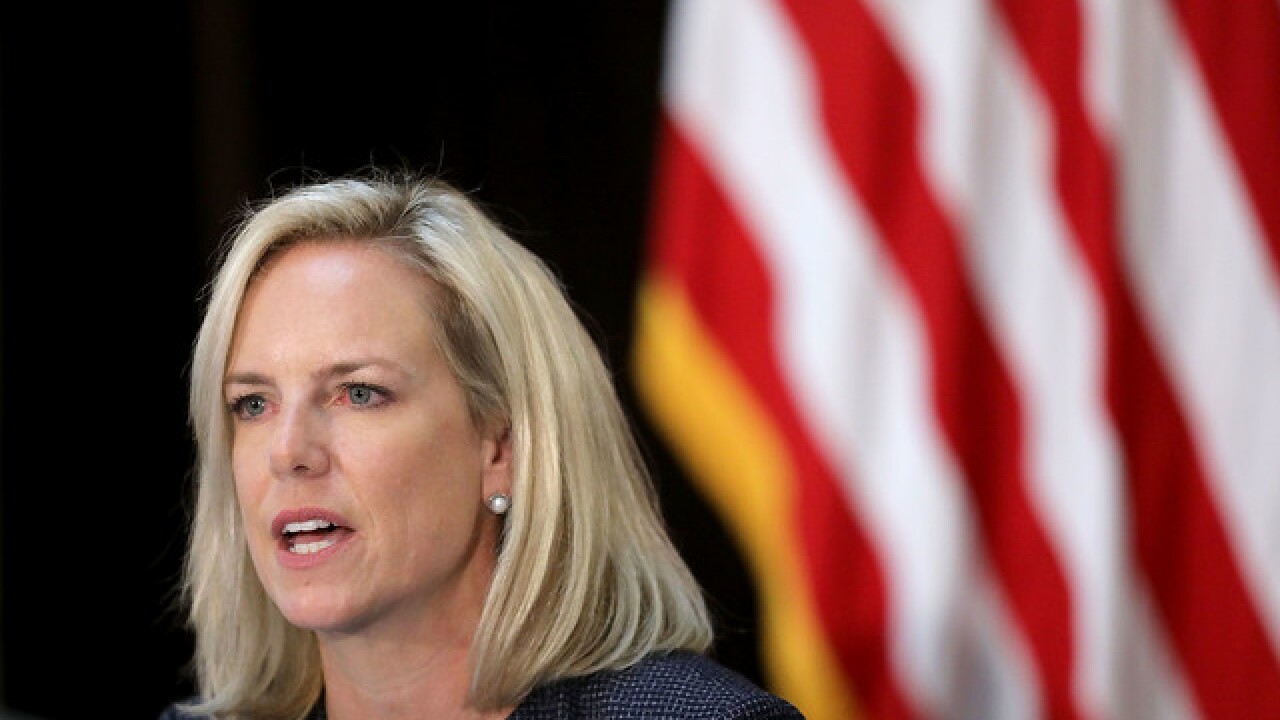 DENVER (AP) — Colorado, whose election systems are ranked among the nation's safest, held a cyber-security and disaster exercise Thursday for dozens of state, county and federal elections officials to reinforce the state's preparedness for, and public confidence in, November's midterm elections.

On Wednesday, Nielsen acknowledged for the first time that Russia was trying to get President Donald Trump elected in its attempts to influence the 2016 presidential vote. On Thursday, she reiterated her concerns about potential Russian state-led hacking or interference, particularly of voter databases this year, but said no attempts have been detected so far that match the scale of the 2016 effort.

"Any attempt to interfere in our elections is a direct attack on our democracy and is unacceptable," Nielsen told participants at a Denver hotel. Turning to Colorado's record, she declared: "We'd love to continue to use you as an example of what other states can adopt."

Among them, she said, her department wants all 50 states to conduct post-election risk-limiting audits, which strictly ensure the accuracy of vote counts, by 2020. It's standard practice in Colorado.

"So we can tell you that nobody in Russia, nobody in China, nobody anywhere else in the world can change a ballot in Colorado," Williams said.

Colorado was the only one among 21 targeted states to report to Homeland Security — not the other way around — that Russian interests attempted to hack into its systems in 2016, said state elections director Judd Choate.

It's invested in new vote tabulating machines and creates a separate paper trail of each ballot cast. Since 2013, it's required two-factor authentication for elections systems operators to access equipment. The secretary of state's office has more internet technology staff than purely elections-related staff, and it has plans, which Choate wouldn't disclose for security reasons, to guarantee security and privacy in the remote case the state's voter registration database is hacked.

This year, the state also will monitor Facebook, Twitter and Instagram starting well ahead of the election to detect and respond to false rumors about voting procedures, outages, and other voting problems. It also will collect intelligence on efforts to sway voters on social media, Choate said. He noted that Colorado's collaboration with Homeland Security is strong.

Choate warned the dozens of clerks, database experts and others that Thursday's exercise would be tough, involving, among a cascade of other problems, attempts to hack voter rolls, detect possible malware planted in voting systems weeks beforehand, phishing and responding to social media posts claiming systems were hacked or voters turned away. The exercise concerned both the weeks leading up to the election and election day itself.

"Like the worst possible election day and election that you've ever seen in your life. So there's every single disaster that you probably thought couldn't happen, and then about 15 that you wouldn't even thought through," Choate said.

"All of this is needed," Huntsberger said during a brief break. "And we're proving that communication, secure communication, is key to making it work."