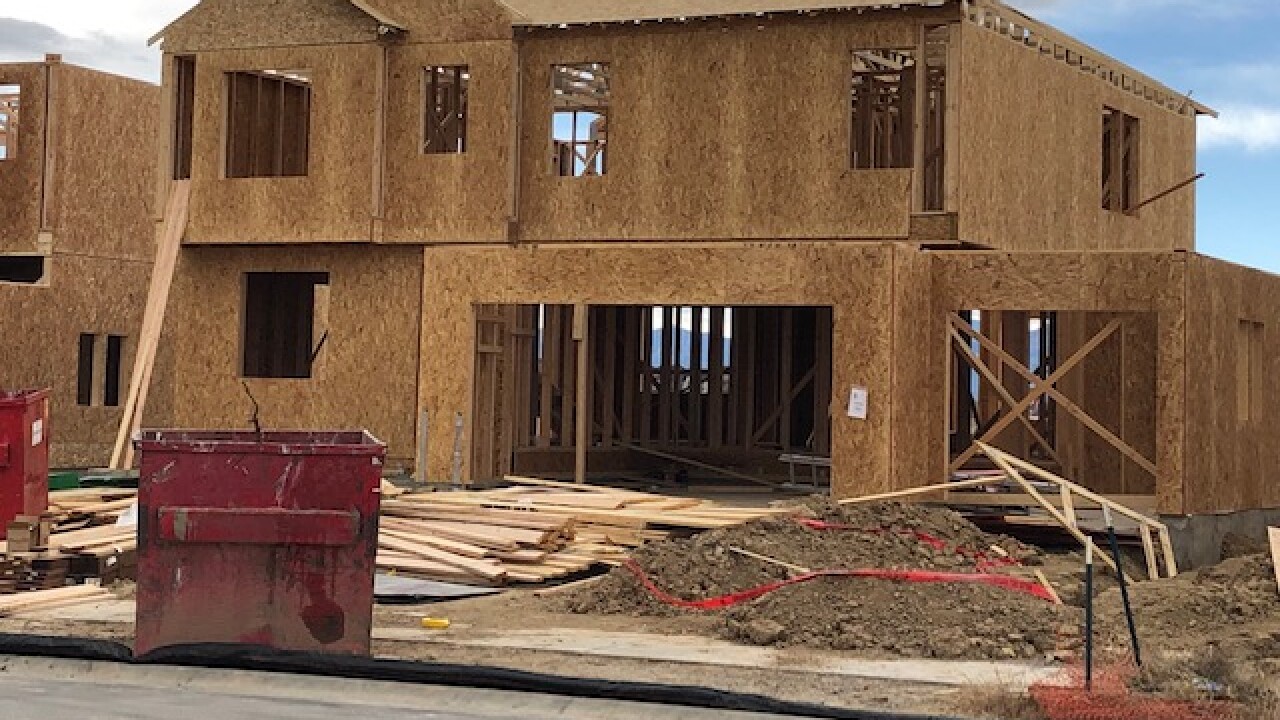 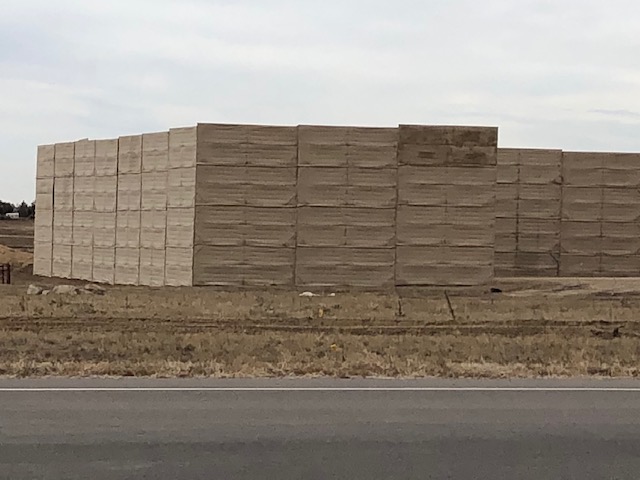 ERIE, Colo. -- A Longmont couple, who put nearly $13,000 in earnest money down on a new house, only to learn afterwards that a fracking site was being set up across the street from their subdivision, says the home builder had a moral obligation to tell them before they signed on the dotted line.

"This was our dream home," Brent Heesemann said. "We were looking for a home we could grow into. We have an 11-month-old daughter, a couple dogs."

The young father told Contact7 that they chose a site on Flora View Drive near Weld County Road 10 because the lot faced the Flatirons.

"If we could go into the kitchen and see what the views would have been like from the back porch, you can see why we chose it," he said.

The couple was ready to shell out big bucks for their new home.

Now, the couple's dream is turning into a nightmare.

After returning from vacation in September, they drove out to the build site to see how things were progressing. That's when they noticed a large fracking sound barrier had been set up across CR 10, about 1,000 feet from their home, which was under construction.

That raised a red flag.

Heesemann said he doesn't want his young daughter to be exposed to any chemicals or fumes coming from the future drill site.

"We were within a radius that some studies and research suggest is too close for vulnerable populations," he said.

Heesemann said he contacted the sales agent and was told they didn't know anything about the planned drilling.

"I felt betrayed and lied to," he said. "It seemed implausible to me that they didn't have knowledge of it and like I said, I've come to find out that they likely did."

Heesemann said he did some research on his own and learned that the site was assessed for drilling back in February.

The local government siting permit was filed on March 3, before the Heesemanns signed their contract.

Heesemann also learned the drilling site was originally supposed to be set up farther away.

He said when the town of Erie imposed a moratorium on drilling, the oil company decided to set up the drilling operation just outside the town limits, in unincorporated Weld County.

That site is much closer to the Heesemann's subdivision.

"It certainly leaves a bad taste in my mouth — as it would for a lot of people," he said. "Were there any laws broken? Probably not, but it's shady business practice."

Contact7 reached out to the home builder to ask if they had an "obligation" to notify Heesemann about the drilling, and whether the family can get it's earnest money back.

The company did not reply.

In an addendum to the purchase agreement, dated March 24, Richmond American Homes said, "the buyer is encouraged to seek additional information regarding oil and gas activity on or adjacent to this property, including drilling permit applications."

Heesemann shared some of the correspondence he's had with Richmond American.

He told a company representative that his desire to back out of the contract is based solely on the well-documented health concerns associated with oil and gas development in close proximity to residential properties.

He also told her that Richmond knew of this well site prior to the family's signing of the contract.

He said it was similar to an issue in Longmont, where customers purchased homes without Richmond or Meritage notifying buyers that a gravel pit was going in next door.

The company rep replied that this was different than what was happening in Longmont and that Richmond American wouldn't be making any adjustments "because all the guidelines the company would have had to follow have been followed."

Mr. Heesemann said he reached out to Contact7 so other home buyers will do their research and know who they're signing a contract with.

"Check their online reviews," he said. "Their business model is to slap up these homes as quickly as they can, and tell home buyers as little as possible, in order to get them to sign on the dotted line and make a sale."