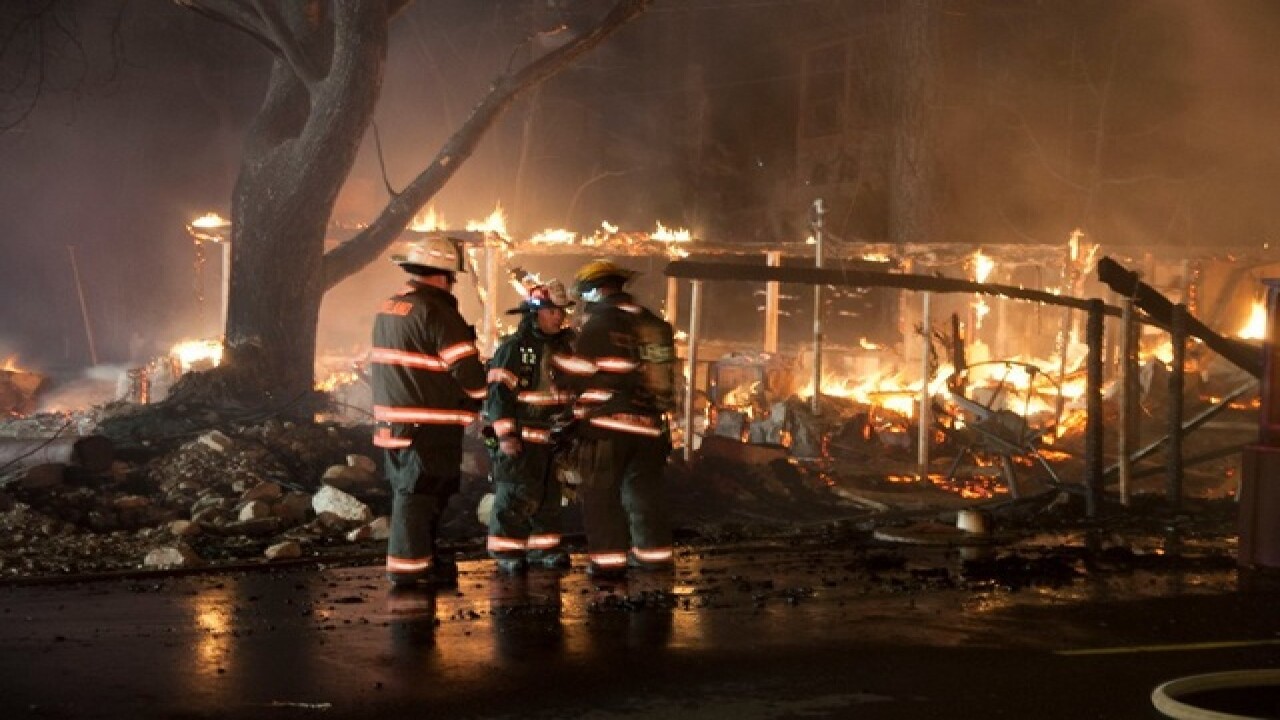 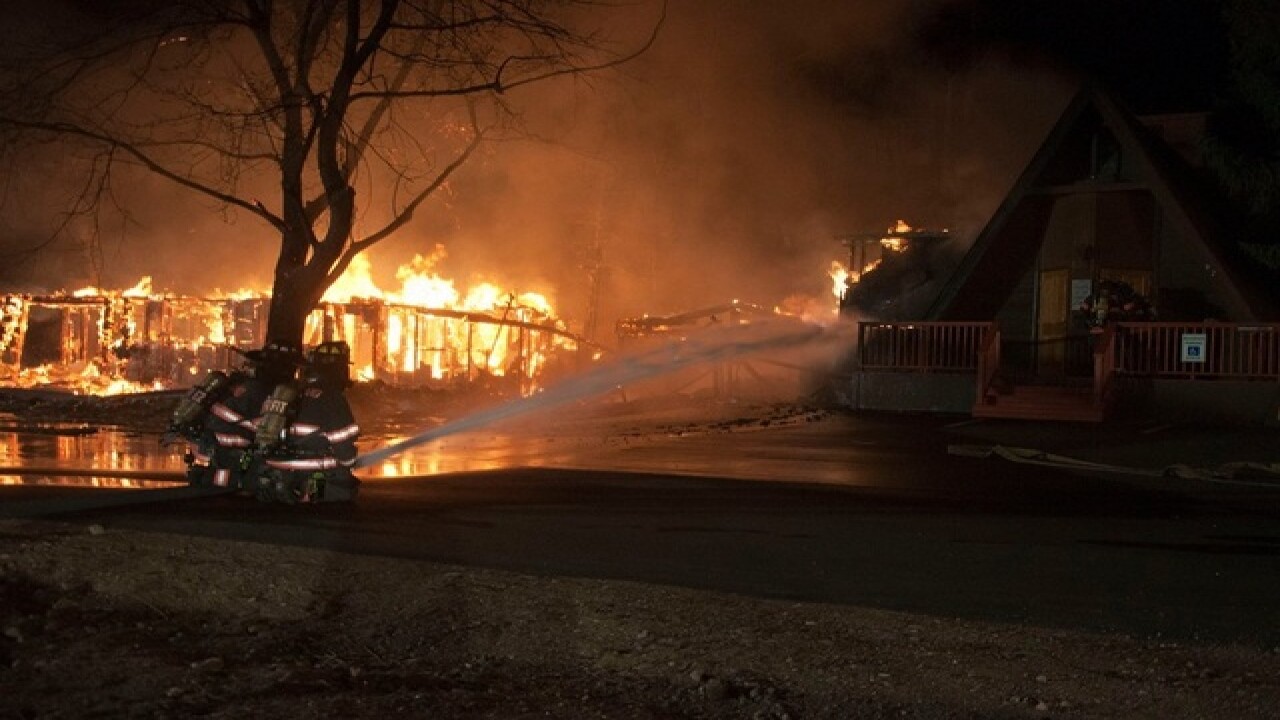 Investigators are looking into a fire that destroyed a home and detached a garage in the community of Drake.

Firefighters were called to the home on River Fork and Sly Fox Roads around 7:25 p.m. Saturday.

The home and garage were fully involved in flames.

The fire was spreading to nearby trees and threatening a propane tank which supplied the home and a nearby church, said Battalion Chief Michael Cerovski with Loveland Fire Rescue Authority.

Because of the location, crews had to use water tenders to haul water in to battle the flames.

U.S. 34 was closed between Dam Store and Mall Road for about an hour as crews worked to bring the fire under control.

Firefighters were able to keep the fire from destroying the church, which suffered some damages. The extent of damage was unclear, said Cerovski.

While no firefighters or civilians were injured in the fire, some of the firefighters stayed at scene through the night to keep it secure for the investigation.

The Larimer County Sheriff's Office and Loveland Fire Rescue Authority were working together on the cause of the fire.

"We hope to complete the investigating in the next couple of days," Cerovski told Denver7.

It was unclear if anyone was living in the home at the time.

In 2013, flooding swept through Big Thompson Canyon destroying 23 miles of highway and homes in Estes Park, Lyons and Drake.

Those communities are still rebuilding from the floods.