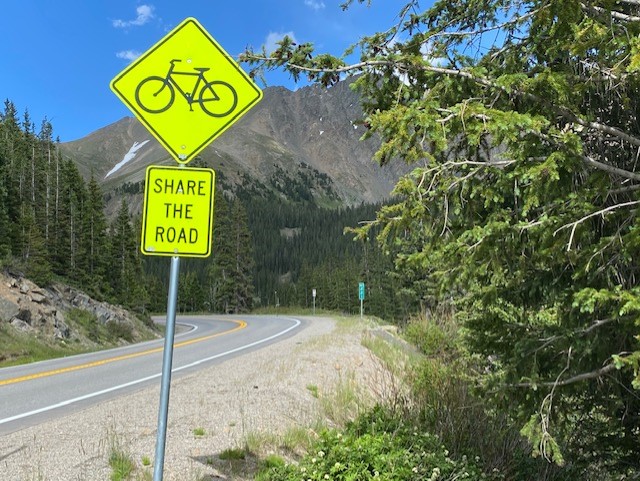 The sign, just a few feet away from mile marker 221 on Loveland Pass, says "Share the Road." A hit &amp; run driver didn't. 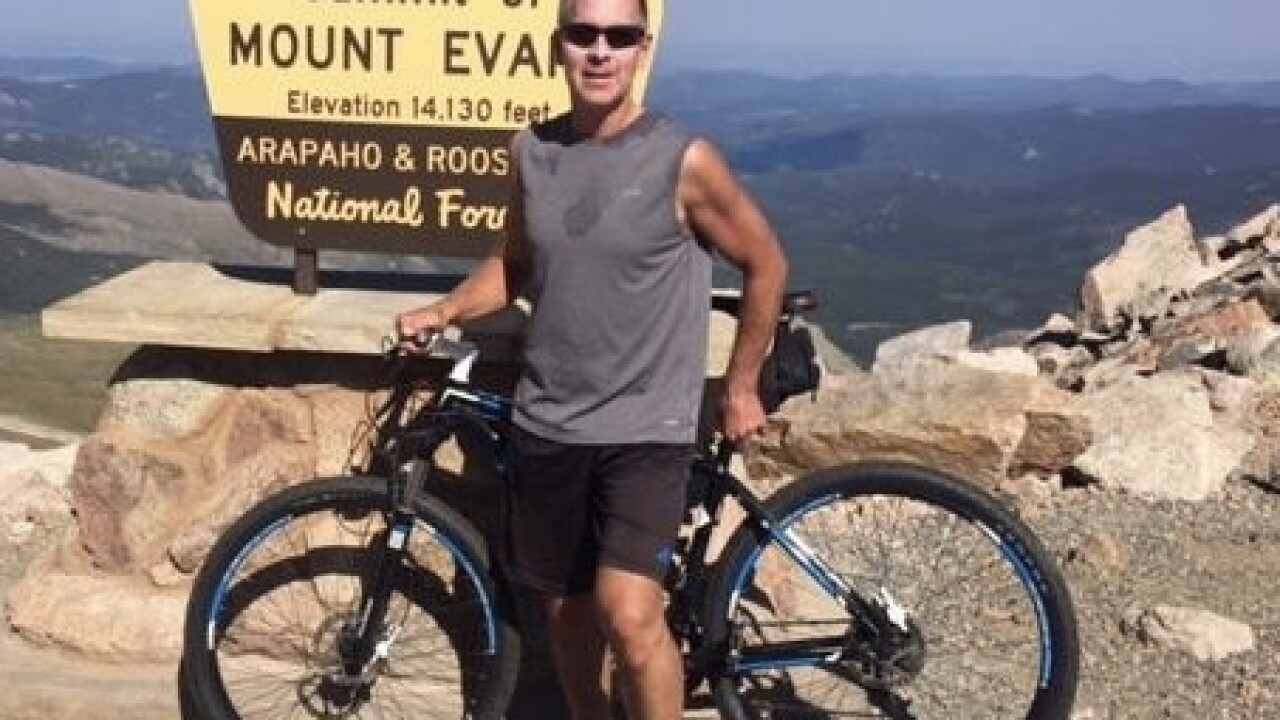 DENVER — Just a few feet away from mile marker 221 on Loveland Pass, where a neon sign reads "Share the Road," a driver struck a bicyclist who was riding toward Arapahoe Basin, and left him with serious injuries on the road.

Christopher Jacobs, 52, is currently in a hospital with serious injuries.

His niece, K.C. Jacobs, said her uncle didn't even hear the car coming.

"Before he knew it, he was knocked out," she said.

K.C. said her uncle was supposed to be in Hawaii, but that trip got canceled, so he drove from Fruita to Frisco, and started biking up Loveland Pass.

"He often rides to the top of summits on his bike," she said.

It was likely a beautiful ride until about 9:30 a.m.

Whoever struck Christopher left him lying alongside the highway, near mile marker 221.

She said another driver found her uncle and called 911.

A CSP spokesman said troopers arrived on scene and found the bicyclist unconscious with significant injuries.

Christopher was transported by ambulance to Summit County Medical Center, and then transferred to St. Anthony's in Lakewood.

K.C. said he suffered compressed disks, a twisted or broken angle and a serious case of road rash.

She said she's grateful another driver had it in their heart to stop and help.

"If there is anyway I could reach out to that person who called 911 and saved his life ... thank you from the bottom of my family's heart," she said.

K.C. said her uncle is incurring some major expenses because of the hit-and-run driver.

She's set up a GoFundMe account to help defray some of his expenses.

Investigators say they believe the vehicle involved is a 2011 to 2015 Ford Explorer, based on evidence found at the scene. They're not sure of the color.

Anyone with information about the driver or vehicle involved is asked to contact the Colorado State Patrol Dispatch at 970-824-6501.