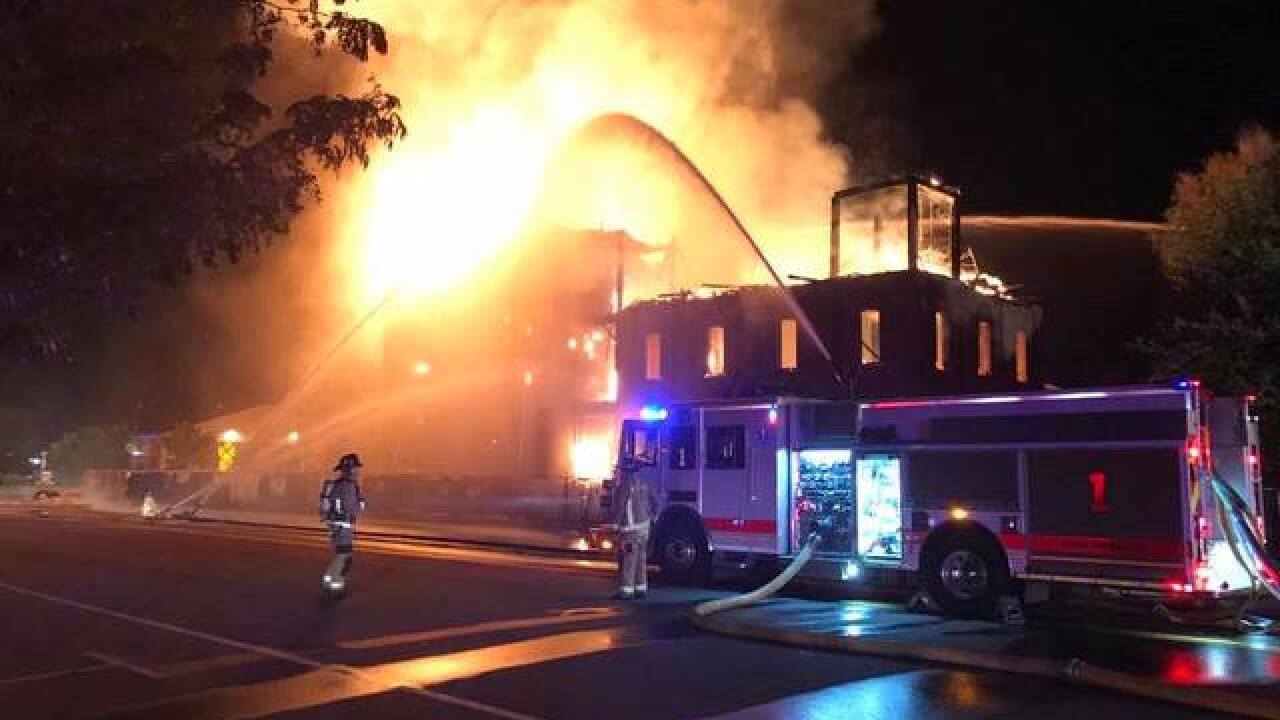 WINDSOR, Colo. -- A very large fire engulfed the historic Windsor Mill early Sunday morning. The extent of the damage or cause of the blaze is still unknown.

The Windsor Severance Fire Rescue received a call about flames shortly before 2 a.m. The Mill was fully engulfed when crews arrived to the scene of the fire at 214 Main Street.

Firefighters were expected to be on site for most of the day. Main Street in Windsor was closed for about 12 hours, but 3rd Street from Main Street to Walnut Street will be closed until further notice.

State and federal fire investigators have not determined the cause or origin of the fire.

The Mill was constructed in 1899 and named to the National Registry of Historic Places in 1998. It was undergoing renovations after a devastating tornado in 2008, according to the Colorado Preservation, Inc. website.

The flour mill has been declared a total loss.