Highway 285 reopens after closing for head-on crash near Pine 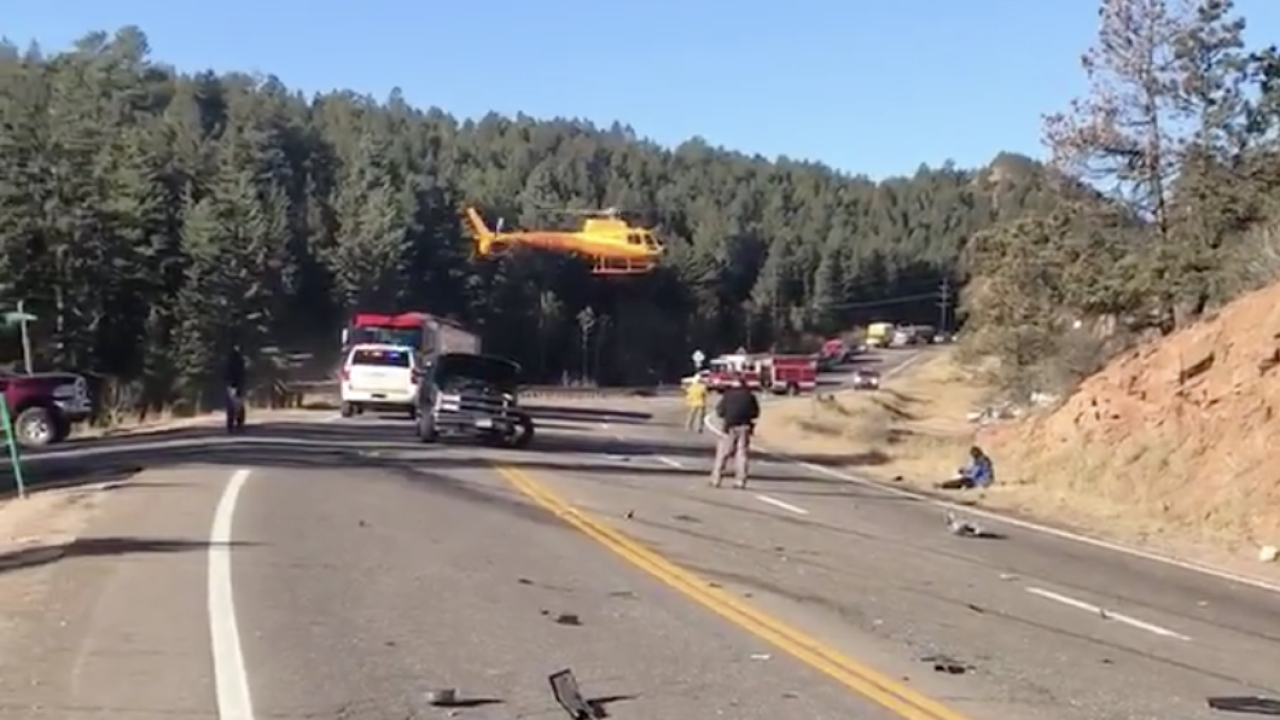 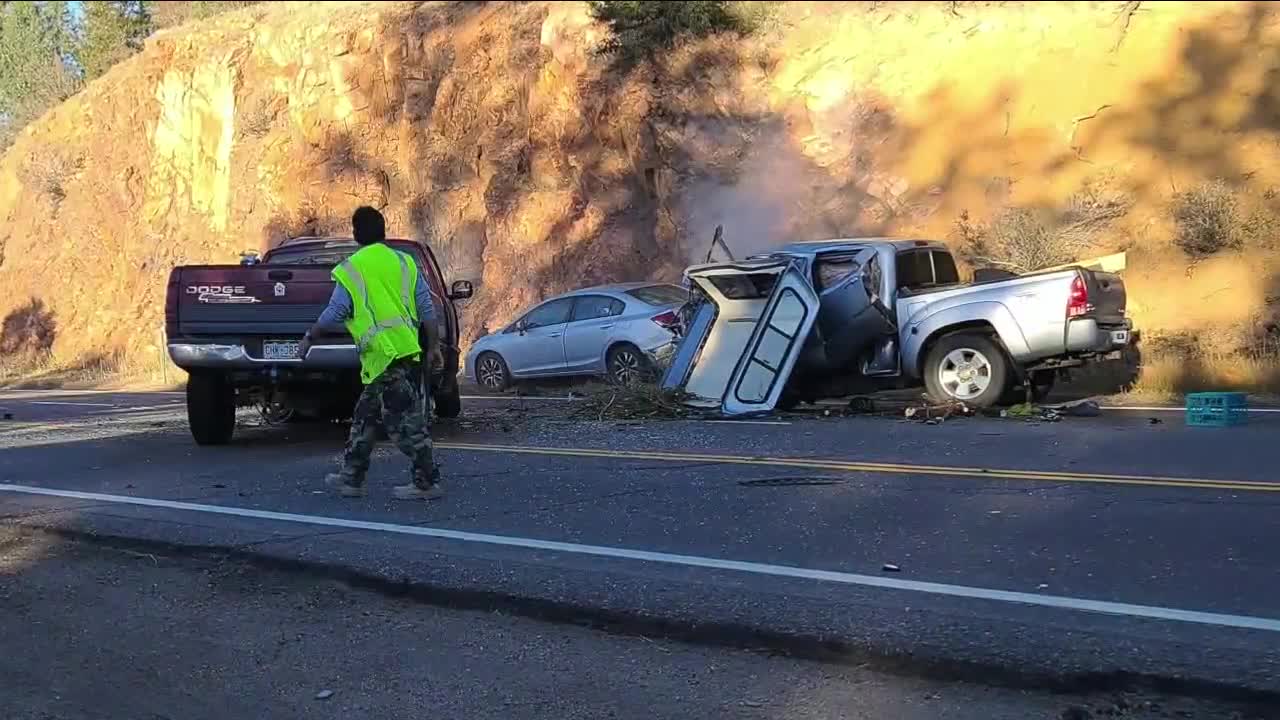 JEFFERSON COUNTY, Colo. — A stretch of Highway 285 closed in both directions Monday morning as authorities and emergency personnel continued to work at the scene of a head-on crash.

The highway reopened shortly before noon.

The crash occurred where Jubilee Trail intersects Highway 285 around 8:17 a.m. Monday, according to Colorado State Patrol Trooper Josh Lewis. Two cars crashed head-on and there were reports of at least one of the cars catching fire, according to the Jefferson County Sheriff's Office.

In an update, the Platte Canyon Fire Protection District said the crash involved three vehicles, causing heavy damage to all three. Extrication was required to remove the people inside. Three patients were transported to hospitals with serious injuries.

Joe Ortega, Justin Arellano and Isaac Maldonado were on Highway 285 when the three men saw the aftermath of the crash, they ran in to help.

"If it was my car on the road, hopefully people will jump out and help me,” Arellano said.

The men helped put out a fire that started on the hood of one of the trucks as the driver was stuck inside.

“I just jumped out of the truck, we had to do something. There were lives on the line,” Ortega told Denver7.

The highway closed for a medical helicopter to land and for emergency vehicles. Traffic was being diverted at Parker Avenue.