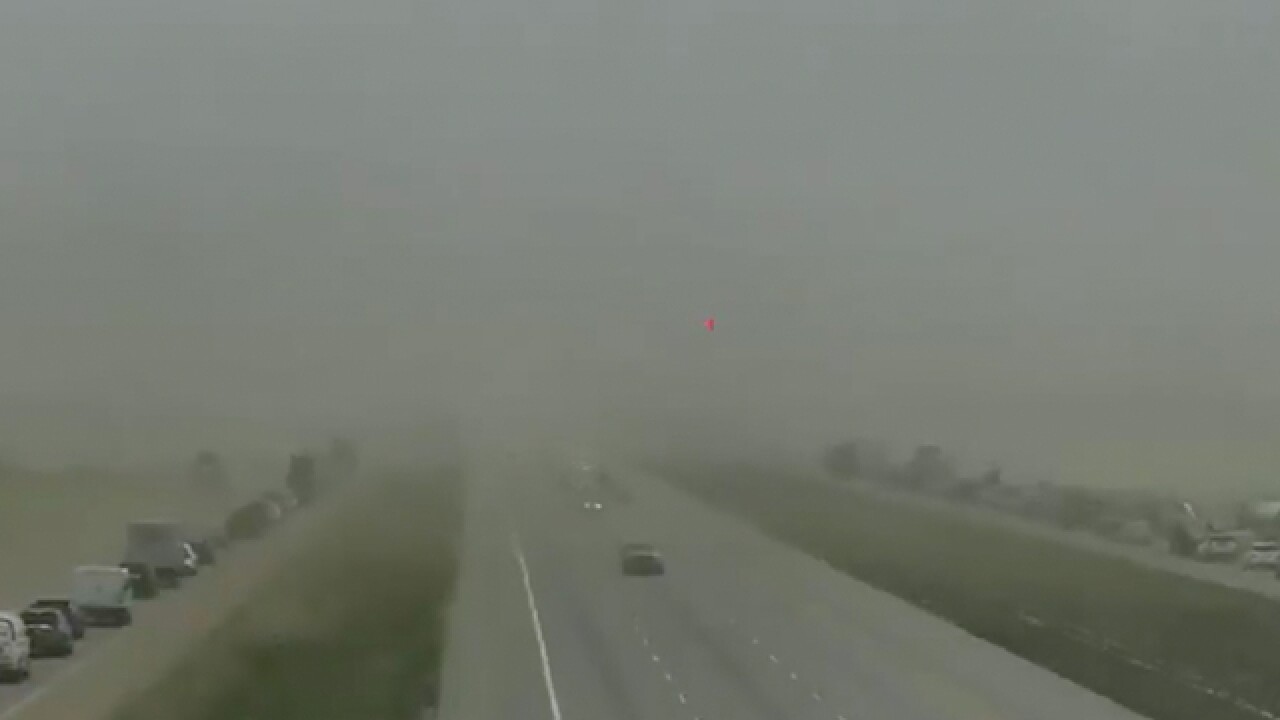 CDOT
<p>Southbound I-25 was shut down at the intersection with Highway 119 near Longmont shortly before 2:30 p.m. after a semi-truck was blown over and due to low visibility in the area.</p> 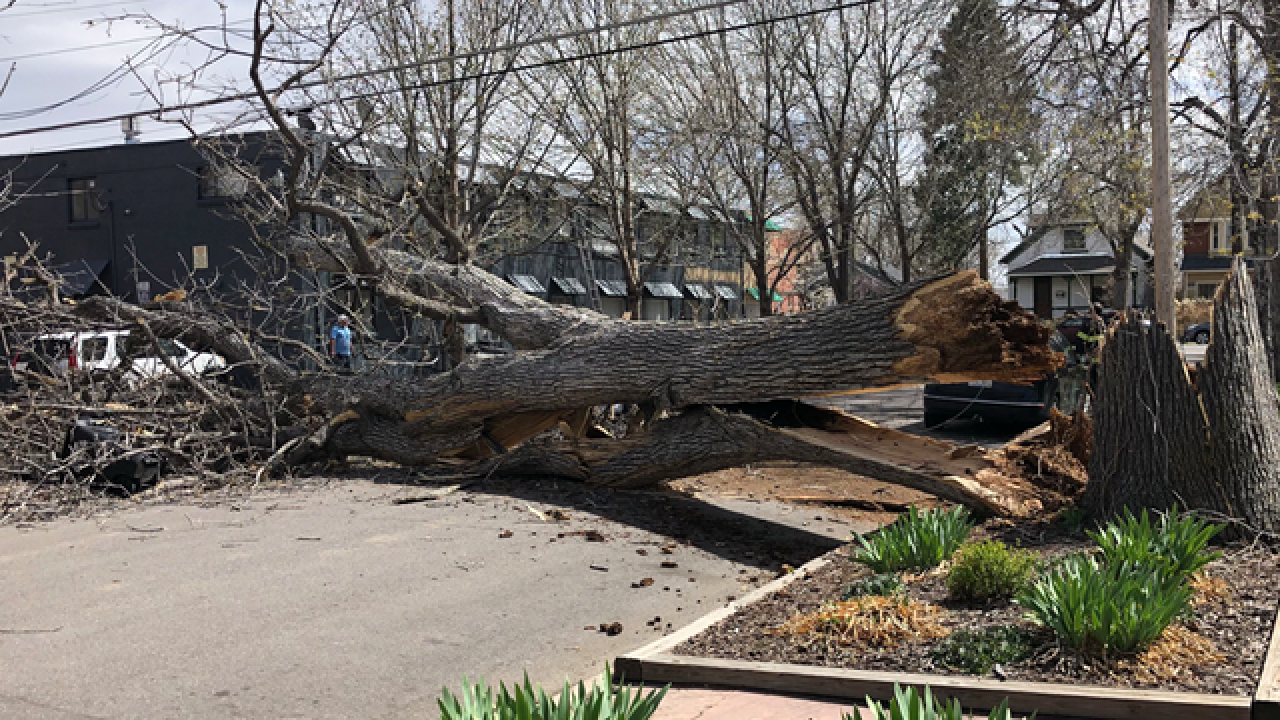 DENVER – Wind gusts of up to 80 miles per hour is wreaking havoc across Colorado Tuesday.

The latest updates below:

10:23 p.m.: Xcel Energy says it originally underestimated the number of customers who experienced power outages due to Tuesday's wind. Late Tuesday, an Xcel official said slightly more than 100,000 customers were without power at some point Tuesday. As of about 10 p.m., about 31,000 people had seen power restored.

10:15 p.m.: Though the district said earlier that Big Picture College and Career Academy and the Global Campus are closed due to power outages Wednesday, Mapleton Schools is still asking staffers at the two schools to report to work at the Skyview Student Center.

9:40 p.m.: Evacuations for a large fire burning in El Paso and Pueblo counties will remain in place overnight, and local authorities have asked the state to take over command of the fire.

The 117 Fire, as it has been called, has burned at least 10 structures in El Paso County and moved into Pueblo County Tuesday night, putting the Pueblo Chemical Depot on pre-evacuation notice.

8:20 p.m.: The 117 Fire, which is burning in El Paso and Pueblo counties and has forced the evacuations of hundreds of families while claiming several homes, continues to spread. The Pueblo Chemical Depot is now under pre-evacuation orders. More on the wildfires here.

To see all the wildfires currently burning statewide, click here.

7:00 p.m.: The safety closure that had been in place on U.S. Highway 85 from Nunn to Wyoming has been lifted, and I-76 has reopened from mile marker 73 to Wiggins, according to CDOT.

6:44 p.m.: Regis University has canceled all evening classes due to falling trees and downed power lines. Two Mapleton Public Schools, the Global Campus and Big Picture College and Career Academy, will be closed on Wednesday due to power outages.

6:40 p.m.: Xcel Energy says that 93,000 customers experienced some sort of power outage Tuesday. About 33,000 of those people have already had their service restored, and there are 35 crews out working on repairs.

4:09 p.m.: Strong winds have caused flight delays at Denver International Airport. Airport officials said there had been about 23 flights diverted.

4:06 p.m.: West Metro Fire crews are responding to several reports of down trees and power lines, sparking a small fire in the 3800 block of Brentwood in Wheat Ridge.

3:59 p.m.: Denver police are advising residents to avoid certain areas in the Capitol Hill neighborhood because of wind-related damage.

3:58 p.m.: NB Wadsworth closed at Mississippi because of a damaged power line. Crews are working to make repairs.

The near-hurricane force winds have toppled trees and power lines, damaging homes and cutting power to at least 41,000 people.

Southbound I-25 was shut down at the intersection with Highway 119 near Longmont shortly before 2:30 p.m. after a semi-truck was blown over and due to low visibility in the area.

There is a high wind restriction in place for I-25 northbound for all high-profile and light vehicles. Those drivers are being rerouted at the mile marker 281 exit.

I-76 was also shut down in both directions at Wiggins just after 2:30 p.m. because of high winds and poor visibility.

U.S. Highway 85 was also shut down around 2:30 p.m. between Nunn and Wyoming because of the high winds and poor visibility.

High wind gusts have also downed trees, damaging homes and cars. Part of the metal roof of a downtown Denver building blew off, landing on a parked truck at 14th and Champa.

The wind caused the front entrance glass doors at the Lafayette Public Library to shatter. Staff closed the facility for the remainder of the day while they make repairs.

There were also several power outages reported across the Front Range due to the high winds knocking out power lines. Xcel Energy is reporting more than 41,000 power outages.

For the latest weather conditions and forecast in your area, click here.

And for statewide road conditions and closures, head over to the CDOT website.