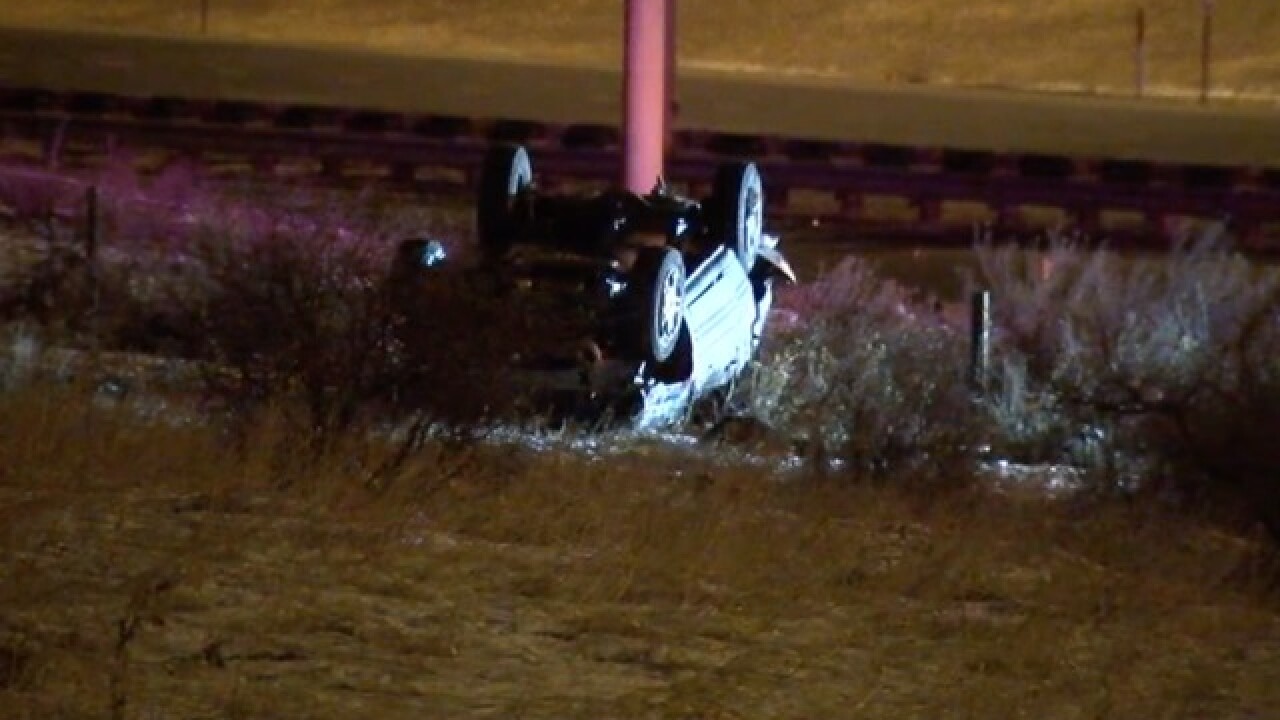 DENVER -- Two people are in custody after a high-speed chase ended in a crash in Douglas County early Tuesday.

Sheriff's deputies said the pursuit began a little after 2 a.m. when they noticed a stolen vehicle in the area of County Line Road and South Holly Street. The suspect was able to get away by ramming the vehicle into a nearby Conoco gas station and patrol vehicles, deputies said.

The suspect drove away on C-470, reaching speeds up to 100 miles per hour while deputies gave chase.

The chase ended near C-470 and Highway 285 when the suspect lost control of the vehicle and rolled the car.

Deputies said two suspects, who have not been identified, were taken into custody.

No deputies were injured in the incident.