What to expect from Colorado's weather Thursday into Monday 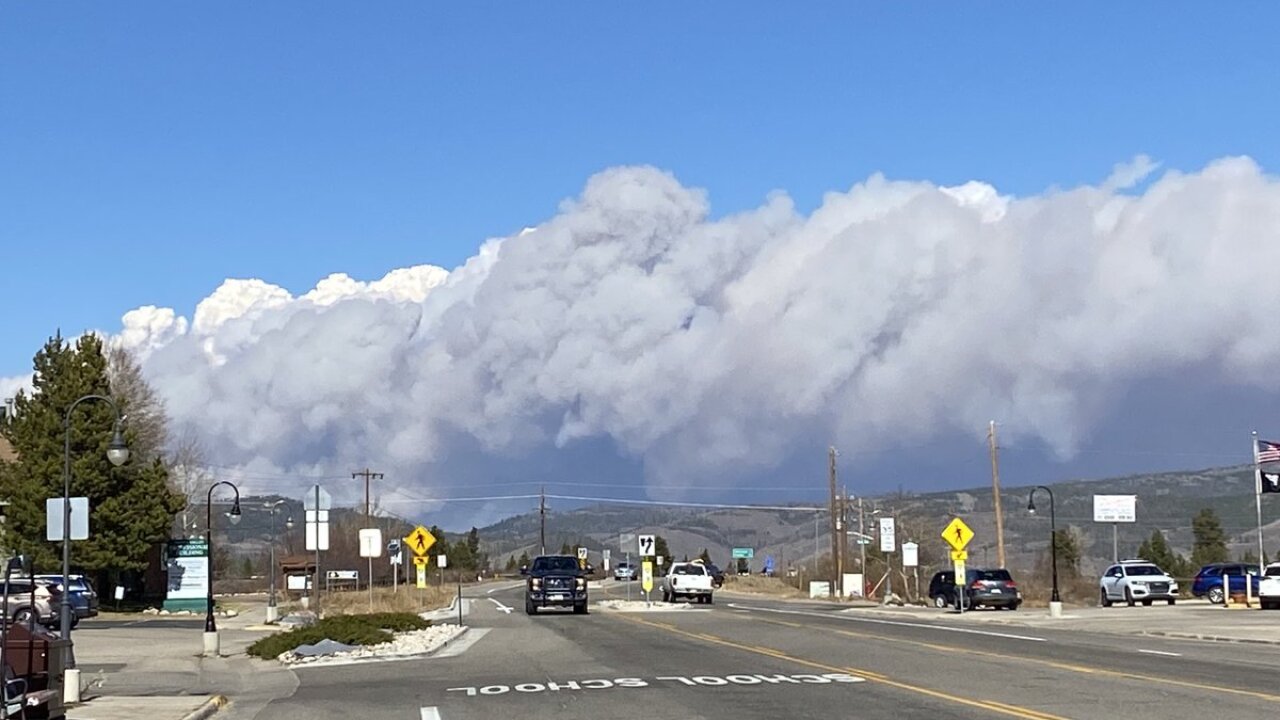 Copyright 2020 Scripps Media, Inc. All rights reserved. This material may not be published, broadcast, rewritten, or redistributed.
Eric Lupher/Denver7
Smoke from the East Troublesome Fire is seen on the morning of Thursday, Oct. 22, 2020. 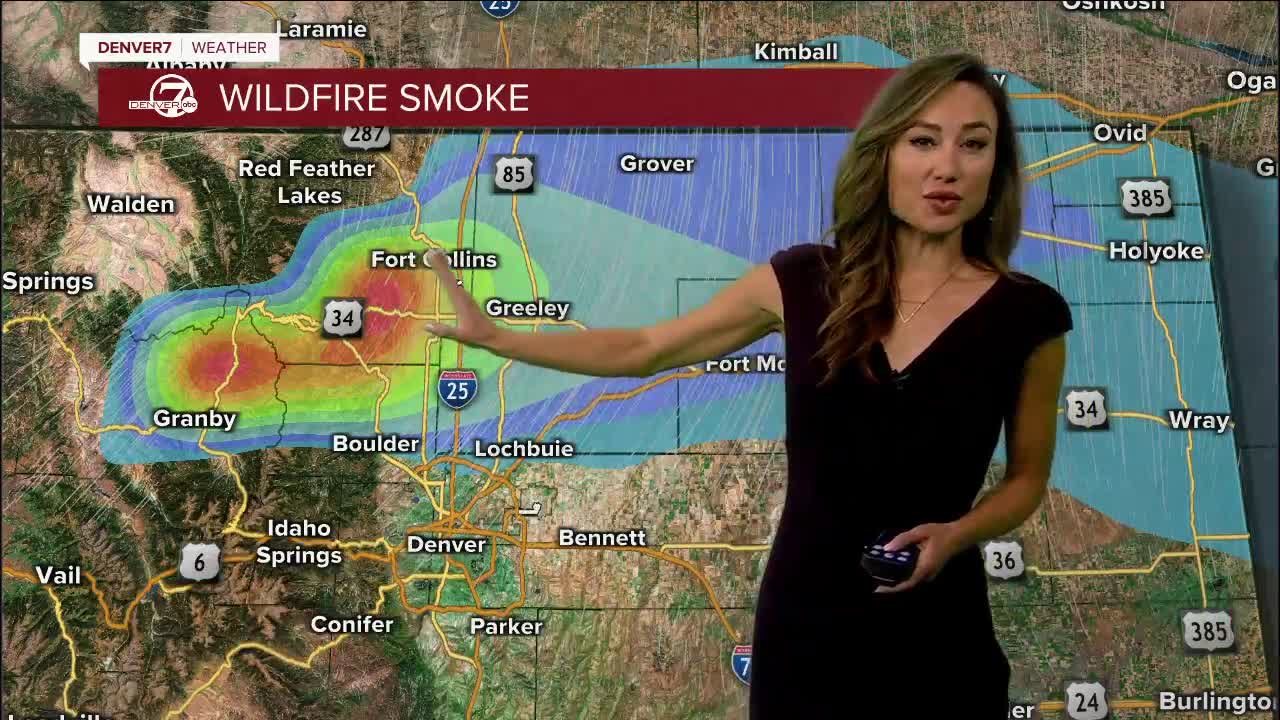 DENVER – Fire danger will remain high in Colorado’s mountains and foothills Thursday after red flag conditions caused the East Troublesome Fire in Grand County to explode in size, growing by more than 100,000 acres from Wednesday morning to Thursday morning.

Red flag warnings went into effect at 10 a.m. and will remain in effect until 7 p.m. for the counties in which the East Troublesome, Middle Park, Cameron Peak, Calwood and Lefthand Canyon Fires are burning, according to the National Weather Service.

Relative humidity in those areas is expected to be in the teens, with winds sustained at 10 to 20 miles per hour and gusting out of the west-southwest from 25 to 50 miles per hour at the higher elevations ahead of a northerly cold front expected to move into the northern areas of the state early Thursday afternoon.

The smoke from the wildfires led to an Action Day for Particulates from the smoke for the metro area that is in effect until 4 p.m. Thursday and an air quality health advisory for wildfire smoke in effect in Grand County until 9 a.m. Friday.

But the cold front moving into Colorado Thursday afternoon are expected to tamp down winds in the mountain valleys by the evening hours and push up humidity levels. In the foothills and plains, some freezing drizzle or snow is possible.

The National Weather Service said the inversion persistent across the metro area Thursday morning could deepen to close to the Continental Divide once the second front moves through in the afternoon.

That front will bring much colder weather to Colorado starting Saturday evening, with temperatures expected to be below freezing across much of the northern half of the state on Sunday into Monday.

Snow is expected to fall starting Sunday and will move its way south across the state into Monday. While there remained some uncertainty regarding snowfall amounts in the storm, early forecasts suggest between a trace of snow and up to 6 inches for the plains and urban Front Range, with the mountains seeing up to a foot of snow, according to the National Weather Service.

The latest snowfall probabilities posted by the National Weather Service Thursday evening show Denver receiving around 5 inches in the weekend storm and 8-12 inches in the foothills and mountains.

Cold and snow are on the horizon starting late Saturday and continuing through Monday. Here are our latest snow totals. Check https://t.co/4XZ2iHjcLA often for updates between now and then #cowx pic.twitter.com/zuw0zREL2K