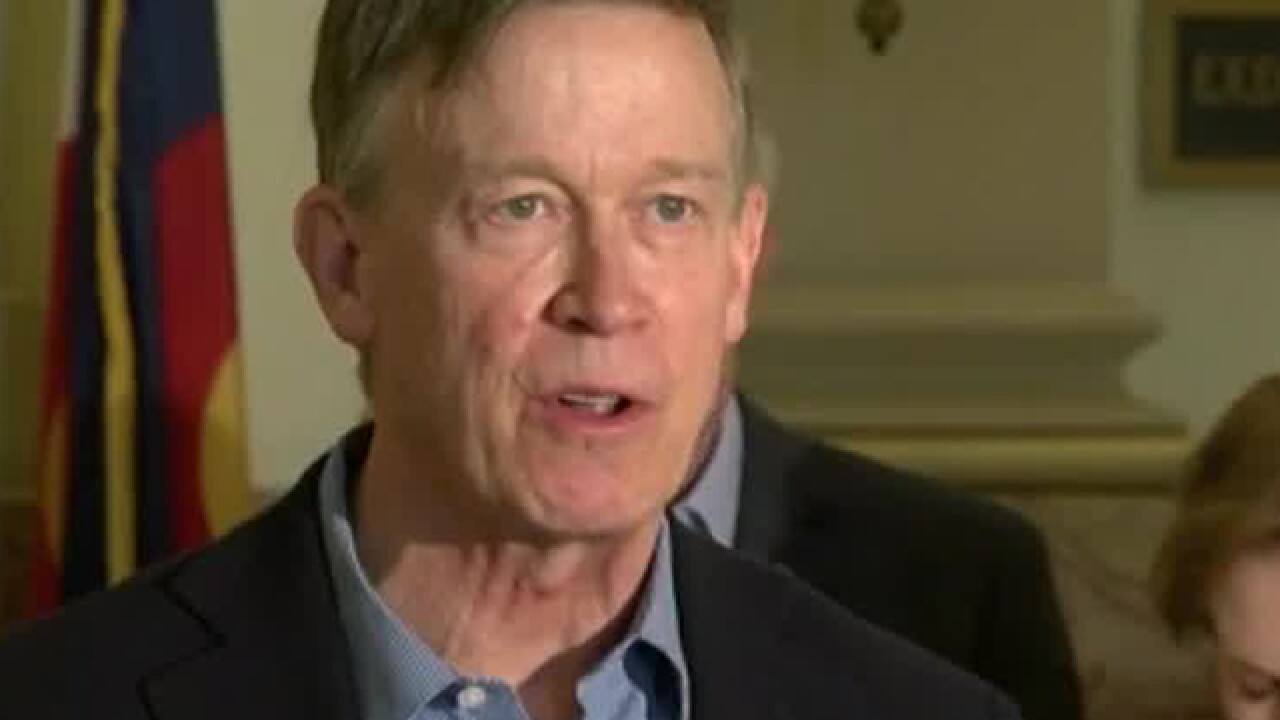 Copyright 2018 Scripps Media, Inc. All rights reserved. This material may not be published, broadcast, rewritten, or redistributed.
<p>Colorado Gov. John Hickenlooper on Wednesday implored people to continue visiting Durango to help support its economy as the 416 Fire burns 13 miles north of the city.</p>

“Durango is open for business,” Hickenlooper said as he kicked off a news conference at the state Capitol along with Lt. Gov. Donna Lynne and other state and federal fire officials, who just returned from a visit to the area.

“Durango, probably their greatest risk right now is people are going to be looking at canceling visits down the road. I understand where people are coming from, but it’s certainly unnecessary,” Hickenlooper said. “If you want to help the people of Durango and La Plata County, go down to Durango and visit.”

Some Durango residents and small business owners have told Denver7 crews they are concerned what the perception of the fire might do to the local economy, which depends heavily on tourism to area scenic railroads, the Animas River, Purgatory Resort and the patronage of local businesses in the city.

The Durango Area Tourism Office told the Durango Herald last week that tourism to the area had been largely unaffected, but the general manager of the Durango & Silverton Narrow Gauge Railroad said if a lengthy closure of the rail line is put in place, it could cost the area economy millions.

“It is all speculative at the moment,” Durango & Silverton Narrow Gauge Railroad marketing director Christian Robbins told Denver7 Wednesday. “I monitor all our social media and the comments don’t surprise me, but we are not making any long-term decisions until we get through this together as a community.”

Hickenlooper acknowledged the concerns about the local economy Wednesday.

“I think everybody is worried. We know from experience, when you have natural disasters, often times where damage really occurs is when people interrupt and disrupt their travel plans, and a lot of the small business in the affected areas really suffer,” he said.

Several fire officials talked about the ongoing work firefighters have been doing on the 416 Fire, which despite being an estimated 27,420 acres in size Wednesday morning, had not claimed any homes. “Everyone needs to do their part,” said one official.

The fire was 15 percent contained as of Wednesday morning, and a handful of homeowners had been evacuated in San Juan and La Plata counties were allowed to return Wednesday, though they were still on pre-evacuation orders.

There are also several other fires burning in the state and region, including the Buffalo Fire burning in Summit County, which has forced more than 1,300 homes to be evacuated. Hickenlooper said that emphasizing the public safety concerns would hopefully mitigate any hesitation by people to travel to the areas that are affected.

“One of the big reasons to speak out today and make sure we emphasize again that public safety is our highest priority is we’re not going to let people go to any place that is unsafe,” Hickenlooper said. “Durango is safe and we’ve just got to make sure people hear that. It’s a safe, wonderful place to be.”