Here's when to expect snakes back out on Colorado trails 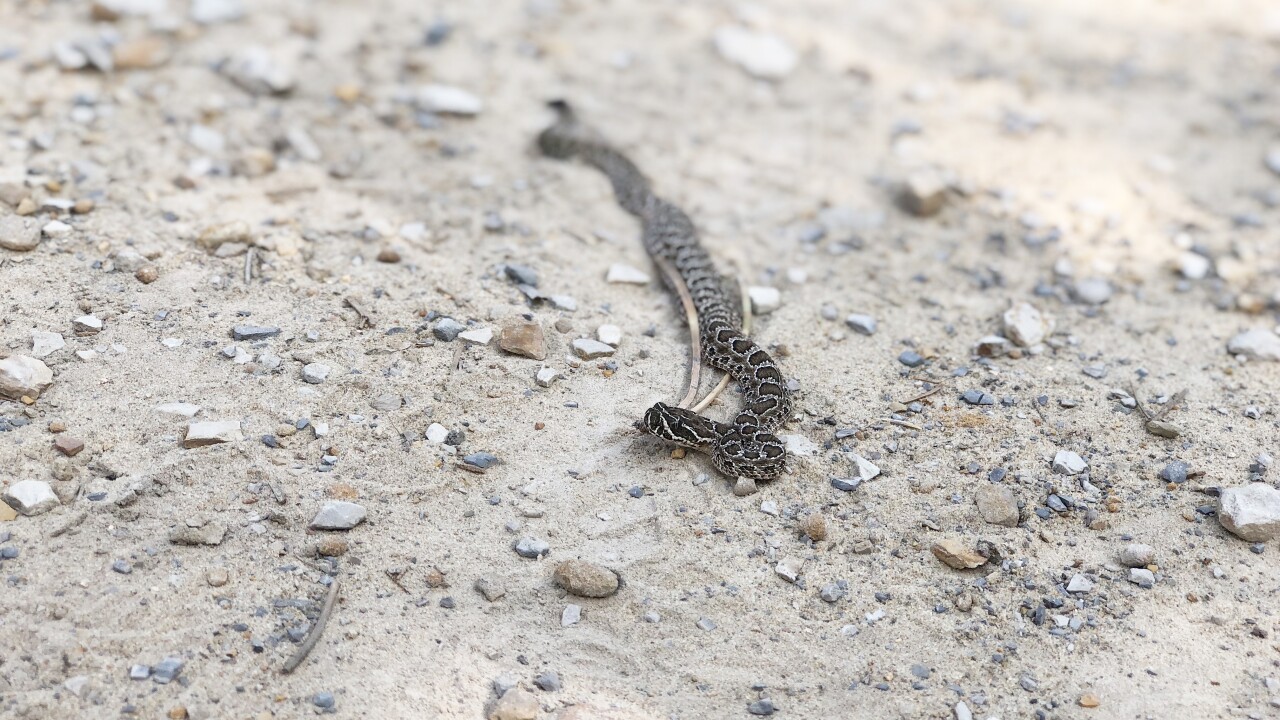 A baby rattlesnake cross the trail on Dakota Ridge Trail near Red Rocks.

If you’ve been enjoying the snowy trails along the Front Range recently, you didn’t need to worry about snakes, as they were sheltered in their winter dens underground.

But as the snow melts and temperature warms, these Colorado natives will start to slither their way out of the Earth for spring, summer and fall.

Colorado Parks & Wildlife said snakes typically resume their normal activities in April or early May. Once the adults are active again, they can migrate several miles from their dens as they search for food.

Because snakes are cold-blooded, they will typically seek out warm surfaces and bask in the sun during the spring and fall, when temperatures stay cooler than the summer, CPW said. Outdoor enthusiasts should expect to see snakes on pavement, trails and rock outcroppings during those seasons. During the summer months, they tend to switch between time in the sun and time in the shade.

Snakes will usually hunt in the late afternoon and evening, once they have become warm enough for that sort of activity.

Should you encounter a snake on Colorado’s trails, don’t panic. They don’t see humans as a food source and in most cases, will only attack if they feel threatened or are stepped on. CPW recommends simply backing away and taking another route. Never try to move, play or harass the snake (or any wild animal, for that matter). About one third of people who are bitten were trying to handle or kill the snake, CPW said.

It is illegal to kill a rattlesnake in Colorado if it is not posing a threat.