Here's how to stick to your 2019 New Year's resolution 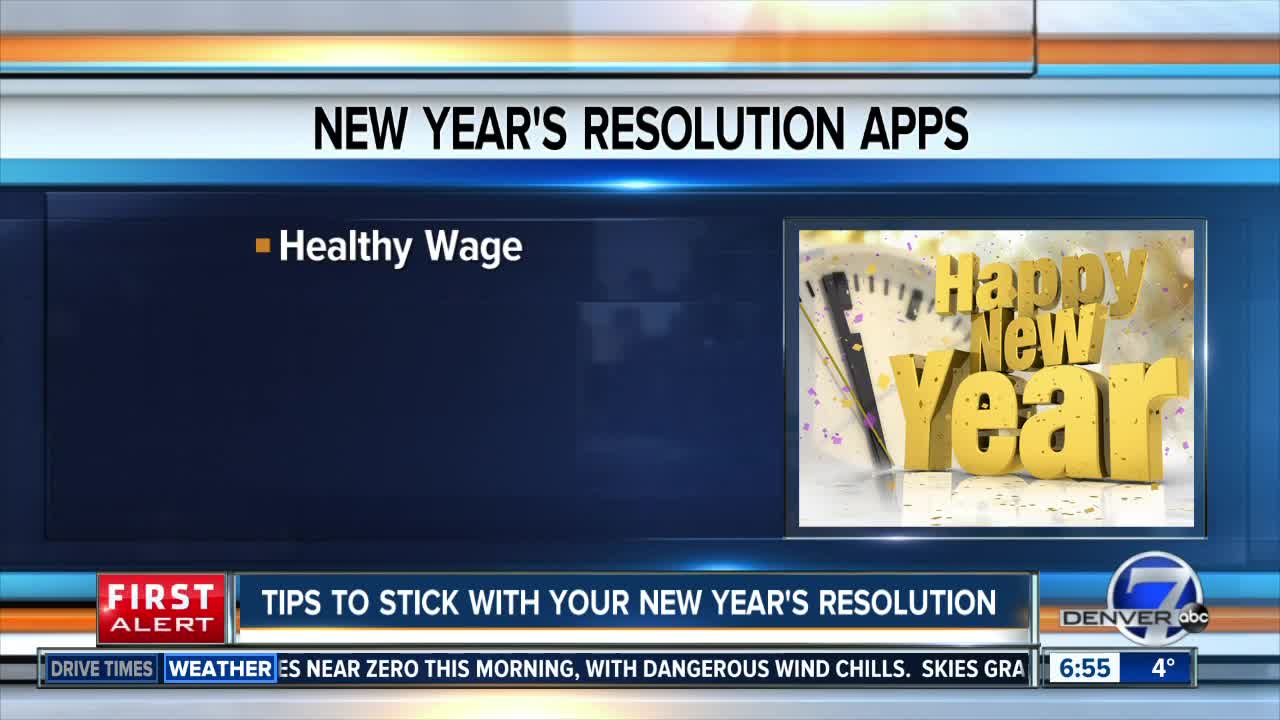 What are some ways of sticking to your New Year's resolution goals for 2019?

Sticking to New Year's resolutions requires motivation, action and continued dedication. Unfortunately, your own brain may be hindering your success.

University of Colorado at Boulder Psychology and Neuroscience Professor Randy O'Reilly said it starts the moment you set a goal.

This biological method of conserving energy can affect your motivation to try anything new. That's why New Year's resolutions can be a useful way to kickstart your goals.

"You say, 'I'm starting fresh,' and that gets you over that threshold," O'Reilly said.

But the problem with most resolutions isn't starting them, it's sustaining them past a few weeks. Professor O'Reilly says this is where the neurotransmitter dopamine plays a key role.

"We think of dopamine as the pleasure drug but it’s actually something that is relative to your expectations. You only get dopamine when something happens different than what you expect," he explained.

When you start out on your new year's resolution, dopamine is in high supply and making you feel good. But eventually, as most of us have experienced, the new feeling wears off.

Professor O'Reilly says one way to overcome this is by setting smaller goals. Rather than focusing only on the big picture, setting incremental goals can help trigger the dopamine effect every time you reach a new benchmark. It's also helpful to focus on the other benefits of your new habit. For example, if you weigh yourself and the number on the scale hasn't moved, try to think about how your new diet and exercise plan is making you feel healthier, or sleep better.

Another time tested way to increase motivation is through rewards, or perhaps even better, punishment.

"The threat of a negative is really strong," said O'Reilly, but he added that it's best if you can turn the threat of punishment into some kind of positive benefit.

There are several apps that take advantage of this phenomenon using a monetary incentive. You put up some amount of money as a "bet" on yourself. If you don't reach your goal, you lose that money. If you are successful, you keep your cash, and you might even win more money. Apps like Healthy Wage, Stickk and 21habit allow you to set a variety of measurable goals like weight loss, saving money, or quitting smoking.

Once you have these tools in place, don't expect major changes to come easy. Professor O'Reilly says there are factors about our personalities that are hardwired.

"These synapses get formed and shaped and it’s really hard to change," he said. "Statistically people have a very hard time changing those basic temperamental factors about themselves."

"Try to find something that’s kind of in the zone, that's manageable," said O'Reilly. "There are certain things that everyone can do that are generally beneficial that don’t require, you know, the "new you."