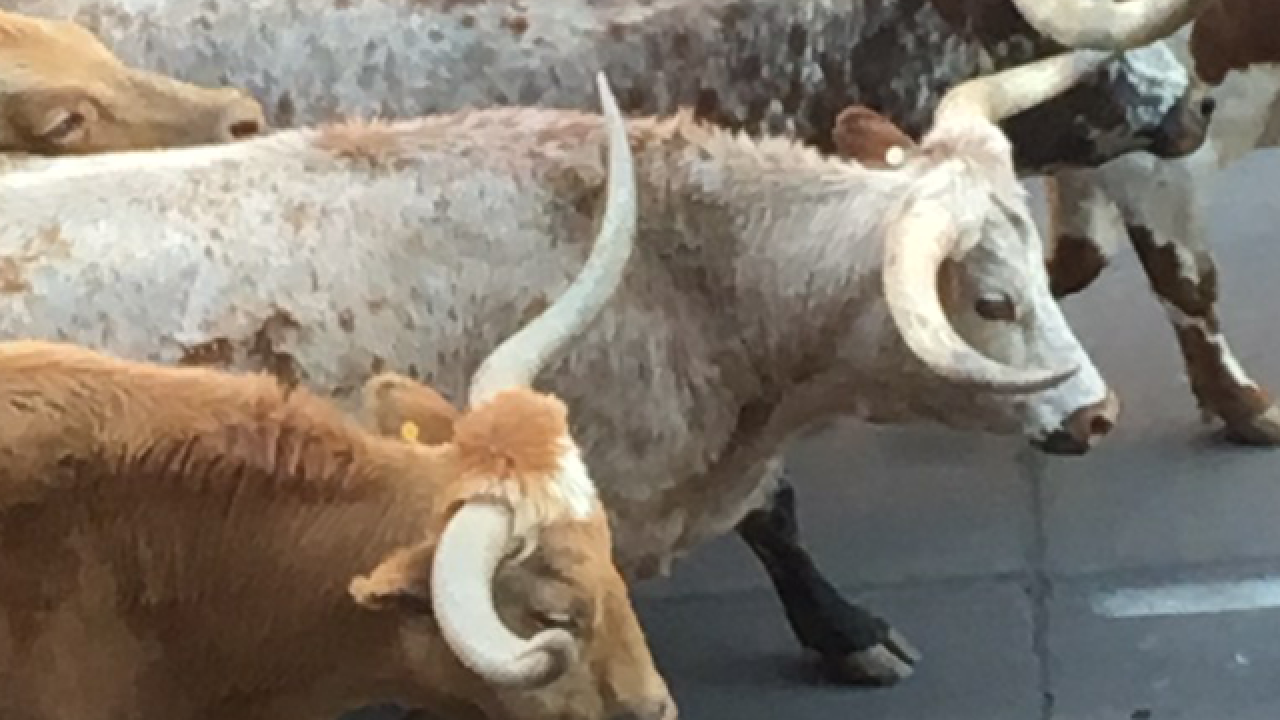 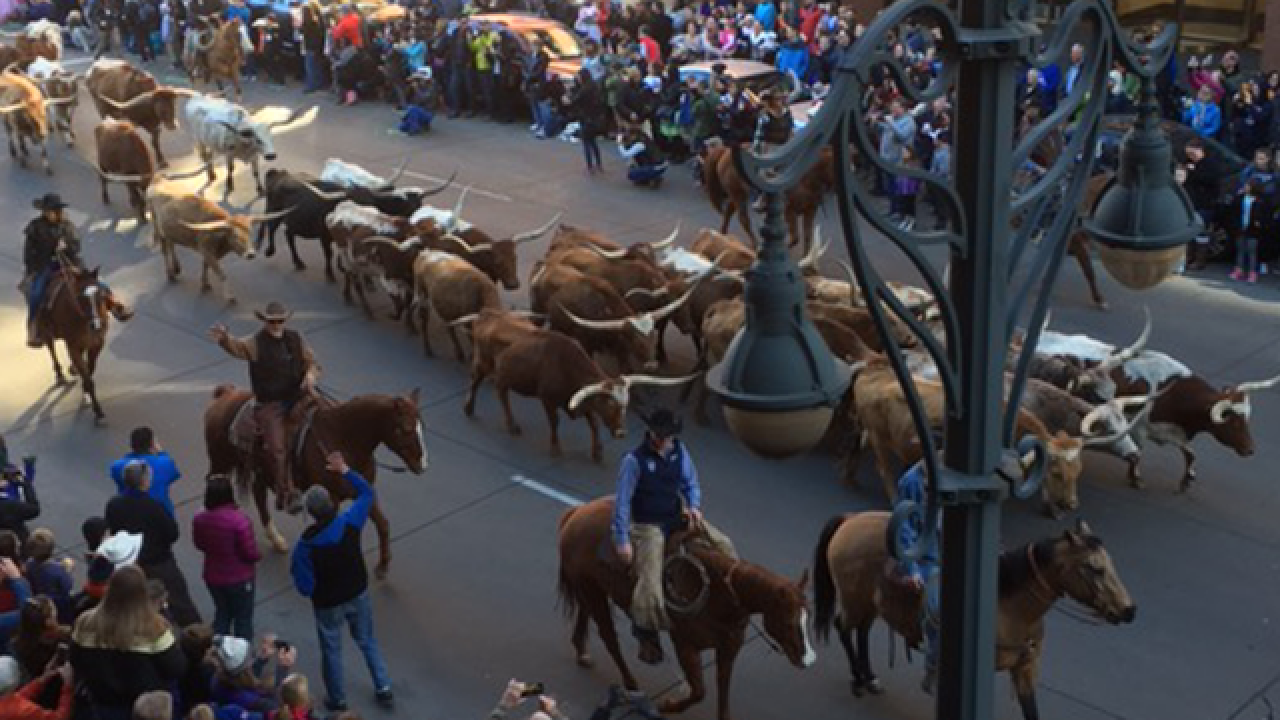 Seventeenth Street was lined with boots, chaps and cowboy hats as the herd of cattle moved 15 blocks down the downtown street. The parade, led by Broncos mascot Thunder, began at Union Station at high noon.

The tradition of parading cattle through the streets of downtown Denver began in 1984 and serves as a way to kick off the National Western Stock Show, which opens Saturday.

The 16-day event at the National Western Complex is held every year and will showcase nearly 30 professional rodeo performances and several horse and livestock shows.

This is the 112th year for the National Western Stock Show. See the schedule of events and get tickets on the stock show's website.