Hells Angels member gets $25,000, apology for mistreatment during 2018 traffic stop 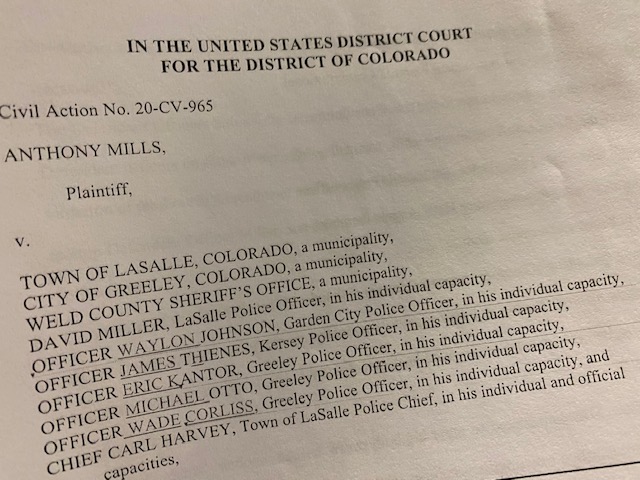 A member of the Hells Angels motorcycle club received $25,000 and an apology from LaSalle, Greeley and the Weld County Sheriff's Office following what was described in a lawsuit as an unlawful and terrorizing stop. 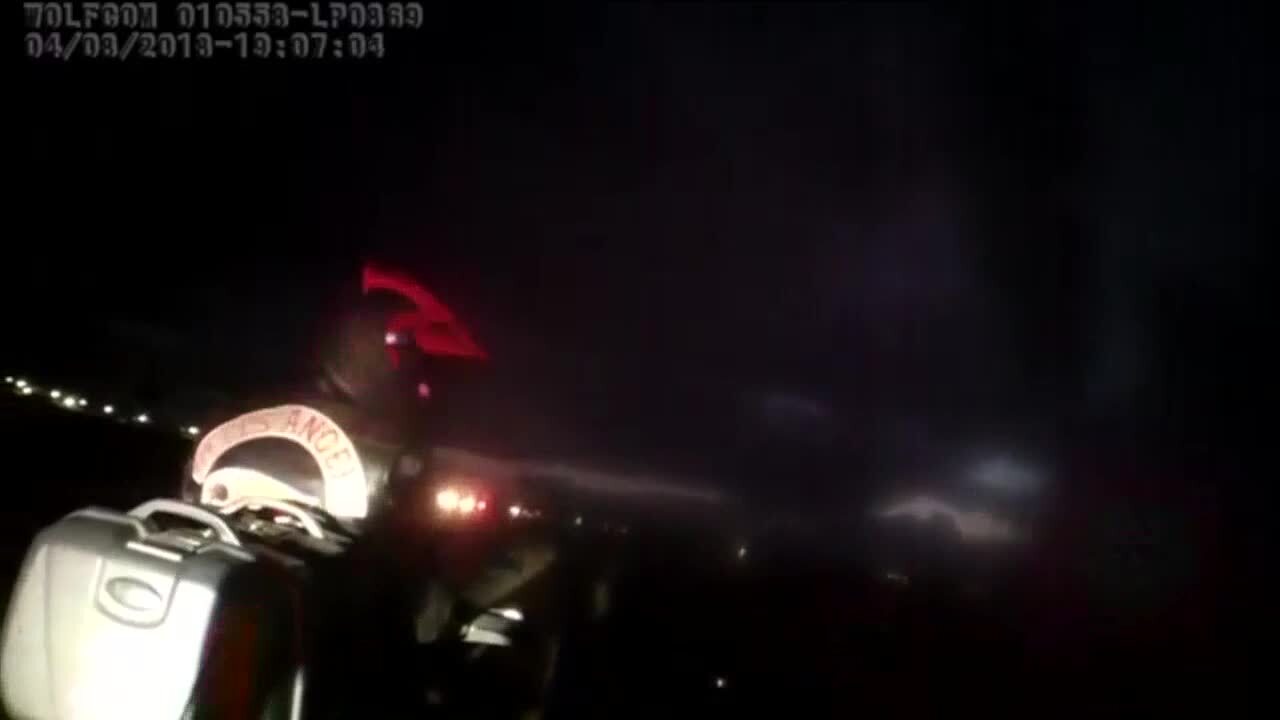 DENVER — A member of the Hells Angels motorcycle club received $25,000 and an apology from authorities in LaSalle, Greeley and Weld County following what was described in a lawsuit as an unlawful and terrorizing stop in 2018.

Anthony Mills and his friend, Theodore Simpson, were driving home from a restaurant at 8 p.m. on April 8, 2018.

As they traveled southbound, through LaSalle, police officer David Miller pulled both of them over.

He's heard saying on body cam video, "The reason I pulled you over, you were going way too fast."

Once Miller noticed that both men were wearing Hells Angels motorcycle jackets, it became much more than a routine traffic stop.

According to the lawsuit, at least a half dozen officers from various jurisdictions were involved in the traffic stop.

"All the patrol cars activated their spotlights, headlights and overhead lights to completely blind the plaintiff, Mills, and his friend," the lawsuit stated.

The court document added that both men complied when ordered to get off their bikes and put their hands in the air.

When asked if they had any weapons, both said they had leathermen knives. Additionally, Simpson said he had a pistol in the enclosed saddlebag.

Miller and other officers joked that "warmer weather brings out" Hells Angels.

The lawsuit alleges that Miller said, "Let's see if he's got any felony convictions," so they could "get him for the firearm."

Neither the plaintiff nor Simpson had any meaningful criminal history or warrants, but Miller continued to detain them.

As Miller finished writing Mill's speeding ticket, he overheard on the radio that there had been an alleged assault at the Tilted Kilt in Greeley that may have involved a motorcycle gang.

The lawsuit states there was no match of descriptions, but "it was the custom and practice of these police agencies to harass and detain citizens associated with Hells Angels for as long as possible, regardless of whether there was justification for doing so."

The officers loudly discussed not letting either man go until Greeley drove a witness down from the Tilted Kilt for drive-by identification purposes.

"I have no problem holding these (expletive) until Greeley gets down here," Miller said, to laughter from the other officers.

Attorney Sarah Schielke, of the law firm Life and Liberty, said Miller made both Mills and his friend stand out in a traffic lane until the officer from Greeley brought the Tilted Kilt witness down for a look.

He then joked about taking 25 minutes to write out the speeding ticket.

The lawsuit states that for the next 30 minutes, the officers stood around laughing, talking about the things they'd done to other Hell Angels members, while Mills and Simpson were still standing where they had been instructed, still being blinded by the flashing lights.

One officer described how he had "almost tased a guy off a motorcycle."

Another officer said, "Well, if either one of them, (Mills or Simpson) gets it, it's the tall dude."

That was all within earshot of the motorcyclists.

"Regardless of how much that’s a joke, it is sowing the seeds of, and watering a plant of, a culture within police that would be more likely to pull the trigger on people later," Schielke said, noting that not one officer spoke up and said that was inappropriate.

"That's very damning and concerning for the state of policing," Schhielk told Denver7. "When officers openly discuss their disdain for one group of citizens they've sworn to serve and protect, and make jokes about killing those citizens for paid vacation leave, what they're doing is normalizing police misconduct and murder."

She said police in LaSalle and Greeley and the Weld County Sheriff's Office were initially reluctant to settle, but after Black Lives Matter protests drew more attention to police misbehavior in Colorado, they changed their minds.

The defendants settled the lawsuit, paying Mills $25,000 and they issued an apology.

"That was particularly important for Mr. Mills — that the officer that made the comment no longer be employed at that agency," Schielke said.

Schielke said the request that Miller resign or be fired would have been a non-starter back in April, when they first filed the lawsuit, but after an entire summer of protests and marches, it became a different story.

"The culture and climate has changed quite a bit since then," she said.